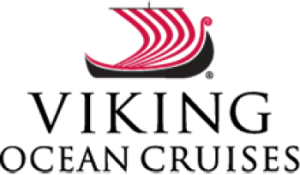 Viking Venus launched with an array of sell-out UK staycation sailings in spring 2021, joining a Viking Ocean fleet described by Architectural Digest as boasting ‘one of the most luxurious and design-forward vessels sailing today’.

As with its identical sister ships, Viking Venus adopts Scandinavian style and simplicity in its approach to interiors. Small and effortless in the way it visits exclusive ports of call around the world, the seventh and most recent addition to the Viking Ocean fleet carries just under a thousand guests.

There’s a spa-like ambience to Viking Venus, mid-century style furniture accessorised with wolf skin throws in a Mamsen’s living area warmed with a very realistic looking open fire (it’s actually water vapour and you’ll find the same effect in the Nordic spa – our favourite at sea by far!) It’s difficult to imagine a more relaxing place to spend a few hours with a book than the Wintergarden, a calming conservatory-like lounge that feels bright and airy even in destinations where the weather maybe is not. It’s also where you’ll find what might well be a contender for the best afternoon tea we’ve had the pleasure of tucking into.

Bringing the outside in is a huge element of Viking Ocean design and its something many have since sought to recreate. Viking Venus does it well, from the infinity pool overlooking the wake to the main restaurant’s floor-to-ceiling windows that gaze out on the deck. The food on a Viking Ocean cruise is a delight and all meals are included in your fare, from the aforementioned afternoon tea to traditional waffles made to a family recipe at Mamsen’s Deli, Roman trattoria-inspired cuisine at Manfredi’s and al fresco lunchtimes in the Mediterranean on the Aquavit Terrace; Viking’s ships feature more outdoor dining than any ship at sea.

Viking Ocean describe themselves as ‘the thinking person’s cruise line’ and Viking Venus continues the theme with entertainment that goes beyond the usual stage shows. Designed by travellers, for travellers, your destinations are the star of the show and activities on board revolve around exploring the cultures and lifestyles of your port stops. There’s an air of spending days doing as little as you like, and you’ll find many a Viking Ocean guests loves nothing more than breaking up the port visits with hours reading, swimming, hiding in the spa and just generally watching the world pass by.

Included in your Viking Venus cruise

Empires Of The Mediterranean - Venice To Athens 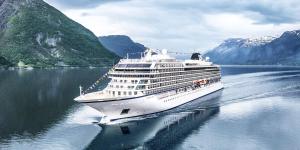 Viking Ocean to Launch New Ship, Viking Saturn, in 2023 Viking Cruises has revealed it will launch another oceangoing ship. The 930-passenger Viking Saturn will join the fleet in early 2023 and will feature Viking… Viking Takes Official Delivery Of Viking Venus Viking Venus has joined the Viking fleet of ocean ships, after the cruise line took official delivery of the 930-passenger ship. Built at the Italian…
All News