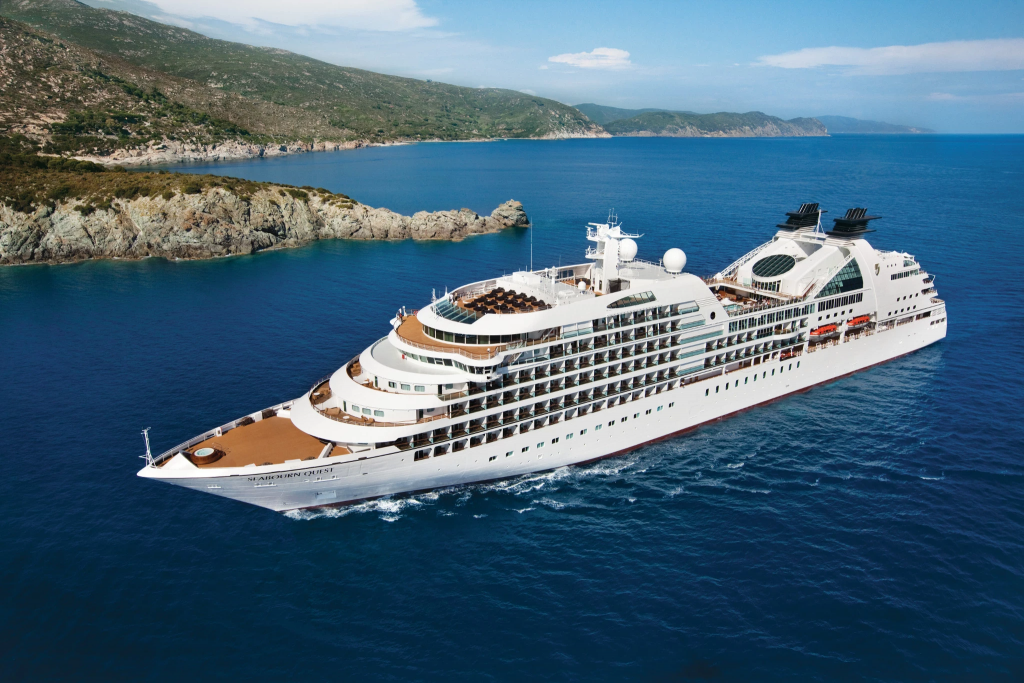 The largest city on the Amazon and the main port for export and import on the river. It is actually located on the Rio Negro a few miles from where it meets the Rio Solimoes to form the Amazon at the famous Meeting of the Waters. The Teatro Amazonas is an Italian Renaissance Opera House constructed of imported materials, which hosted world-famous artists at the height of the rubber boom.

The largest city on the Amazon and the main port for export and import on the river. It is actually located on the Rio Negro a few miles from where it meets the Rio Solimoes to form the Amazon at the famous Meeting of the Waters. The Teatro Amazonas is an Italian Renaissance Opera House constructed of imported materials, which hosted world-famous artists at the height of the rubber boom.

At this river town on the Amazon, there is a center that illustrates the history of mankind, both indigenous and immigrant, in the Amazonia region.

Santarem is a busy port for the trade flowing up and down the Amazon between the Atlantic and the inland forests. The most famous site for visitors is the “Wedding of the Waters” where the clear, dark Tapajos River meets the muddy ochre Amazon. Due to their different densities, they flow alongside each other for quite some distance, between the same banks. Local boats specialize in taking visitors to the site. Local markets are fun to explore, and other excursions include visiting the smaller tributaries and forests, and fishing for the infamous piranha fish.

An optional opportunity to join the naturalists among your onboard Ventures by Seabourn expedition team on a zodiac adventure exploring the banks of the Guajara River — a tributary of the Amazon. At riverside buffalo farms, take advantage of the chance to interact with the ‘caboclos’ – the people who have adapted to living and working in close association with the river, and to learn about their lifestyle. As you pass through an area of gallery forest, keep an eye out for some of the many colorful tropical bird species that inhabit the region, as well as reptiles and mammals that may be glimpsed either in the trees or on the banks. The elusive pink river dolphins called ‘botos’ frequent this area as well. Caboclo legend maintains that the dolphins possess the capability to transform themselves into handsome young men at night, and seduce unwary maidens living in the riverside communities.

If you are a “pollywog,” who has never crossed the line at sea, you will be expected to undergo a mock trial by King Neptune and his court for the entertainment of the “shellbacks” who have already done so. Mild but hilarious indignities will be conjured, and in the end a good time will be had by most, if not all.

Before they were a notorious penal colony, the Iles de Salut (Islands of Salvation) provided French colonists with a welcome escape from the fever-ridden jungles of the Guiana mainland. Lying ten miles off the coastline, and swept by treacherous ocean currents, the trio of small islands provided a perfect isolated location for incarcerating criminals without danger or expense, since the shark-infested sea and the trackless jungles ashore precluded any possibility of escape. All three islands, popularly known as Devil’s Island, were used as a prison from 1852 to 1953. Your day is free to explore the prison ruins or search for signs of the surprisingly abundant wildlife.

Barbados has retained many of the trappings of its British colonial heritage. Judges and barristers wear proper robes and wigs, police don helmets styled after London bobbies and cricket remains a national passion. Barbados also has all the sporting appeal of the rest of the Caribbean, with pristine beaches, powerful surf and crystal clear waters. Brightly colored homes and hibiscus flowers mingle with mahogany trees and English churches dating back to the 17th century.

Fort-de-France, Martinique’s capital, with its narrow streets and iron grill-worked balconies, brings to mind New Orleans or Nice. This distinctly French island is a full-fledged department of France, with members in parliament and the senate. Naturally, everyone speaks French, as well as a rapid-fire Creole. The island features a varied landscape, from quiet beaches to lush rain forest to imposing Mont Pelee. Not surprisingly, the shopping in Fort-de-France has a decidedly Gallic flair. Bienvenue to this bit of France in the Caribbean.

A classic golden arc of sugary sand at South Friar’s Bay, Carambola is home to the island’s most luxurious beach clubs and restaurants. Umbrellas, loungers and optional water sports abound for those so inclined. Otherwise St. Kitts has other attractions, including a number of lovingly preserved plantation great houses, the UNESCO World Heritage Site of Brimstone Hill Fortress and a scenic narrow gauge sugarcane railway.

St. John is the smallest of the three major U.S. Virgin Islands. Some two-thirds of its area, and large stretches of its coastal waters, are now included in the Virgin Islands National Park. It was established in 1956 on the initiative of Laurence Rockefeller, who bought this former sugar island and donated the land to the American people. St. John is now a great attraction for nature lovers and diving enthusiasts, with its small population living mainly from tourism.

Puerto Rico has been voluntarily associated with the United States since it was ceded by Spain in 1898. In 1952, this island country became a self-governing commonwealth territory of the United States. The capital, San Juan, is a teeming city of over 1.5 million. Remnants of colonial architecture stand side by side with the most modern high rises in this city of contrasts. The 7-square-block area, which contains the historic zone of Old San Juan, was once completely encircled by city walls and is still guarded by the impressive forts of El Morro and San Cristobal, which loom over the harbor as reminders of the centuries of Spanish rule. El Yunque rainforest, on the northeastern side of the island, is just one of many distinctive geographical features found here. Mountain lakes, waterfalls, teak forests, and three magnificent phosphorescent bays offer the visitor a variety of diversions.

Miami is the busiest cruise port in the world, hosting a myriad of ships year-round from all over the globe. Although it is technically not on the Caribbean Sea, no other American city exudes more of the diverse tropical appeal of the Caribbean. The city is home to a large and vibrant immigrant population that blends snowbird refugees from more northern climes with emigres from all Latin America and the Caribbean, as well as sizable groups from Europe, the Middle East and Asia. From the hot-blooded Art Deco haunts of South Beach to the natural wonders of the UNESCO-inscribed Everglades and the laid-back charms of the Keys, South Florida offers a bounty of appealing attractions that make an extended stay in the region nearly mandatory for those either embarking or disembarking here.