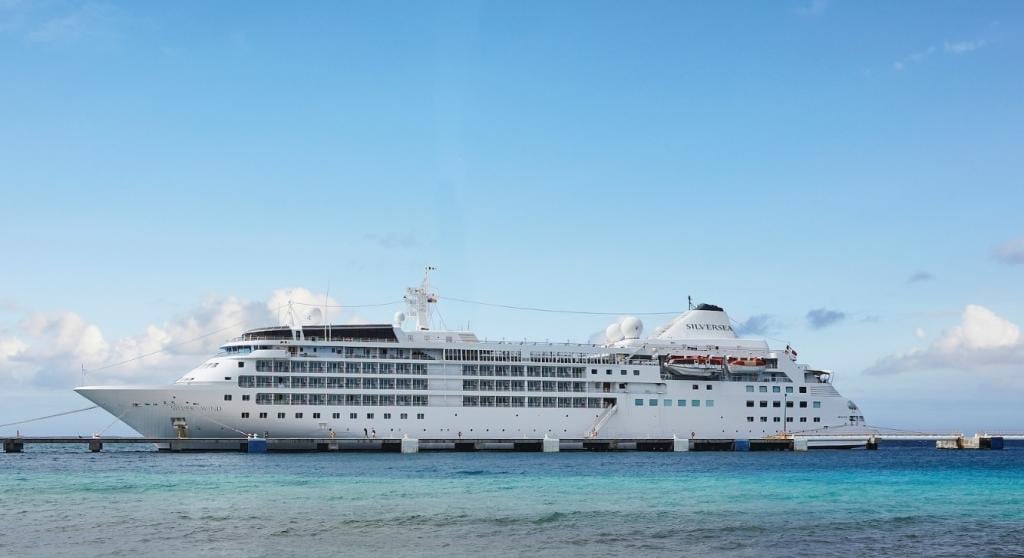 Capital of Senegal, and a major gateway to Western Africa, the former colonial trading post of Dakar stamps the Cap-Vert peninsular with glorious surf-fringed beaches. Enjoy the thrum of markets – where colourful textiles are exchanged – and wander streets where jazz, sambar and mbalax spill from every ajar door. Offering tropical island-style beaches in an incongruous urban setting, Dakar is a wild and urgent experience for the senses. Watch on as surfers revel in consistent rollers on this, the most westerly peninsula of continental Africa.

Scuba divers can explore worlds below the surface in Dakar’s diving areas, or you can head to sandy beaches like Plage des Mamelles’ cove, which provide endless options for cooling off. Looking for a little more activity, loosen up and play on golf courses that unroll along the sun-kissed Senegalese coastline, or visit startling natural sites like the vivid pink water of the salty pink Lake Retba. Cultural relevance abounds in Dakar – those wanting to delve a little deeper into the dark history of Senegal should visit the House of Slaves on the UNESCO World Heritage Site listed Goree Island, or duck into the Theodore Monod Museum to pour over an incredible collection of masks, artefacts, and treasures. Sandaga Market is a full-on experience of choreographed chaos, sound and flavours. Tear into fish fresh off the boat, and don’t be afraid to get your hands a little greasy while handling Dibi – the national street food – soft mutton, simmered with onions and zesty orange spice.

Fogo and neighboring Ilha Brava are the southernmost islands of Cape Verde and at the western end of the Sotavento group. Unlike some of the other islands in the archipelago which were named after saints, Fogo’s name goes back to the volcanic activity of its dominant feature Pico do Fogo, at 2,829 meters the highest elevation of Cape Verde and also its largest volcano.

Porto Novo is found on Sao Antonio, the northwesternmost of the Cape Verde Islands, and is the island’s largest town with approximately 17,400 inhabitants. Located on Sao Antonio’s southeastern and arid side, Porto Novo began as a fishing village and only in 2005 it was recognized as a city. Since the island has no airport and Porto Novo faces the town of Mindelo on the island of Sao Vicente, this harbor is the main link to the other islands in Cape Verde and the outside world. View less

A monument above the port shows a woman waving goodbye to those emigrating from the Cape Verde Islands. Roads leading out of Porto Novo have to either go along the impressive northeast coast or cross the island’s mountains through a rugged and even more spectacular landscape. The third highest peak of the Cape Verde islands at 1,979 meters is the Tope de Coroa to the west of Porto Novo.

Dakhla is located at the end of a 40km narrow peninsula on the Atlantic Coast about 340 miles south of Laayoune, in Morocco’s Western Sahara. Unlike most of Morocco, this part of the Sahara was founded by Papal bull in 1502, and travellers to Dakhla will find a village that is closer to the Canary Island experience than North Africa. 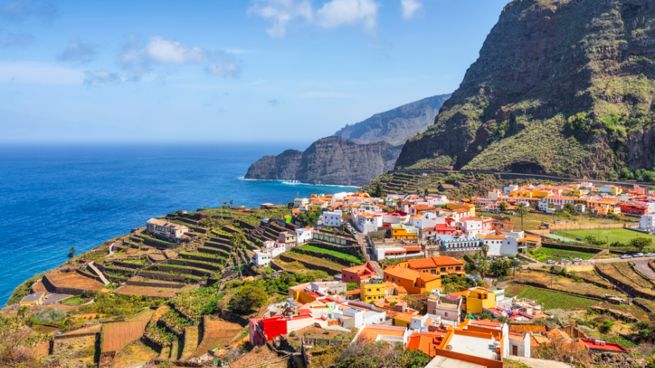 Unspoiled, green and lush, this UNESCO Biosphere Reserve has many secrets to reveal. A Canary Island capital like no other, life is lived at a refreshingly lackadaisical pace here. Wander between San Sebastian’s faded pastel hues, which spill across the coastline, and bathe in this seaside city’s warm sunshine, as waves splash onto sunny beaches. A sleepy capital city, travellers have been resting, relaxing and rejuvenating here for centuries – including Christopher Columbus, whose presence remains in museums dedicated to his visit. View less

He called in to restock water supplies while voyaging to discover the new world. Silbo, an extraordinary whistling language, used to communicate over great distances, adds even more cultural fascination to this luscious island’s mountain scenery, crafts and traditions. Head to beaches like Playa de San Sebastian to revel in the black volcanic sand that the Canaries are known for, and Playa de la Cueva, where you can look across to Tenerife’s soaring cone. Or explore this island’s own natural wonders, at the verdant terraced landscapes of La Gomera’s UNESCO World Heritage Site, Garajonay National Park. Trek through the trails of Laurisilva forests, laurel plants and heather trees. La Laguna Grande is another elegant location of colourful natural beauty, where island legends of witchcraft swirl. Discover ceramic traditions – handed down through generations – at El Cercado, where glazed jugs used to store chestnuts are moulded by hand. Squeeze more local charms into your bulging suitcase along San Sebastian’s pretty Calle Real street – where everything from palm honey to woven baskets and local snacks are up for grabs. Or settle into city squares, where life plays out in palm tree shade and café gatherings.

Las Palmas, with a population of about 350,000, is the largest city in the archipelago, situated on the northeast tip of the island. As befits a modern, active city, Las Palmas boasts a number of museums, lovely parks, beaches, and a lively nightlife, providing perfect diversions for the many visitors who flock here. The most important sites are found in Vegueta, the historical center in the southern part of Las Palmas. Among the attractions here are stately old homes with balconies facing narrow streets, of which the most prominent is the Casa de Colon, residence of the first governors of the island. From the south, the city hugs the coast up to the bustling areas of Puerto de la Luz and Santa Catalina, considered to be the modern hub of the city. Las Palmas also serves as the starting point to the spectacular interior as well as to the southern part of the island, where bustling resorts line popular beaches, and the famous sand dunes are found at Maspalomas.

Boasting an impressive 300 days of sun per year, there is a reason why Agadir is Morocco’s premier holiday resort. Nicknamed the “Miami of Morocco”, the resort has sea and sand in abundance, along with a dreamy 10 km beach – perfect for travellers who want sheltered swimming or enjoy water-based fun in the sun. By contrast to the rest of the country, Agadir is thoroughly modern. An earthquake destroyed the city in 1960, killing 15,00 in 13 seconds and leaving another 35,000 homeless.

In its place, and under the direction of Le Corbusier, a new city with a new direction was built. Instead of souks and medinas, think modern architecture, wide, tree-lined avenues, open squares and pedestrian precincts. Low rise hotels, boutiques and apartment blocks line the splendid waterfont. While all the original landmarks were destroyed (many not once, but twice, in the 1960 earthquake but also in the 1755 Lisbon earthquake), Agadir strove to rebuild as much as it could. Thus the fabled 1540 Oufla Fort, originally built in the mid-16th century by Saadian Sultan Mohammed ech Cheikh was painstakingly recreated with as much authenticity as possible. The ancient kasbah sits at an amazing vantage point (Oufla being the Amazigh word for ‘above’). The inscription “God, King, Country” over the entrance in both Dutch and Arabic is one of the few original elements and dates back to the middle of the 18th century, when the kasbah was initially restored. The Kasbah offer by far the best views of the city.

Lying in a natural harbour to the west of Morocco, Safi (formerly Asafi) carries the weight of legend. As one of the oldest cities in Morocco, it is thought to have been founded by Hanno the Navigator in the 5th or 6th century BC. The etymology of the city’s name allegedly comes from a sailor who got lost and sighed as he passed Safi’s coastline (Safi meaning “oh my regret”). However, there could be another, more literal translation. View less

In Berber, the word Asafi means to spill or flood, undoubtedly referring to the rich sea that makes Safi one of the biggest and safest seaports in the country. The city has been – and still is – a major player in Morocco’s trading industry. Its port has seen everything from gold in the 11th century to today’s principal export, sardines. Portuguese rule in the 1500s saw the Castelo do Mar be built, an imposing fortress that still presides over the city today. Under Portuguese rule, other Europeans came and by the mid-16th century, Safi was Morocco’s principal trading hub. This would all cease however under Sultan Mohammed ben Abdallah in the mid-18th century, who would order that all foreign trade must take place in his newly built city of Mogador (Essaouira). Famous for its pottery of all shapes and sizes, Safi is one destination where you will want to support the local economy. The potter’s quarter, just out of the city walls, boasts the country’s oldest kilns and is a mecca for all those who love both ceramics and tradition.

Lisbon, the capital of Portugal, is a city open to the sea and carefully planned with 18th-century elegance. Its founder is said to be the legendary Ulysses, but the theory of an original Phoenician settlement is probably more realistic. Known in Portugal as Lisboa, the city was inhabited by the Romans, Visigoths and, beginning in the 8th century, the Moors. Much of the 16th century was a period of great prosperity and overseas expansion for Portugal. Tragedy struck on All Saints’ Day in 1755 with a devastating earthquake that killed about 40,000 people. The destruction of Lisbon shocked the continent. As a result, the Baixa (lower city) emerged in a single phase of building, carried out in less than a decade by the royal minister, the Marques de Pombal. His carefully planned layout of a perfect neo-classical grid survived to this day and remains the heart of the city. Evidence of pre-quake Lisbon can still be seen in the Belém suburb and the old Moorish section of the Alfama that sprawls below the Castle of St. George.
Lisbon is a compact city on the banks of the Tagus River. Visitors find it easy to get around as many places of interest are in the vicinity of the central downtown area. There is a convenient bus and tram system and taxis are plentiful. Rossio Square, the heart of Lisbon since medieval times, is an ideal place to start exploring. After a fire destroyed parts of the historic neighborhood behind Rossio in 1988, many of the restored buildings emerged with modern interiors behind the original façades.
The city boasts a good many monuments and museums, such as the Jeronimos Monastery, Tower of Belém, the Royal Coach Museum and the Gulbenkian Museum. High above the Baixa is the Bairro Alto (upper city) with its teeming nightlife. The easiest way to connect between the two areas is via the public elevator designed by Gustave Eiffel.
Cruising up the Tagus River to the ship’s berth, you can already spot three of Lisbon’s famous landmarks: the Monument to the Discoveries, the Tower of Belém and the Statue of Christ, which welcomes visitors from its hilltop location high above Europe’s longest suspension bridge.