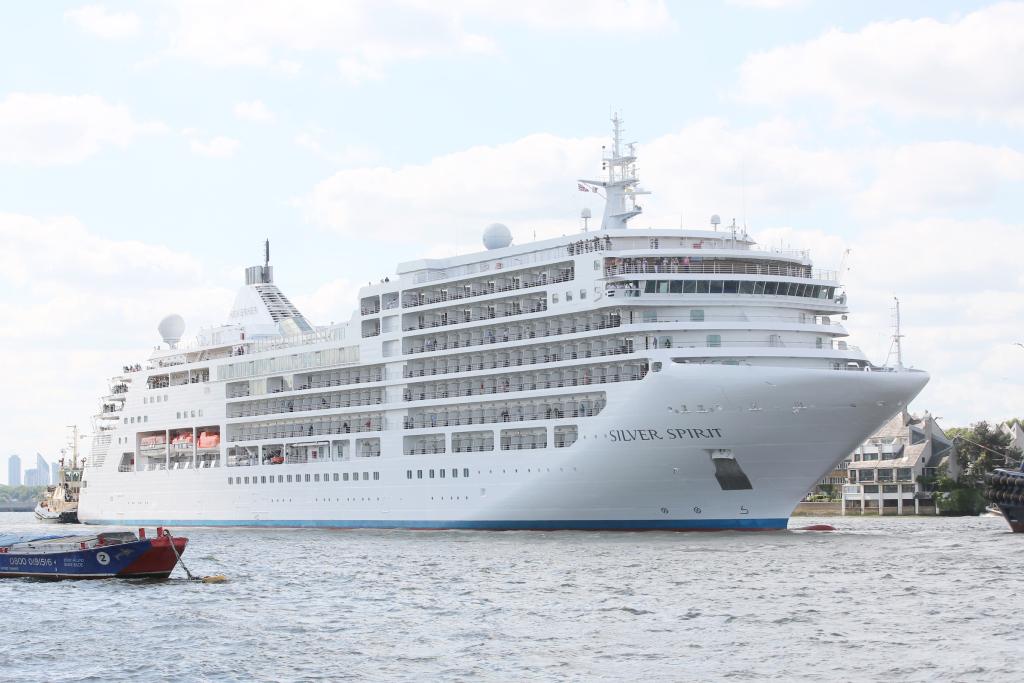 Like jade-colored jewels in the Indian Ocean, the more than 100 Seychelles Islands are often regarded as the Garden of Eden. Lying just four degrees south of the equator, the Seychelles are some 1,000 miles from the nearest mainland Africa. Little more than 200 years ago, all 115 islands were uninhabited.Then in 1742 a French ship dispatched from Mauritius sailed into one of the small bays. Captain Lazare Picault was the first to explore these unnamed islands. He encountered breathtaking vistas of rugged mountains, lagoons, coral atolls, splendid beaches and secluded coves. After Picault sailed away, the islands remained untouched for the next 14 years. Then France took possession of the seven islands in the Mahé group. During an expedition Captain Morphey named them the Sechelles, in honor of Vicomte Moreau de Sechelles.This name was later anglicized to Seychelles.
The first settlers arrived at St. Anne’s Island in 1770; 15 years later the population of Mahé consisted of seven Europeans and 123 slaves. Today there are about 80,000 Seychellois, the majority of whom live on Mahé; the rest are scattered in small communities throughout the archipelago.The people are a fusion of three continents — Africa, Asia and Europe.This has created a unique culture and the use of three languages — Creole, French and English.

Mahé is the largest island in the archipelago and the location of the capital,Victoria. Ringed by steep, magnificent mountains, few capitals can claim a more beautiful backdrop.The town features a mixture of modern and indigenous architecture; it is the center of business and commerce thanks to the extensive port facilities. Noteworthy sites in Victoria are the museum, cathedral, government house, clock tower, botanical gardens and an open-air market.

This small island, no more than four square miles in size, is Praslin’s beautiful neighbor and presents a picture of peaceful seclusion. Apart from a few minivans, the only other means of transport here are ox carts or bicycles. The island has two centers, La Passe where you come ashore via the ship’s tender and, just half a mile to the south, La Réunion. Both are on the island’s west coast and neither has more than a handful of dwellings, a few shops, bicycle and oxcart rentals. A perfect place to explore on one’s own, some of the beaches near La Passe are within easy walking distance. To venture further you may want to hire an oxcart or a bicycle. There is good diving practically anywhere in the waters around La Digue, as well as excellent snorkeling at Anse Patates and Anse La Réunion. Protected on all but its southeast shores by a magnificent encircling coral reef, La Digue retains all the fascination of an untouched world.
The road leading south from La Passe takes you past the charming La Digue Island Lodge and continues to L’Union Estate. The grounds feature a copra factory and an impressive tumble of granite rocks, at the foot of which live several giant tortoises. (There is a fee to enter L’Union Estate.) Further along the beach at Source d’Argent, a dirt path winds around heaps of giant granite boulders which present a popular subject for photo buffs.

Antsiranana, also known as Diego Suarez, is a port city in northern Madagascar. It sits on Antsiranana Bay, a vast natural harbor made up of several smaller bays. Offshore, conical Nosy Lonja, or Sugar Loaf Island, is considered sacred by locals. Long, sandy Ramena Beach lies to the northeast. The city’s French colonial architecture is highlighted by the old covered market and the ruins of the Hôtel de la Marine.

Located just off the east coast of Madagascar, Mauritius is fast making a name for itself as the tropical paradise of the Indian Ocean. A volcanic island approximately 10 million years old, Mauritius is thought to be the peak of an enormous sunken volcanic chain stretching from the Seychelles to Réunion. In fact, volcanic lakes and inactive craters can be found scattered throughout the island.

Mauritius also boasts a unique marine environment. Surrounded by one of the largest unbroken coral reefs on the planet, conservationists are now campaigning to protect its white coral sand beaches and fragile ecosystem.

Though it can be found on the maps of early Arab mariners, Mauritius remained uninhabited until the end of the 16th century. The Portuguese became the first European visitors in 1510, however, they did not lay claim to the island. In 1598 Dutch colonists settled on the island, naming it after Prince Maurice of Nassau. The Dutch colonial period saw the development of thriving sugarcane plantations as well as the decimation of the ebony forests and the extinction of the dodo bird and other indigenous wildlife. Eventually abandoning their settlement in 1710, Mauritius lay unclaimed until the arrival of the French five years later.

Renaming the island Ile de France, the French continued the cultivation of sugar as well as indigo, cloves, nutmeg and other spices, retaining possession of the island until 1810 when it was ceded to Britain at the end of the Napoleonic Wars.

Now an independent republic, Mauritius is a vibrant cultural mix with impressive mountains, boundless sugarcane plantations and some of the most exquisite beaches and aquamarine lagoons in the Indian Ocean.

Located about 480 miles east of Madagascar and 102 miles southwest of Mauritius, Réunion is the largest of the Mascarene Islands. The archipelago, consisting of Rodrigues, Mauritius and Réunion, was named The Mascarentes following its discovery in 1512 by the Portuguese navigator, Pedro de Mascarenhas. The French made the decision to settle Réunion in 1642, but no one actually lived here until four years later when the French governor of Fort Dauphin in Madagascar exiled a dozen mutineers to the island. In 1649, the king of France officially took possession of Réunion and renamed the island Colbert Bourbon. After the French Revolution, the island took back its original name.
Since 1946, Réunion has been administered by France as an Overseas Department, with St. Denis as its capital. Facilities here are comparable to any major town in metropolitan France. St. Denis straddles the mouth of the St. Denis River and sweeps upward into the flanks of la Montagne where modern apartment complexes and luxurious houses have replaced the shanty town of the post-war era.

Pointe des Galets is the principal port of Réunion, 30-minute by car from the small capital, St. Denis. The island is best known for the rugged beauty of its interior. Major attractions include the fascinating and still active volcano, Piton de la Fournaise, and three extinct craters known as cirques. Their forested slopes are dotted with isolated villages. Two thirds of the western part of Réunion are covered by mountain ranges, with the 9,200-foot-high Piton des Neiges the highest point on the island. The major source of income is from agriculture, mainly sugarcane, vanilla and the production of geranium oil used as a fixative in perfumes.

Tôlanaro or Tolagnaro is a city on the southeast coast of Madagascar. It is the capital of the Anosy Region and of the Tôlanaro District. It has been a port of local importance since the early 1500s, and a new port, the Ehoala Port, has been built by QMM and the World Bank

As South Africa’s only large river and sea port, East London is important for the export of citrus fruit, mineral ores and wool. A considerable amount of goods are imported here as well.
The first documented vessel to arrive in these waters was in 1688 while searching for survivors of a shipwreck. In 1848, a proclamation annexed the area to the Cape Colony. Today, East London serves as the area’s commercial centre and is a bustling town with a population of approximately 175,000.
The town’s small museum contains the world’s only surviving egg of the extinct dodo bird, as well as a mounted coelacanth caught near East London in 1938, a fish thought to be extinct.

Port Elizabeth is the third largest port and the fifth largest city in South Africa. The center is spread over steep hills overlooking Algoa Bay. Except for some interesting historical architecture, 21st-century Port Elizabeth, or PE as it is commonly known, has few attractions of note. To compensate, the town is surrounded by charming countryside; it bills itself as the Friendly City. Its origins go back to the site of Fort Frederick around which settlers from Britain established Port Elizabeth in 1820.

Sprawling across endless, staggeringly blue coastline, and watched over by the iconic plane of Table Mountain, Cape Town is without doubt one of the world’s most beautiful cities. A blend of spectacular mountain scenery, multiculturalism and relaxed ocean charm awaits in the Mother City, where you can venture out to rolling vineyards, dine in laid back sea suburbs, or spend days exploring cool urban culture. Cape Town’s natural splendour fully reveals itself as the cable car rears sharply to the top of Table Mountain.

From the summit, 3,500 feet above sea level, you can let the scale of the panoramic vistas of the city rolling down towards the ocean wash over you. Another heavenly perspective waits at the top of Lion’s Head’s tapering peak. A sharp hike and an early start is required, but the views of the morning sun painting Table Mountain honey-gold are some of Cape Town’s finest. Cape Town’s glorious sunshine and inviting blue rollers can be a little deceiving – these oceans are anything but warm at times, with nothing between the peninsula’s end and Antarctica’s icy chill. This cool water has upsides though, bringing a colony of adorably cute African penguins to Boulders Beach. Boarded walkways offer the perfect vantage point to see the cute creatures dipping into the sea and lounging in the sun. Nearby, journey to the end of Africa at the Cape of Good Hope, where you can stand at the bottom of this mighty continent, watching out over the merging waves of the Atlantic and Indian Oceans. Cape Town’s beauty is counterpointed by the ominous island form, which sits four miles offshore from the bustling restaurants and lazy seals of the lively V&A Waterfront. A living history lesson, you can sail in the ships that transported prisoners out to Robben Island, before a former prisoner tells of the traumas of life on this offshore prison. Your guide will show you the cramped cells, and render Mandela’s long walk to freedom in heartbreaking, visceral clarity.