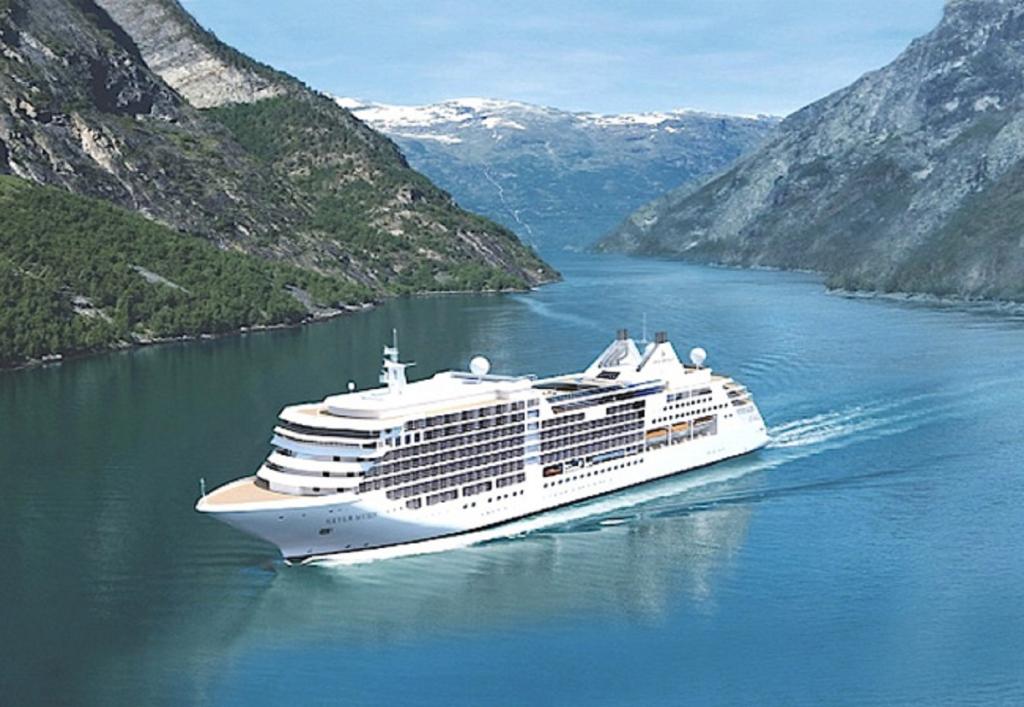 With its heady mix of Creole culture and French sophistication, there is more than a pinch of je ne sais quoi in Fort de France. The capital of Martinique, and by far the biggest city in the whole of the French West Indies, if you are looking for Paris in the Caribbean, you’ll find it in Fort de France.

The island has been under French govern since 1638 when the first governor of Martinique Jacques Dyel du Parquet commissioned a fort (from which the city takes its name) to keep out invaders. Not even an unsuccessful attack by the British in 1720, nor the French Revolution in 1789, has been able to shake the French govern of the island and today the city’s French and Creole heritage are impossible to untangle. The colonial past is everywhere, take a stroll down the narrow streets and enjoy the remarkable architecture of the Schœlcher Library, St. Louis Cathedral and the Old Town Hall. Among the many legacies Dyel du Parquet left on the island is sugarcane. A drive through the tropical forests will not only reward you with trees bending under the weight of papayas, mangoes and bananas, but will also afford superb vistas of the elegant plant swaying in the breeze. The arrival and subsequent export of sugar brought the French bourgeoisie in their droves and many of their mansions are still standing. Josephine de Beauharnais, the Napoleonic Empress of “not tonight” fame, hails from the island and those interested will find her childhood home, La Pagerie in nearby Trois Ilets.

Sitting on the north coast of this lush, tropical island, San Juan is the second settlement founded by European settlers in the Caribbean, and the oldest city under US jurisdiction. The stocky walls and watchtowers here have stood the test of time, repelling notable invaders – such as Sir Francis Drake – and the pirates who historically looted these islands. With massive fortresses, airy plazas and sheer Caribbean beauty, San Juan is a beach-blessed star of these turquoise waters. View less

With more than 500 years of European history, Old San Juan gleams In Puerto Rico’s sunshine, with sugar-almond painted facades and ankle-testing cobbled lanes. Decorative balconies and varnished wooden doors add everyday artistry to streets, dripping with history. Soak up the culture at rum-fuelled parties and salsa dances on this Spanish-culture infused island, or recline into afternoon relaxation sessions on sensational slivers of gleaming sand. Kick back on the beach, or satisfy a lust for adventure by exploring sprawling mangrove forests. The magic of sea kayaking after dark here is an experience you won’t forget. Break the waves with your oar, and watch as the waters illuminate with neon colour, as bioluminescence creates a mystical, peaceful spectacle. Pocked limestone cliffs and karst landscapes add rugged contrast to the serenity of the beaches, and you can walk into folds of the earth in sea-carved caves, or across cliffs to hidden views of the Caribbean’s expanse. Enjoy a taste of the island’s cuisine by sampling Mofongo – a local concoction of green plantains and chicken. Why not indulge and wash it down with an iced mojito, made from crushed mint and locally distilled rum?

Cherry red roofs, yacht-sprinkled bays and a sophisticated French flavour all add to the gorgeous Caribbean allure of Gustavia. The island’s capital rolls around a horseshoe-shaped harbour, where gleaming yachts hover and fancy boutiques, bars and restaurants fizz with life and clinking cutlery. Head up to red and white Gustavia Lighthouse to look down over the revered waters, which attract many a celebrity guest and diving enthusiast to these shores. View less

Christopher Columbus was the first European to discover this volcanic island in 1493, giving it the name St Barthelemy in honour of his younger brother. The island has a unique history as a Swedish colony, following a deal with the French King Louis XVI to exchange the island with Sweden for better trading rights. It was returned to French control in 1878 and is now a French Overseas Collectivity. Learn more of the Swedish legacy at Fort Karl – which sits on a 29-metre-high hill above Shell Beach. The fort now lies in ruins, but you’ll meet wandering iguanas, and the views down of sweeping sea and emerald coastline are some of the island’s finest. Down below, a delightful spread of tiny pebbles and shell fragments are scattered like confetti and lapped by crystal-clear water. A little exploration uncovers countless other glorious beaches and natural wonders. Colombier Beach is a little out of the way but cradles silky-smooth sands and typically turquoise waters. If you have chance, find somewhere to settle and sip fruity rum cocktails as the sunset flares across the waves.

Columbus discovered St. Kitts (short for St. Christopher) and Nevis on his second voyage in 1493. Arawak and Carib Indians who had moved up through the islands from South America already inhabited both islands. While European immigrants massacred many of them, the Caribs continued to stage fierce battles, which became legendary. In 1632, the West Indies’ first British settlement was established on the island, which soon developed into an important colony thanks to its sugar industry.
France and England shared St. Kitts for some time, but the partition ended with the Peace of Utrecht in 1713. After being declared a British colony in 1783, St. Kitts and Nevis, along with Anguilla and the British Virgin Islands, were administered as a single colony until 1871 when the Leeward Islands Federation was formed. This continued up to 1957 when St. Kitts and Nevis were granted self-government, with Britain remaining responsible for external affairs and defense. Both islands became an independent state within the Commonwealth in 1983.

Basseterre, St. Kitts’ capital, still shows signs of colonial architecture. However, its setting against the emerald green hills ensures a distinct Caribbean ambiance. Many travelers agree that Basseterre is one of the prettiest of the Caribbean’s small capitals.

This small group of islands lies opposite the western part of Guadeloupe. They were discovered in November 1493 by Columbus, who named them Los Santos. French settlers established themselves in 1648 and changed the name to Iles des Saintes, commonly known as Les Saintes. Since then the islands have been closely connected with Guadeloupe.

Explore a land of vibrant colour, from the tranquil turquoise water that surrounds it, to the verdant green peaks of its famous soaring volcanic plugs – The Pitons; which give this mesmerising island its form. Waterfalls thunder in the jungled interior, should you successfully drag yourself from St Lucia’s gleaming beaches and dive spots – where patchworks of colourful fish dance below the waves. Offering the picturesque island luxury of your wildest dreams, St. Lucia is a cinematic, thrilling Caribbean idyl.

Marigot Bay served as the tropical backdrop for 1967’s Doctor Dolittle film, and the island’s amiable animal life is never too far away – spot flashes of bright red, as parrots zip between palm trees, before catching sight of dolphins splashing playfully offshore. Vigie beach is a charmed spot to lie back and recline in the sun’s glow, watching as overlapping layers of mesmerising blue hues intertwine. St. Lucia’s iconic Pitons mountains deliver as the perfect backdrop to any envy generating photograph – rising up exponentially from the calm waters like sharp shark fins. Castries is this heavenly island’s capital, and while the Cathedral Basilica of the Immaculate Conception may seem a little humble from the outside, the soft sounds of soulful hymns emanating from within are sure to draw you in. The astonishing interior glows with bright frescoes, lit up by the sunlight that spills inside, and atmospheric rows of flickering candles. There’s more rich Caribbean colour to behold at the ramshackle Castries Market, where you can take handfuls of fragrant spices, like nutmeg and cinnamon, and enjoy the singsong ritual of bartering, as you move between tables heaving under bounties of green bananas and rosy mangos.

An almost mythical utopia of virgin beaches, rustic rum shacks and bays so scenic you feel like you’re intruding – Bequia Island is an island mirage of Caribbean perfection. This is the real, unspoiled experience – and with just 6,000 locals living here, you quickly start to recognise the same smiling faces, welcoming you with outstretched arms. Offering glorious – often deserted – beaches of pure golden sand, and hillside sweeps of forest and almond trees, Bequia Island is an extraordinary feast for the senses.

Unlike some of the flashier Caribbean islands, Bequia – a part of the Grenadines – is a rustic, unassuming and off-the-beaten-path choice. The staggeringly picturesque natural harbour, Admiralty Bay, greets you on arrival, and is peppered with day-tripping yachts bobbing on the gentle waves. The island’s tiny capital, Port Elizabeth, sits behind, with its bustling fruit and vegetable market, turtle sanctuary, and stalls selling hand-crafted model ships. This tiny, pretty island is ridged along the centre, and you can earn your beachside bliss with a gentle hike to the top of Mount Peggy, looking out over views of Grenada and St Vincent. At just seven miles long, you can discover the whole island in a few hours – but that would be to miss the point somewhat. Bequia Island coaxes you in to slow the pace and soothe your soul on blissful beaches, where you can revel in the uncomplicated joys of sitting, reading and swimming in heavenly shallow waters. The royally approved Princess Margaret Beach is one of the finest – an arching band of soft sand and cobalt-blue waters. As evening sets in, you may find you’re beckoned to share with communal barbecues of the day’s fresh catch with the locals, or to indulge in rum-heavy cocktails at beachside bars, lashed together from sea-blanched wooden limbs.

Bridgetown, the captivating capital of Barbados, combines faded colonial history, captivating tradition, and vivid white beaches plucked directly from your richest imagination of Caribbean perfection. Recently listed as a UNESCO World Heritage site, thanks to its beautifully preserved colonial architecture, Bridgetown’s mask of modernity covers a core of complex history and fascinating culture. Sherbet coloured buildings line up to overlook the waterfront of the Constitution River at the ‘The Careenage’ – where gleaming ships bob on the blue water, and peaceful strolls along a wooden boardwalk await.

Stop for a sobering moment at the commemorative plaque honouring the people traded at this spot, when Bridgetown was the British Empire’s most important harbour, and first stop on the Transatlantic Slave Trade crossing. Just five minutes’ stroll from here is Carlisle Bay – a postcard-perfect place where you’ll find crystal-clear, turquoise seawater glowing in the Caribbean sun, and a mile of soft white powder sand. A treasure trove for divers, the shipwrecks scattered below the shallow water’s waves are now inhabited by turtles and swirling, rainbow-coloured tropical fish. Head to the backstreets, where street food vendors serve up spicy chicken soup, barbecued pigtails and thirst-quenching coconut water. There are bargains aplenty to be had on Broad Street, where duty-free malls and souvenir stalls cram together, vying for your attention. Roebuck Street is the spot where one of the Caribbean’s favourite drinks, rum, was discovered – having been created here from the by-products of the island’s booming sugarcane trade. Nowadays, it’s lined with bars splashing every variety of the deliciously spicy dark libation imaginable into glasses. For a touch more culture, visit one of the oldest synagogues in The Americas – Nidhe Israel Synagogue, which was built in 1654. The adjoining museum tells the story of Barbados’ Jewish immigrants, who were instrumental in the island’s development.