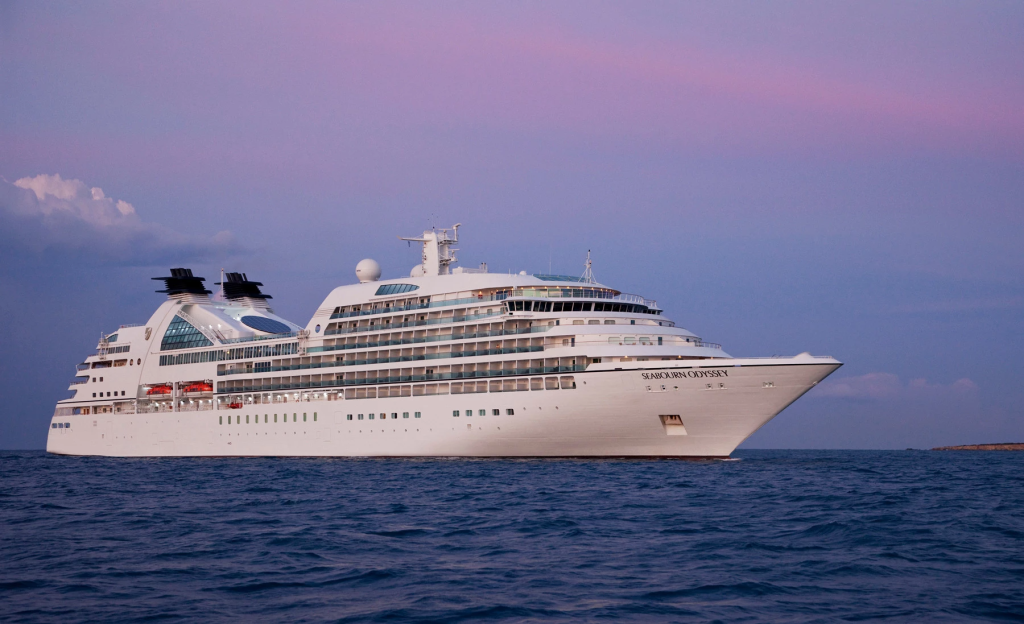 Kobe has been an important port city for many centuries, and was one of the first Japanese ports to be opened to foreign trade in the late Edo Period. Today, Kobe is one of Japan’s ten largest cities. Sustaining heavy damage from the devastating Great Hanshin Earthquake of 1995, the city has fully recovered, and remains one of Japan’s more cosmopolitan cities. A typical Japanese harbor town, foreign culture was introduced here centuries ago, and Kobe’s food and architecture posses a diverse and exotic flavor.

Takamatsu is located on Shikoku, the smallest of Japan’s four main islands, in the Kagawa Prefecture on the Seto Inland Sea. During the Edo period, it was famous for its seaside castle, one of the few with a moat utilizing seawater. The castle was destroyed during the Meiji period, and today the so-called Sunport waterfront project has substituted the Symbol Tower, Takamatsu’s tallest building, for the castle tower that once graced its flag. Long an important port for Japan, Takamatsu was nearly destroyed in 1945 by Allied incendiary bombing. A portion of the famous castle, including foundations and part of the wall, still strand on the city-center park, and there are plans to reconstruct more of it. The Ritsurin Koen garden, first built in the Edo period, survives, and makes a welcome oasis in the city, with a folk museum, rest houses and a tranquil tearoom among lakes, hills and groves of cherry trees that bloom in the spring and flame into color in the autumn. The Shikoku Mura is an open-air museum with traditional buildings gathered from all over Shikoku on display. The Yashima area boasts an Isamu Noguchi Museum dedicated to the late designer, artist and sculptor, with several traditional buildings he relocated and used as work spaces and galleries, along with many finished and unfinished sculptures. There is also a lovely Yashima Temple halfway up the mountain, and at the top, an observation deck with breathtaking views of the city and port.

Nagasaki is situated on the West Coast of Kyushu on a scenic bay. Located closest to the Asian mainland, it has historically been an important trading center and highly influenced by Chinese culture. When Japan chose to isolate itself from the Western world for two hundred years starting in the mid 1600’s, Nagasaki was the only port open to foreign vessels. In recent history, Nagasaki was the second city after Hiroshima to be destroyed by an atomic bomb, bringing an end to World War II.

Busan is the second largest city in South Korea, and the country’s seaside connection to Japan and the West. Lovely urban scenery, the Pusan International Film Festival, and near-by hot springs has made Busan a popular leisure destination. Busan has the sophistication of a major city, as well as famous beaches that lure visitors from all over the world. The city is a microcosm of South Korea, a nation whose economic success often obscures, to Westerners, one of Asia’s most sophisticated and venerable cultures.

Tsuruga is a port city in central Japan. By the waterfront, the early-20th-century Red Brick Warehouse has a large-scale diorama of the historic city. Nearby, Kehi Jingū Shrine has a grand red torii gate. Kehi no Matsubara is a white-sand beach backed by pine trees. To the east, Nakaikemi-shicchi Wetland is known for birdlife and dragonflies. North of the city, ferries run to Mizushima, a tiny uninhabited island.

Toyama is a coastal city on Japan’s main island, Honshu. In the center, Toyama Castle Park has a restored castle dating to the 1500s, plus small museums of history and art. The nearby Toyama Glass Art Museum displays striking contemporary works. Rakusui-tei is an art museum in a traditional home with a formal garden. On the Fugan Canal, Kansui Park has views of the distant Tateyama mountains.

Sakata is a city on the northwest coast of Japan’s Honshu Island. In the center, Sankyo Soko is a group of warehouses built in 1893. One now contains the Historical Museum of Shonai Rice. The Honma Museum of Art includes antiques displayed in a 19th-century villa. The Ken Domon Museum of Photography is dedicated to the revered social realist photographer. North of the city, trails lead to up Mount Chōkai volcano.

This important port on Japan’s northern Hokkaido Island was the first to be opened to European and American trade. The result of this is a trove of Western-style buildings in the suburb of Motomachi that gives the impression of a movie set. The bell of the distinctive Haristo Greek Orthodox church is designated one of Japan’s official treasured “100 soundscapes.” Hokkaido is famous for its hot springs, much beloved by the Japanese. Yunokawa Hot Spring enjoys a commanding view of the sea, and its botanical garden is home to the Japanese macaques called “snow monkeys” because of their habit of soaking in the hot springs during the northern winter. Goryokaku is a 150-year old star fortress that holds the Magistrate’s Office, an excellent example of traditional Japanese architecture. Get a panoramic view from the observation platform atop the Goryokaku Tower.

Blessed by a protective range of mountains and a relatively warm ocean current, Kushiro gets less than a third of the winter snow of its Hokkaido neighbor Sapporo, and twice as much sunshine as the nearby Kuril Islands. Thus it is an important reliably ice-free port during the winter. Like all of Japan, it is riddled with semi-active geothermal features and occasionally rattled by tremors. Scenic Lake Akan is ringed by hot springs. It also has an Ainu Koten museum with a replica village and folklore performances of the indigenous Hokkaido people. The Japanese Crane Reserve is a good place to see breeding populations of these large and graceful birds, so respected by the Japanese. The city encompasses Japan’s largest wetland, and the Kushiro City Marsh Observatory has a boardwalk to see it, as well as the Fureai Horse Park which offers equestrian tours into the forest.

Ishinomaki is a city on Japan’s Honshu mainland. Housed in a striking spaceship-shaped building, the Mangattan Museum is dedicated to the work of manga artist Shotaro Ishinomori. Along the coast, San Juan Bautista is a replica of a 17th-century Japanese galleon. Offshore, Kinkasan Island is home to wild deer and the 8th-century Koganeyama-jinja Shrine. Trails lead to the island’s summit for panoramic city views.