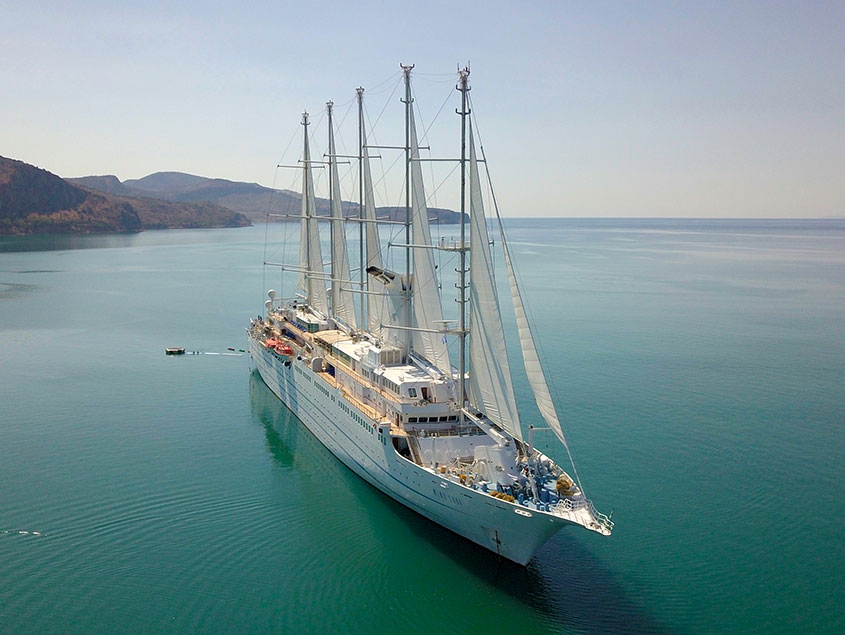 One of Europe’s smallest capital cities, Lisbon is for many, one of it most beguiling – an easily accessible mix of new and old worlds. Elegant outdoor cafés line Lisbon’s mosaic cobblestone sidewalks along grand 18th-century boulevards. Turn-of-the-century funiculars dot its steep hills. Two-thirds of the city was leveled in a 1755 earthquake, but in its churches, peeling buildings, tiny alleyways, hidden squares, you can still feel the glorious past.

Cádiz is an ancient port city in the Andalucia region of southwestern Spain. The home of the Spanish Navy, the port boomed in the 16th-century as a base for exploration and trade. It has more than 100 watchtowers, including the iconic Torre Tavira, which was traditionally used for spotting ships. On the waterfront is the domed, 18th-century Cádiz Cathedral, featuring baroque and neoclassical elements.

Gibraltar is a British Overseas Territory and headland, on Spain’s south coast. It’s dominated by the Rock of Gibraltar, a 426m-high limestone ridge. First settled by the Moors in the Middle Ages and later ruled by Spain, the outpost was ceded to the British in 1713. Layers of fortifications include the remains of a 14th-century Moorish Castle and the 18th century Great Siege Tunnels, which were expanded in WWII.

Malaga is the major coastal city of Andalucia and is a genuine and typical Andaluz city with a gritty individualism untouched by tourism and, to a large extent, the passage of time. The Moors occupied the city until the mid fifteenth century, after which it grew to become one of the foremost merchant centres in the entire Iberian Peninsula.

The city of Almeria is situated in the southeast of Andalucia. Around the city there are numerous places of interest. The bizarre, almost lunar appearance of the landscape has made it a popular desert location for the movie industry. Lawrence of Arabia was filmed here, as were a plethora of westerns including Fistful of Dollars, the set of which now stands as a popular tourist attraction. In nearby Los Milares there is a large archaeological site dating back to 1800BC that is believed to be Spain’s first metal works, and a crucial stepping-stone between the Stone and Bronze Ages. If you’re after sea and sand you have come to the right place. East of the city is Cabo de Gata where you will find the most beautiful and least crowded beaches in the province.

Cartagena is a seaport in southeast Spain on the Mediterranean Sea, in the autonomous community of Murcia. It is a walled town and has a fine harbor defended by forts. In the time of Philip II of Spain, it was a major naval seaport of Spain. It is still an important naval seaport and a large naval shipyard is still in existence. There are plenty of parks and squares to rest in, surrounded by good restaurants and bars and you will almost certainly find life here very slow and easy going. The seashore offers a wide range of activities from sailing to windsurfing and good diving. The local countryside is perfect for hiking, horseriding and cycling. From Cartagena you can easily explore the ancient city of Murcia, the coastal resorts of Mazarrón, Cala Cortina and Cabo de Palos or a little further north, the world famous resort of Mar Meno

Mallorca is an island of emerald mountains, turquoise seas, lemon and orange orchards, olive groves, and cedar-studded hills. In Palma, the capital, you’ll find a dramatic seafront cathedral to explore and leafy promenades to stroll. Visit the Arab Baths for a glimpse of the town’s Moorish past. Or simply enjoy the sun, sand, and sea that have beguiled celebrities, jet setters, and royal families for years.