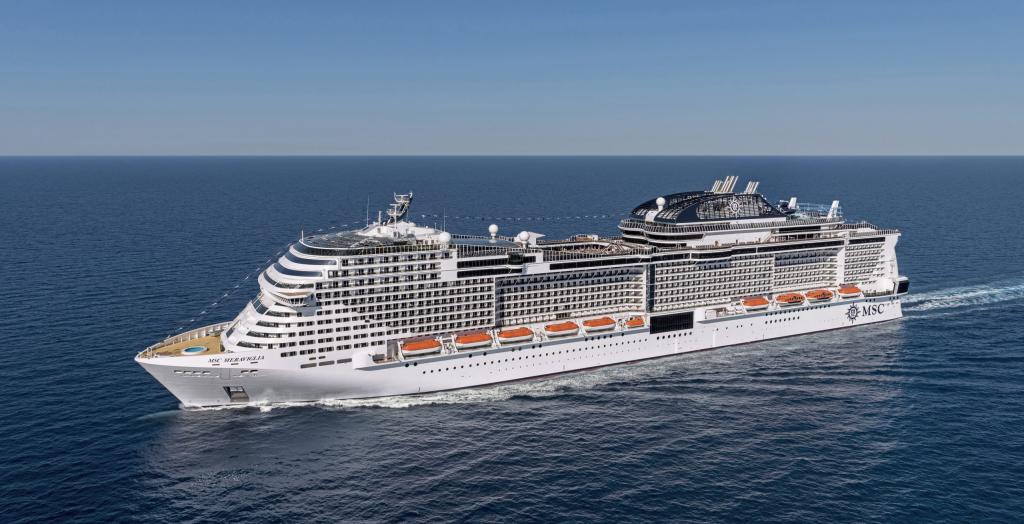 New York is a wonderful port of call for MSC cruise liners on Grand Voyages cruise itineraries. Hidden gardens next to postmodern skyscrapers; priceless art tucked away in medieval-style cloisters; a revamped waterfront you can stroll along to take in the view.

Wandering through the patchwork of neighbourhoods is as great a thrill as any single sight. Frantic Chinatown edges stylish Soho , which is but a stone’s throw from the quiet, angled lanes of the once-bohemian West Village . A perfect espresso in a shabby-chic Williamsburg café, a rooftop view from Chelsea’s High Line or a ride on the “A” to Far Rockaway is worth much more than an “I Love New York” handbag. Cheaper, too, and the memory will last longer.

New York City officially comprises the central island of Manhattan and four outer boroughs – Brooklyn, Queens, the Bronx and Staten Island. For many, Manhattan simply is New York; indeed, when your MSC cruise takes you to New York, you’ll probably spend most of your time here. Understanding the intricacies of Manhattan’s layout, especially beyond its grid pattern , and getting a grasp of its transport network should be top priorities during your MSC excursion.
New York is very much a city of neighbourhoods, most compact enough to be explored on foot (at least below 59th Street). On your Grand Voyages cruises to New York, of all America’s symbols, none is more enduring than the Statue of Liberty, looming over the harbour from its pedestal on tiny Liberty Island.
Indeed, there is probably no more immediately recognizable profile in existence than that of Lady Liberty , who stands with torch in hand, clutching a stone tablet. Measuring some 305ft from her pedestal base, she has acted as the figurehead of the American Dream for more than a century.

Bermuda (officially, The Bermuda Islands or The Somers Isles) is a British overseas territory in the North Atlantic Ocean. Located off the east coast of the United States, it is situated around 1770 km (1,100 mi) northeast of Miami, Florida, and 1350 km (840 mi) south of Halifax, Nova Scotia, Canada. The nearest landmass is Cape Hatteras, North Carolina, about 1030 km (640 mi) west-northwest. It is the oldest and most populous remaining British overseas territory, settled by England a century before the Acts of Union created the United Kingdom.Although commonly referred to in the singular, the territory consists of approximately 138 islands, with a total area of 53.3 km² (20.6 sq. mi.). Compiling a list of these islands is often complicated, as many have more than one name (as does the entire archipelago, which, in addition to its two official names, has historically been known as “La Garza”, “Virgineola”, and the “Isle of Devils”). Despite the limited land mass, there has also been a tendency for place names to be repeated; there are, for instance, two islands named “Long Island”, three bays known as “Long Bay”, and “St. George’s Town” is located on “St. George’s Island” within “St. George’s Parish” (each known as St. George’s), whereas Bermuda’s capital, the “City of Hamilton”, lies in Pembroke Parish, not in “Hamilton Parish”, on the largest island, “Main Island”, which itself is sometimes called “Bermuda”.Bermuda has a highly affluent economy, with a large financial sector and tourism industry giving it the world’s highest GDP per capita in 2005. It has a subtropical climate, beaches with pink sand, and cerulean blue oceans.

Largest place in the Azores and capital of São Miguel since 1522, Ponta Delgada is a flat town that stretches along a bay on the island’s south coast. Boasting many impressive churches, convents and majestic white houses, visitors are constantly reminded of its wealthy and illustrious past, when the port was a crucial staging post between Europe and the New World during the Age of Discovery in the 15th and 16th centuries. Ponta Delgada is a good base from which to make day tours of the volcanic crater lakes and thermal springs in the centre of the island. A short drive north-west of the city is the spectacular setting of Caldeira das Sete Cidades, an extinct volcano which holds two adjoining lakes, one emerald-green and the other sapphire-blue. On the east side of the island and within easy driving distance from the capital lies the spa resort of Furnas. Alive with steam vents, thermal pools, hot springs and boiling mud, Furnas is the best place to witness the geothermal activity taking place beneath the surface of the Azores.