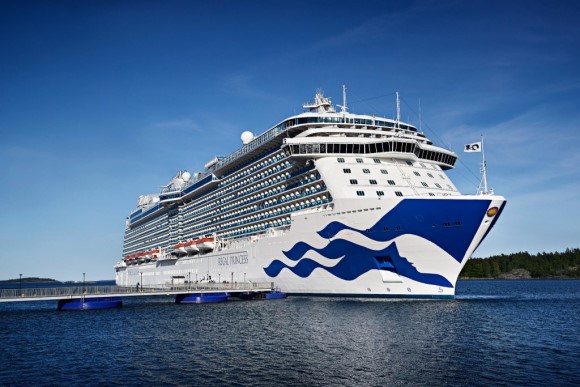 Exclusive SALE week: Book by 12 Dec 2021 & pay a low deposit of £50pp (Applicable on cruises outside of balance due date.)

Date Date
Location Location
In In
Out Out
Date 12/03/2022
Location Fort Lauderdale, Florida
In –
Out –

Mention Spain and the images that inevitably spring to mind are images of Andalusia – shadows falling across the bullring, the staccato rhythms of flamenco, the waft of orange blossoms from a Moorish garden. Cadiz is your gateway to this storied land and the city of Seville. Visit Seville’s massive Alcazar fortress, modeled on the legendary Alhambra Palace of Granada. See the city’s cathedral, a 15th-century Gothic masterwork that boasts a Moorish patio, fountain and minaret. Seville is also the legendary home of Don Juan, Bizet’s Carmen and Rossini’s Barber of Seville.

Cadiz is one’s of Europe’s oldest inhabited cities, dating from 1100 B.C., and your gateway to Seville and Andalusia.

One of Spain’s oldest cities, Malaga has been inhabited since the time of the Phoenicians, who called it Malaka. A city of narrow streets, whitewashed houses, churches and sunny plazas, Malaga offers an idealized image of Spain. Andalusia’s main port is also your gateway to the resorts of the Costa del Sol. No visit to Malaga would be complete without a trip to Granada and a tour of the fabled Alhambra.

Malaga was the chief port for the Kingdom of Granada, the last stronghold of Moorish Spain. The city fell to Ferdinand and Isabelle in 1487. The re-conquest of Spain ended with the fall of Grenada in 1492, the year Columbus discovered the New World.

Cartagena is an ancient port – the city served as Hannibal’s Spanish headquarters during the 2nd Punic War with Rome. The city remained a major trading port under the Romans and the Moors. Today, Cartagena is Spain’s principal naval establishment and the site of an annual international maritime festival. The city is also your gateway to the Costa Calida, a region that boasts some of Spain’s mildest weather along with 175 miles of beaches.

Palma is the capital city of the island of Mallorca, which is one of Spain’s Balearic Islands. The city is tucked into the protected Bay of Palma, creating an impressive view from the Mediterranean Sea with its imposing Gothic Cathedral towering above the old town and remnants of medieval walls that testify to its ancient history. Mallorca has a varied history, from the Roman occupation in the 2nd century to Moorish control from the 9th to the 13th century. Later reconquered by the Spanish kings, it rose to wealth and power due to its strategic position along the seagoing trade routes between Africa and Europe.

Today, Palma is the largest city, and also the main tourist area, with beaches on either side of the city that overflow with resort hotels. If you venture beyond these environs, the island’s natural beauty abounds, and life continues in a predictably underdeveloped atmosphere of simplicity. This aspect has long been an attraction for writers, painters and musicians that find inspiration here.

Two main languages are spoken on Mallorca – Castilian Spanish and the Balearic dialects of Catalan – hence the different versions of names and spellings throughout the Balearic Islands.

The 1992 Summer Olympics revealed to the world what Europeans and seasoned travelers already knew – Barcelona is one of the world’s greatest treasures. Vibrant and earthy, commercial and cultural, this city of two million residents is the capital of Spain’s autonomous region of Catalonia. Stroll along the wide, tree-lined promenades of Las Ramblas and marvel at the spires of Gaudi’s Basilica La Sagrada Familia. Or visit the former Olympic Ring on the hill of Montjuic – also home to world-class parks, fountains and museums. Barcelona, which nurtured such artistic giants as Picasso, Dali, Miro and Casals, is definitely a traveler’s paradise.