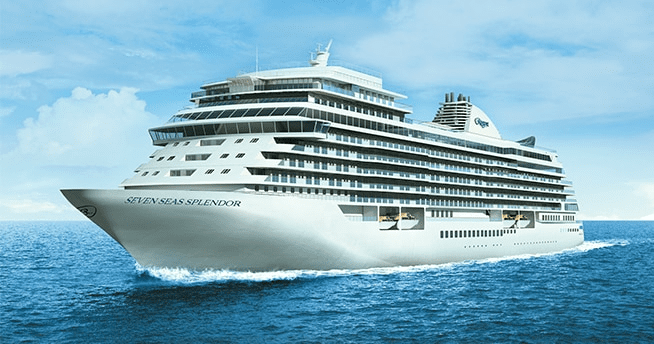 OFFER: Upgrade Your Horizon with a FREE 2-category suite upgrade Plus Low 10% Deposit on selected voyages! (Call for further details.)

This renowned “City of Canals” was built on an archipelago of more than 100 islands formed by about 150 canals. Ancient cobblestone streets lined with tiny ceramic and glass workshops and tempting cafes wind their way between fabulous palazzos and vast town squares along the banks of the canals. For shoppers, the city offers colorful markets; for those interested in architecture, the original Baroque classics, Basilica San Marco, the Rialto Bridge, the Doge’s Palace, and the Bridge of Sighs as viewed from a gondola or toured on foot, are breath-taking. And art lovers should make sure not to miss the Scuola Grande di San Rocco, home to Tintoretto’s finest works; or, for more modern tastes, the Peggy Guggenheim Collection, showcasing masterpieces of 20th-century art currents and the avant-garde movements.

Split is the largest Croatian city on the Adriatic coast. Split achieved fame when the Roman emperor Diocletian, noted for his persecution of early Christians, had his retirement palace built here. The spectacular stone edifice and its grounds and cellars are a major highlight of any city tour. Other points of interest include the Cathedral of St. Duje, built on the remains of an ancient shrine purported to be the oldest in the world; and the Mestrovic Gallery, where the impressive works of Croatian sculptor Ivan Mestrovic are available for viewing in this home and atelier.

Known as the “Pearl of the Adriatic,” Dubrovnik was founded in the 7th century by a group of refugees from Epidaurum (today’s Cavtat). It is known worldwide for its unique marble-paved squares, tall houses, steep-cobbled streets and fountains. The city walls, once used to as protection against its enemies, now keep motorists at bay in this picturesque town. UNESCO named the Old City a World Heritage Site, and Dubrovnik’s beautiful historic sites have been restored to their former glory.

Legendary Corfu is a lush and romantic island, written about by Homer in his famous Odyssey. The island’s history is full of battles, indicative of Corfu’s turbulent position that lasted until modern times with unification with modern Greece in 1864. Corfu offers a combination of cosmopolitan and time-honored Greece. As well as a flower-strewn countryside and Adriatic-style villages, Corfu has splendid coastal scenery and some excellent secluded beaches.

Siracusa is one of the oldest cities in the Mediterranean, with a wonderful collection of historical sites from both the ancient Greek and Roman time periods. In 2005, Siracusa and the nearby necropolis of Pantalica were deemed as a UNESCO World Heritage Site. Visit the Euryalus Castle, built by order of Dionysius the Elder. Also explore the Catacombs of Vigna Cassia, Saint Lucia and the Basilica of St. John. These three sites consist of a series of tunnels dug into the rock, where men and women of the Christian faith were buried, which at that time was prohibited. Made between the third and fourth century AD, they are visible along with sarcophagi paintings, frescoes, and altars.

Malta’s major port and capital, the entire city of Valletta was inscribed as a UNESCO World Heritage Site in 1980. The centerpiece is the impressive 19th century Mosta Dome, visible from anywhere on the island, with its inlaid marble floor and the gilded, carved stone flowers set around the interior dome. For a tranquil afternoon, stroll the San Anton Palace Gardens, artistically laid out in Three Villages – Attard, Lija and Balzan. Or, for spectacular vistas, take a day tour to Dingli Cliffs, which offer striking views of the sea and rugged coastline. Valetta is also a portal to day trips to nearby Mdina, with its landmark Baroque Cathedral of St. John; and Rabat, the provincial township that was once part of the Roman city of Melita, where you can explore several fascinating archaeological digs.

Mallorca, also known as Majorca, is a wind-swept island with steep jagged cliffs and olive groves more than a thousand years old. Mallorca is an island of contrasts. To the south is a busy tourist area with hotels, bars, restaurants, shopping and dazzling night life. To the north are rocky valleys, sleepy villages shrouded in bougainvillea, and breathtaking views. Palma is dominated by the breathtaking Gothic Cathedral, located high above the waterfront on the site of a former mosque.

One of Europe’s most visually stunning cities, Barcelona balances the medieval intimacy of its Gothic Quarter with the grace and distinction of the wide boulevards in the Moderniste Eixample. It was the home of architect Antoni Gaudí, whose Sagrada Familia Cathedral, Park Güell and Casa Milà are the most profound statements of Modernisme. View the splendid works at the Picasso Museum and the Miro Foundation, or discover Barcelona’s passionate ambiance at a flamenco show.

Tiny, but packed with fun, Monte Carlo offers a wonderful combination of history, beauty, entertainment and leisure. The wealthiest spot in Monaco, Monte Carlo is an enchanting place, known as the international capital of luxury and for its celebrity-sightings, casinos and nightlife. Yet the old world shines through in its art and architecture. Palaces, cathedrals and museums dot this small municipality in an old town full of rich history. Be sure to catch the once-daily changing of the guard, then tour the public areas at the Palais du Prince, home to the royal family, whose most famous resident was famous actress Grace Kelly.