For millions of students, taking a gap year and travelling to far-flung destinations is a staple part of university life, whether to find oneself, broaden cultural horizons or just put off full-time adulthood for a while longer. Popular destinations for these extended excursions include Australia’s Gold Coast, New Zealand and Southeast Asia, along with France, the USA and South America.

However, when someone tells you they've been on a gap year you probably picture months spent living out of a back-pack, moving from hostel to hostel and enduring countless hours of cross-country bus journeys, albeit while taking in some amazing sights and culture! But what if there was a luxury alternative? What would it look like if you could take a journey of self-discovery but in ultimate comfort instead?

Well, it would look something like the below! We at Bolsover Cruise Club are proud to reveal that we’re launching the world’s most luxurious gap year. Consisting of non-stop extravagance and comfort, our Gap Year Cruise will take in no less than 16 of the most popular countries for student travellers. If gap years are universities, then we’re launching Cambridge! 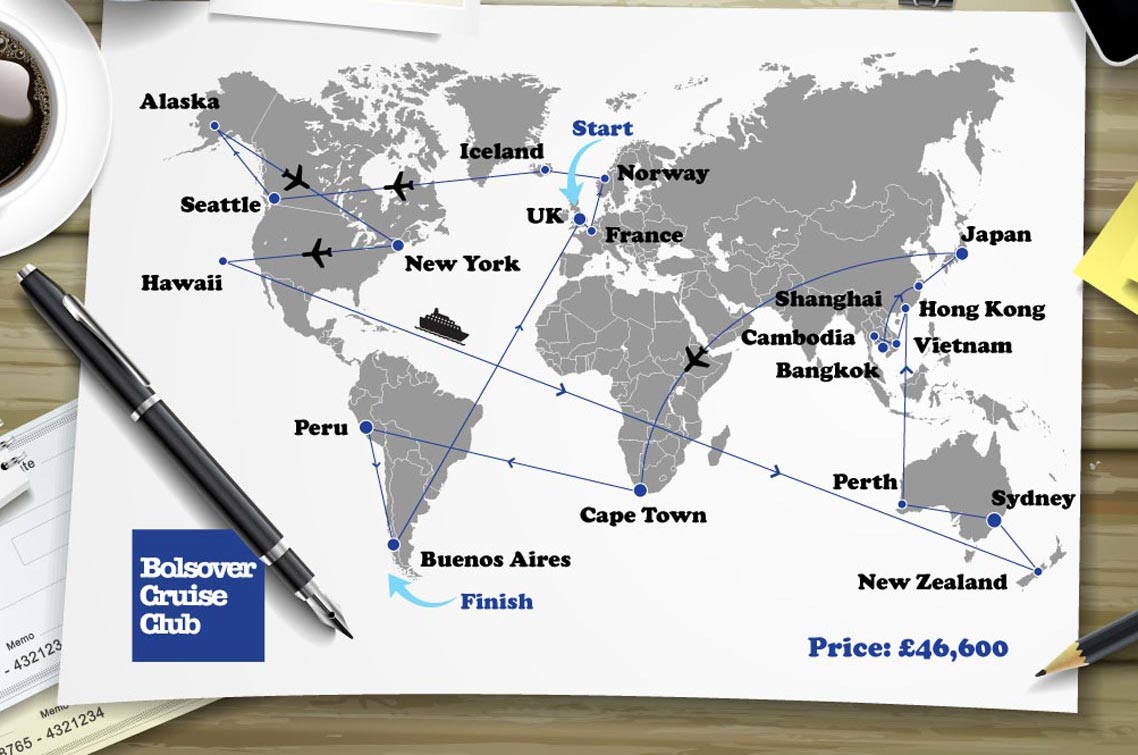 Priced at £46,600 per person, this round-the-world cruise will span six continents and see travellers experience eleven different cruise ships, setting sail outside the academic year, in July 2017. For any shrewd students thinking of bagging a bargain, unfortunately we will not accept NUS cards, or any other form of student card, for discount purposes.

Voyagers will begin their unique journey to self-discovery in Paris before heading north to take in the Arctic scenery of the Norwegian fjords, Iceland and Alaska. They will then head to the tropics in the form of Honolulu, Hawaii, where revision and dissertations will seem like an ocean away as they luau on its exotic beaches.

The cruise then sails across the Pacific to New Zealand, before heading across to what is without question prime gap-year territory in Australia for stop-overs including both Perth and Sydney.

The epic journey continues with a tour of Southeast Asia, in: Hong Kong, Vietnam, Singapore, Bangkok and Cambodia. It’s then on to Japan and Shanghai, China for the student voyagers, taking in marvels such as the bright lights of Tokyo and The Great Wall, along the way.

Not over yet, the cruise rounds off with stops in South Africa and Buenos Aires before ticking off the perennial bucket-list fixture that is Peru’s Machu Picchu.

The Gap Year Cruise is available to university students of all ages including both under and postgraduates. Those interested in setting sail on the ultimate journey of self-discovery can apply for more information via email on website@bolsovercruiseclub.co.uk.