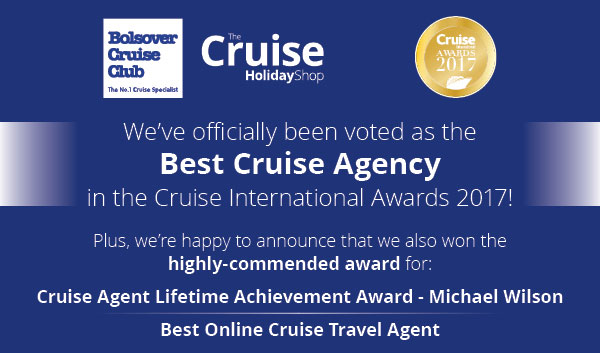 “All the finalists have done amazingly well and should feel justifiably proud of their achievements.”

Wine expert and broadcaster Oz Clarke presented the event which was attended by leading figures from the cruise industry.

We would like to thank all who voted for us. This is a fantastic achievement as voted for by the public and we are tremendously grateful.