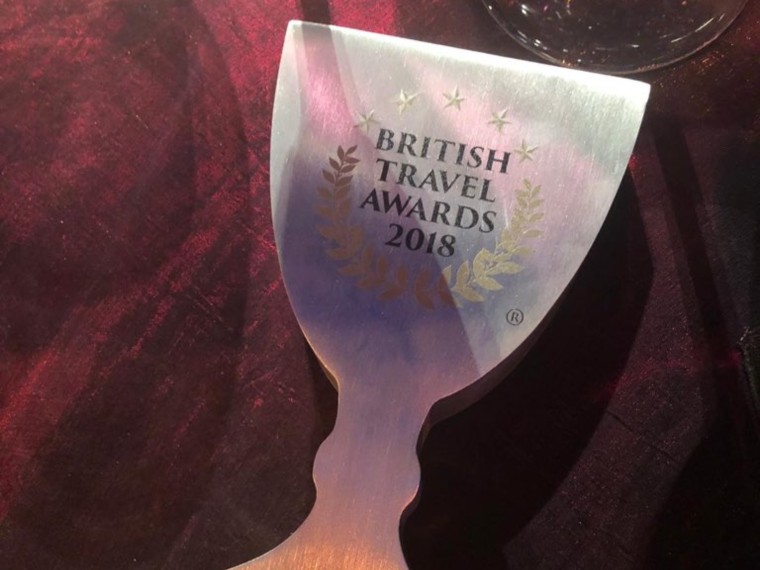 Bolsover Cruise Club has been announced as the winner of Best Independent Travel Agency and Best Cruise Holiday Retailer in the prestigious 2018 British Travel Awards. The announcement was made on 28 November at a glamorous Gala Awards ceremony, held in London and attended by more than 800 people from throughout the travel industry.

Bolsover Cruise Club is the UK’s favourite cruise agent, having been named Top UK Independent Agent for P&O Cruises for 31 consecutive years. Family-owned and founded in the late 1960’s, over 70,000 people book their holidays with Bolsover Cruise Club each year.

We are incredibly proud to have won Best Independent Travel Agency and Best Cruise Holiday Retailer. It’s so great to see the hard work of our team here at Bolsover Cruise Club recognised with awards like these and I’d like to extend a huge thank you to all who voted for us.

Bolsover Cruise Club is to be congratulated on winning Best Independent Travel Agency and Best Cruise Holiday Retailer. The British Travel Awards are the only travel industry accolade voted for exclusively by the consumer and the Awards serve to recognise all that is great about travel, as experienced by the travelling public.  To win a British Travel Award is a true achievement.