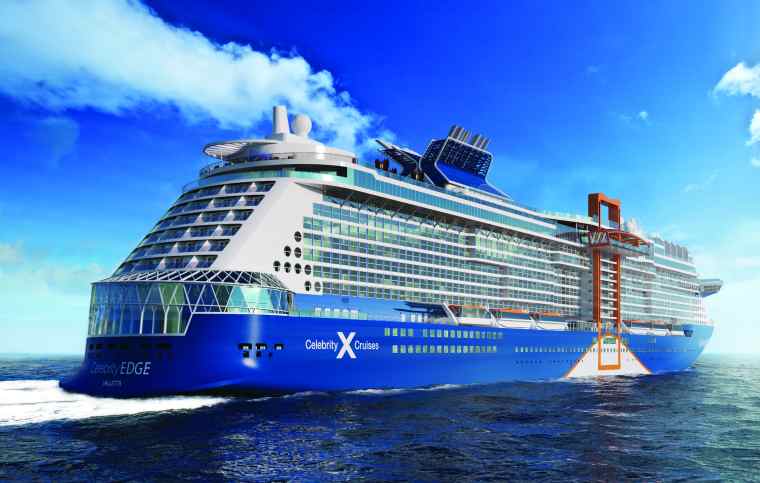 After more than four years of planning and 23 months of construction Celebrity Cruises officially took delivery of Celebrity Edge yesterday.

Today is a very special day for all of us as we have been eagerly anticipating this moment for more than four years. There are so many aspects of Celebrity Edge that are more groundbreaking than we could have ever imagined, and it is all a testament to the hard work, creativity and talent of everyone who helped bring this magnificent ship to life.

While docked in the Chantiers de l’Atlantique shipyard in Saint-Nazaire, France and as part of the monumental moment, Royal Caribbean Cruises Ltd.’s Chairman and CEO Richard D. Fain and Celebrity’s President and CEO Lisa Lutoff-Perlo hosted a ceremony aboard Celebrity Edge. The Celebrity Executive Team were also in attendance along with shipyard officials, including General Manager Laurent Castaing, and 1,377 crew members from 72 different countries.

Following the Celebrity Edge cheque-signing and delivery ceremony, attendees made their way across the shipyard for the ceremonial keel laying of Celebrity Apex, where a 762-ton block was lifted in the air and a lucky coin was placed on the dock before the block was lowered into position.