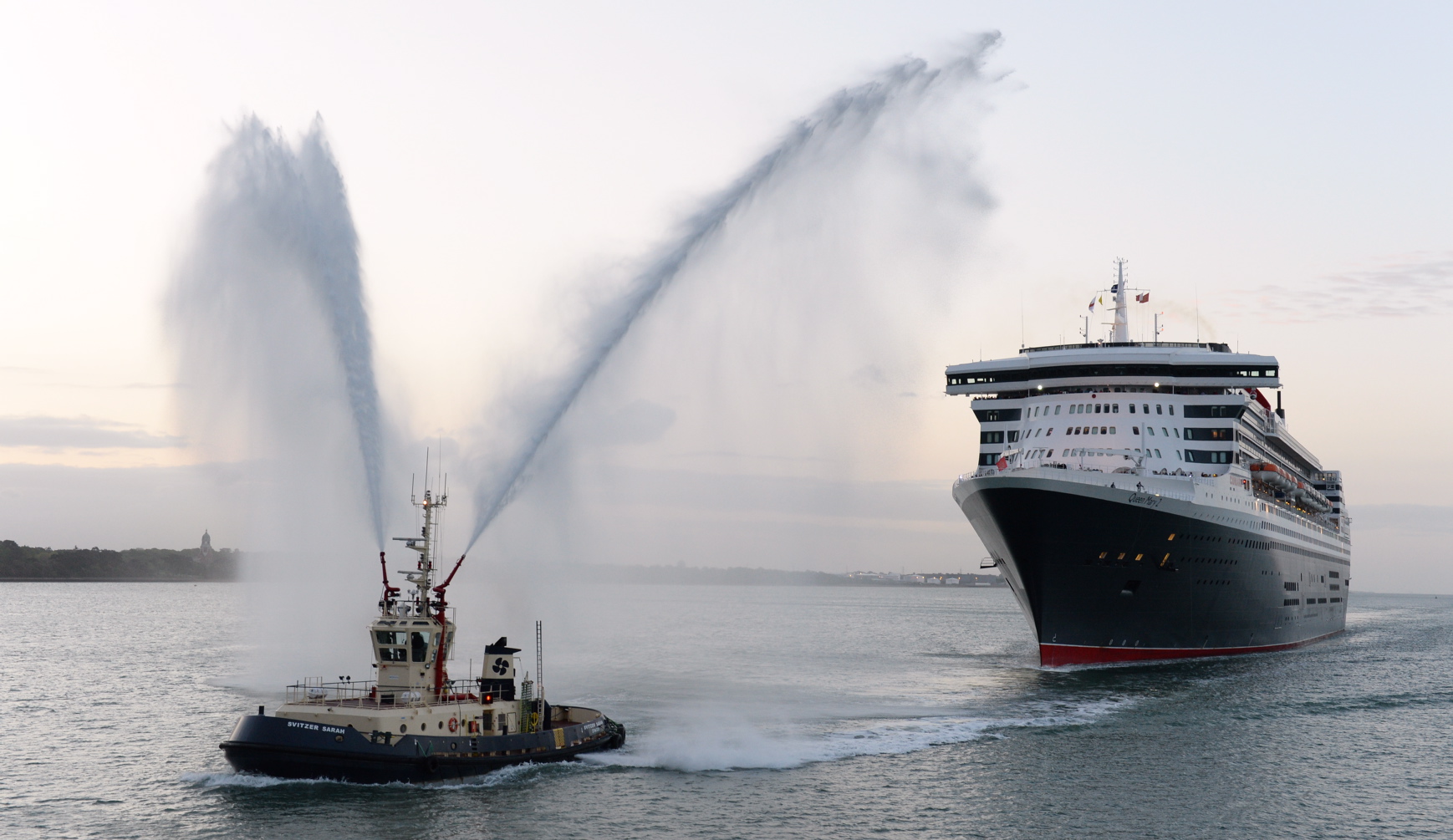 All three of Cunard’s Queens arrived in Southampton on 9 May 2014 to celebrate the 10th anniversary of the cruise lines flagship, Queen Mary 2.  We had been following the run up to the big day for some time and on Friday the occasion finally arrived.

It is extremely rare to see all three Cunard Queens in one place at the same time but last week this did happen and the celebrations were fantastic.  In the attendance of the Duke of Edinburgh an invitational reception and lunch took place on board Queen Mary 2 with her sister ships paying tribute alongside.  The three ships then departed in convoy following a magnificent firework display to cap off the day’s spectacular celebrations.

Below you can see some of the amazing photographs from the day along with a video footage of the day’s events.