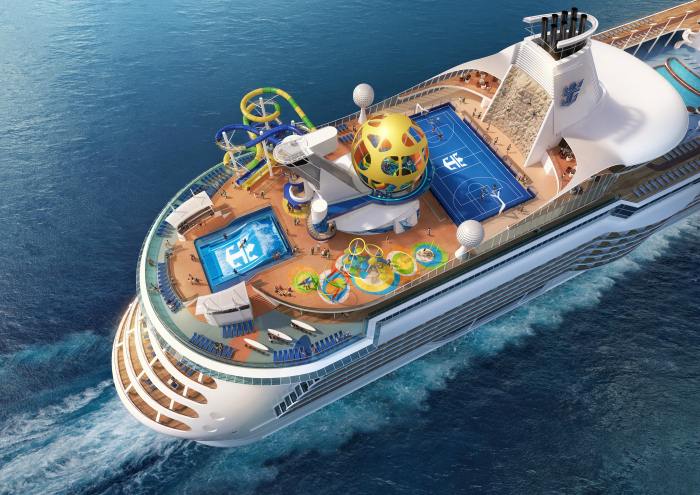 He will be one of the first to visit Perfect Day at CocoCay – a new and exclusive private island in the Caribbean in addition to Japan, Alaska, Europe and the Middle East. He was selected from over 37,000 UK and Irish candidates to travel the world for three weeks this summer as Royal Caribbean’s official Shore Explorer Apprentice.

In his new role, Harry McNulty, 26, who goes by the social handle @saltynuts_, will be tasked with seeking out new land-based experiences across the globe that will ultimately influence the brand’s shore excursion programme.

The globetrotting sports star will receive £6,000 on completion of the trip – the equivalent of a £104,000 salary.

Building on the success of its ‘Intern-ship’ programme two years ago, Harry will act as an apprentice to Royal Caribbean’s Instagrammer-in-Chief, Russ Francis, who was appointed following his 2016 application.

Whilst onboard, Harry will be tasked with trialling experiences ranging from the ship’s 40-foot-long surf simulator, FlowRider, to its bungee jump simulator SkyPad.

The application mechanic was simple: post your favourite, most-inspiring travel image or video on Instagram to be judged by an expert panel, comprising:

Harry blew the judging panel away with his entry, going over and above the brief by creating a spectacular video montage of his travels.

We loved Harry’s entry which was a unique piece of content featuring him capture various adventurous experiences around the world. This not only demonstrated his photography and storytelling skills, but also showed-off his dedication and passion for travel – two attributes that are integral to this role. We’re confident that Harry will be able to seek out extraordinary new shore experiences to share with the world and inspire our shore excursion team to offer our guests even more incredible adventures at our destinations around the world.

This has come as a bit of a shock, but an amazing one… even just to be included in the shortlist was a huge achievement, but to actually get the position out of 37,000 applicants is incredible. The chance to travel the world and inspire people by capturing content of extraordinary places – over half of which I’ve never been to – is the opportunity of a lifetime. I can’t wait for the adventure to get started and give it everything that I’ve got!