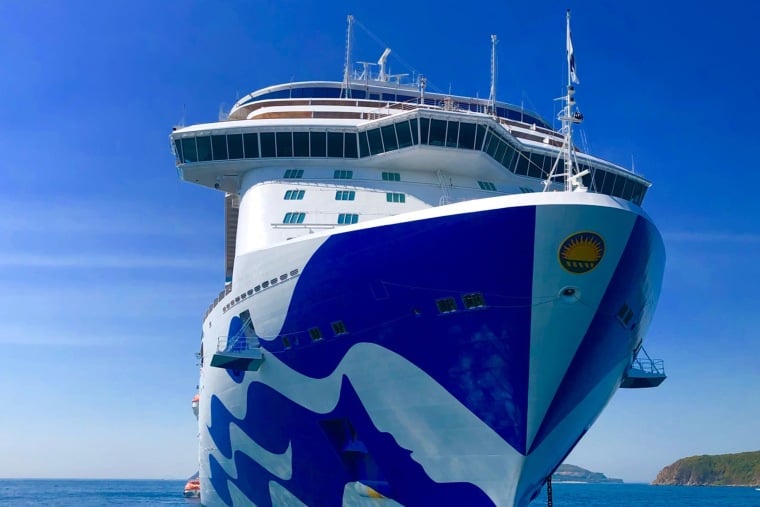 The news you’ve all been waiting for… ITV have confirmed that from Thursday 3 January at 8.30pm, ‘The Cruise’ will return for a sixth series. The six-part documentary was filmed on Princess Cruises‘ 3,560-guest Majestic Princess cruise ship as she sailed to Asia, Australia and New Zealand.

A number of new faces will be introduced on the show including Captain Dino Sagani, a fourth-generation captain who has worked for Princess Cruises for 25 years. He has served as captain on several Princess ships since first being appointed in 2007. Majestic Princess holds great personal importance to him as it was built in Monfalcone, Italy just a few miles north from his hometown of Trieste.

Newcastle-born Hotel Services Engineer, Scott Grayson will be returning for the series and is a familiar face for those who are avid fans of the tv series. As well as being filmed helping maintain the 143,000-tonne ship, Scott is seen offering a glimpse into his preparations for heading home to begin a whole new adventure of his own – as a father to a newborn baby girl.

Actor, Anthony Head, who is known for playing Rupert Giles in Buffy The Vampire Slayer and for his role as Geoffrey Howe in Oscar winning film, The Iron Lady, will be providing the voiceover for the series.

We’re delighted that Princess Cruises will once again feature in The Cruise series on ITV, which offers viewers a wonderful glimpse into the wealth of experiences for our guests both onboard and ashore, and the daily lives of our dedicated crew. We can’t wait for the series to transport viewers to exotic Asia and the stunning landmark locations of Australia and New Zealand on Majestic Princess.

You can join in the conversation on social media via #TheCruise.