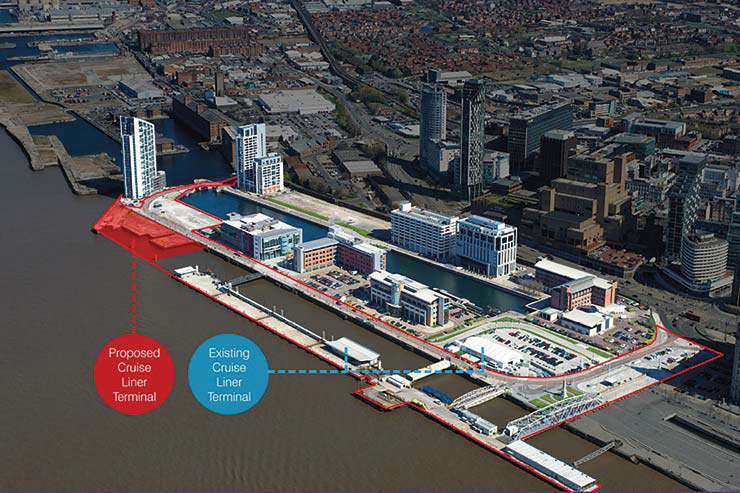 The green light was given for a new cruise terminal in Liverpool last week. Construction of the £50 million terminal could begin this summer and Liverpool could begin to welcome ships capable of carrying “at least 4,000 passengers” from summer 2020.

The development would enable ships such as Royal Caribbean International’s Independence of the Seas, P&O Cruises’ Britannia and Norwegian Cruise Line’s soon-to-launch Norwegian Bliss to sail from Liverpool.

More than 60 vessels carrying 120,000 passengers and crew were welcomed into the city in 2017, although current infrastructure only allows for ships capable of carrying fewer than 2,000 passengers to use the city as a turnaround port. Fred Olsen and CMV are among the lines sailing from Liverpool.

The terminal will be built on a suspended deck on the River Mersey, replacing the existing terminal on Princes Parade,  to make way for a “state-of-the-art” terminal featuring a baggage-handling facility, passport control, a lounge, a cafe, toilets, a taxi rank and a vehicle pick-up point.