Home News Cruising Documentaries News New series of ITV’s ‘The Cruise’ to be filmed in Australia, New Zealand and Asia

New series of ITV’s ‘The Cruise’ to be filmed in Australia, New Zealand and Asia 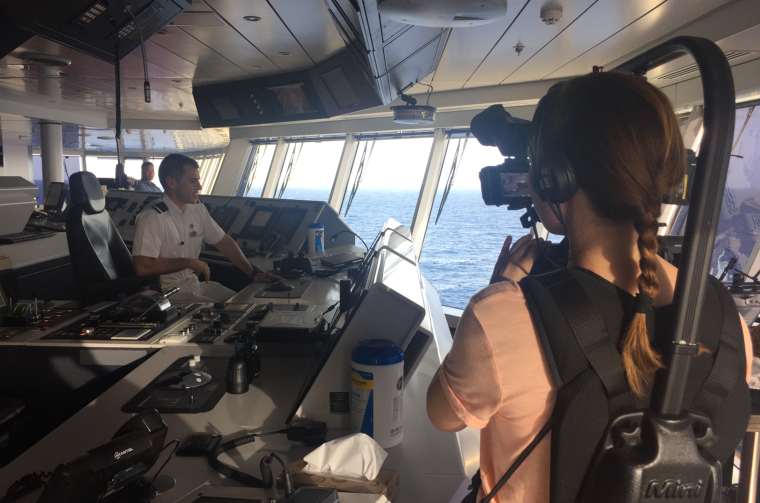 The sixth series of the ITV documentary ‘The Cruise’ is to be filmed later this year and will air on our TV screens in early 2019.

Filming of the documentary will take place on 3,560-guest Majestic Princess, the newest ship in the Princess fleet, as she crosses Australia, New Zealand and Asia. A variety of destinations will be visited including Sydney, Melbourne, Wellington, Shanghai, Hong Kong and Singapore.

The programme will also continue to show viewers an insight into the life onboard for both guests and the ship’s crew. Viewers can expect to see the return of some familiar crew members as well as several new faces.

Tony Roberts, Princess Cruises’ vice president UK and Europe, said: “‘The Cruise’ continues to go from strength-to-strength, with viewing figures higher than ever, so we are delighted to have ITV back on board. The programme has unquestionably opened up the appeal of a cruise holiday to a whole new audience and we look forward to seeing Princess Cruises set sail on the small screen again from early 2019.

“Majestic Princess is the perfect setting for the next series as it’s our newest ship and includes a wealth of features and amenities such as fine dining, a luxury spa, an indoor garden and a 900-seat theatre. Meanwhile, Australia, New Zealand and Asia are on many bucket lists so we can’t wait to help transport viewers to these stunning parts of the world.”

Paul Hamann, executive producer at Wild Pictures, said: “‘The Cruise’ is now an ITV mainstay in the early year TV calendar and we’re delighted to be working with Princess on another new series. We’ll ensure we give viewers the opportunity to see just what it takes to run one of the world’s largest cruise ships and the chance to glimpse an exciting mix of exotic and familiar destinations in Asia and Australia.”

Confirmation that filming will take place in Australia and New Zealand comes shortly after Princess Cruises announced its largest ever season in the region for 2019-2020. Five ships will travel to more than 100 destinations and carry around 200,000 guests.