Norwegian Bliss is Christened in Seattle 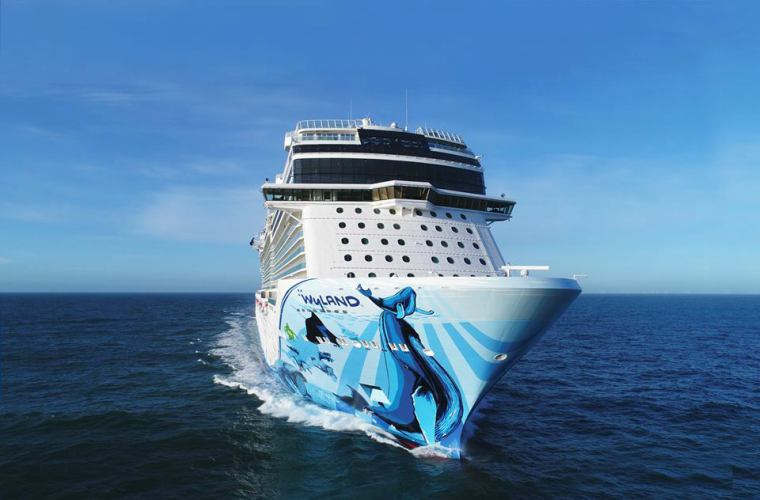 Following a preview sailing from May 30 – June 2, Norwegian Bliss, will commence her inaugural summer season with cruises to Alaska including calls in Ketchikan, Skagway, Juneau and Victoria, British Colombia beginning June 2.

Norwegian Bliss was welcomed to her summer home with a sky-high water-canon salute by the Seattle Fire Department, as she cruised into Port of Seattle.

“Norwegian Cruise Line has been cruising out of the Port of Seattle for eighteen years, and the public-private investment that made the enhancement of Bell Street Cruise Terminal at Pier 66 possible, demonstrates the commitment we have to the city of Seattle,” said Frank Del Rio, president and chief executive officer of Norwegian Cruise Line Holdings.  “This month, Norwegian celebrates twenty-four years of cruising to Alaska, and with Norwegian Bliss joining our Alaska fleet we will have the largest capacity in our history, offering guests more options to experience the majesty of that destination.”

“The Port of Seattle is thrilled to host the magnificent Norwegian Bliss and her passengers for many Alaska cruise seasons to come,” said Port of Seattle Commission President Courtney Gregoire.  “Cruise ships like Norwegian Bliss meet our objectives of increasing economic opportunity in our region while constantly raising the bar on environmental sustainability.  We thank Norwegian for their eighteen years of partnership with the Port of Seattle, and look forward to many more to come.”

“As the largest ship to ever be christened in Seattle, Norwegian Bliss’ ceremony was our most exciting one yet,” said Andy Stuart, president and chief executive officer of Norwegian Cruise Line. “We thank the Emerald City for a very warm welcome and their partnership, and we are looking forward to continuing and strengthening our relationship with the Port of Seattle for years to come.”