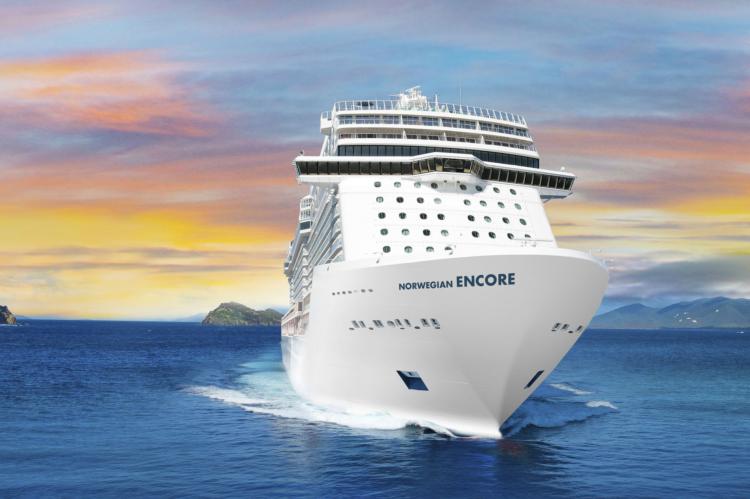 Andy Stuart, NCL’s president and chief executive,  announced that the new ship will be named Norwegian Encore at Meyer Werft Laser Centre in Papenburg, Germany, where construction on the ship began with a traditional steel-cutting ceremony.

Norwegian Encore is due to be delivered in October 2019, and will sail weekly Caribbean cruises from Miami starting in November 2019.

Encore will be the fourth a final addition to NCL’s Breakaway Plus-class alongside Norwegian Escape, Norwegian Joy and Norwegian Bliss – set to debut in April.

Stuart said: “Norwegian Encore will be the ultimate Breakaway Plus Class vessel and we are thrilled to celebrate the start of construction for this incredible new ship.

“Over 50 years ago the Norwegian brand began creating unforgettable vacation moments with the first inter-island cruise in the Caribbean from Miami. We continue building on our legacy of innovation with this brand-new state-of-the-art vessel perfect for exploring the natural beauty of some of the most remarkable islands in the world.”

Norwegian Encore is also set to make a brief stop in the UK before heading to its homeport of Miami where it will sail weekly seven-day Caribbean cruises each Sunday.