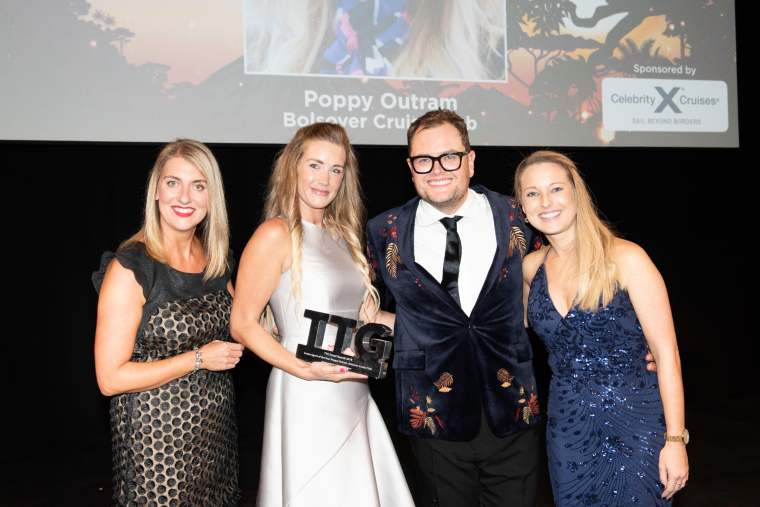 We’re incredibly proud to announce that our very own Poppy Outram took home two awards at the annual TTG Travel Awards – these awards are widely regarded as being the toughest in the business to win!

The evening began with a drinks reception at The Lyceum Theatre, followed by the awards ceremony that was presented by none other than the ‘Chatty Man’ himself, Alan Carr. The awards were then rounded off with an after-party like no other at The Savoy Hotel.

“I’m honoured to have won not one, but two awards, and I’m really blown away by it all. This is one of the proudest moments of my career and makes all the hours and hard work totally worth it!”

Poppy has a fantastic relationship with her passengers, many of whom book with her year after year, so we’re incredibly proud to see her passion and expertise recognised.

Speaking of awards, we’re thrilled to be nominated in the British Travel Awards for Best Cruise Holiday Retailer and Best Online Travel Agency. If you like what we do, we’d love your vote!