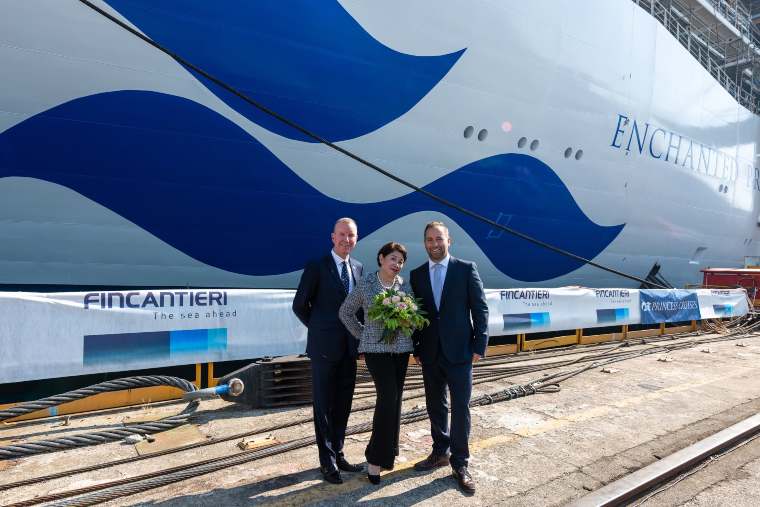 Princess Cruises has celebrated the float out of Enchanted Princess from Fincantieri shipyard in Monfalcone, Italy.

The float out of a ship is Italian shipyard custom and celebrated by a ‘Madrina’ blessing the vessel and wishing it a safe onward journey, as well as signalling the flow of water into the ship’s building dock.

Serving as the Madrina was Doris Ho, president and CEO of the Magsaysay group based in the Philippines – one of the largest human resource companies in the Asia Pacific region.

Enchanted Princess will officially launch in Southampton in June 2020.

We’re delighted to see another significant stage of Enchanted Princess’ construction successfully completed. The countdown to her launch in Southampton next year continues and we’re eagerly anticipating the final development of this stunning ship over the next few months.

Enchanted Princess will include the signature features of sister ships Royal Princess, Regal Princess, Majestic Princess and Sky Princess, along with new features including: