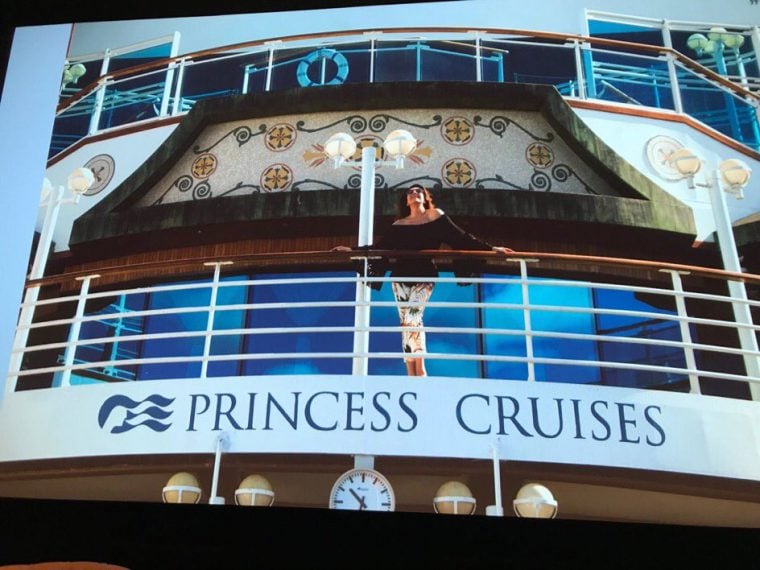 It has been confirmed by Princess Cruises that they will be featured in the third series of the popular Channel 5 TV show, Cruising with Jane McDonald.

The popular TV will be back on our screens in early 2018. Channel 5 confirmed the third series in October but would not reveal which ships or destinations would feature.

UK vice president Tony Roberts revealed Jane McDonald had recently completed filming an episode on an unnamed Princess ship in an unnamed part of the world.

Roberts said: “We are enormously proud to have had Jane sailing with us and to have our ship showcased in the next series.

“I know she had a wonderful time, but I’m not allowed to say what ship she was on – nor where she cruised!”

Princess Cruises is the latest cruise line to feature in the hugely popular Channel 5 series.

MSC Cruises, Viking Cruises and Uniworld are just a few of the cruise lines that featured on the show – all of which have seen a huge leap in enquiries and bookings during the broadcast of the programme and afterwards.

The second series of Cruising with Jane McDonald, averaged 1.7 million viewers per episode, making it the highest watched TV show on Channel 5 on a Friday evening.

Princess Cruises fans can also look forward to the third series of the fly-on-the-wall documentary The Cruise, which will air early next year.