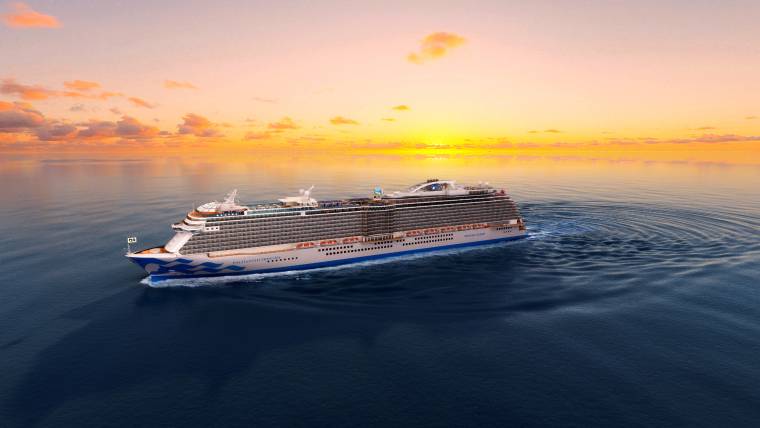 The fifth Royal-Class ship in the Princess Cruises fleet will be named Enchanted Princess and be sister ship to Royal Princess, Regal Princess, Majestic Princess and Sky Princess (joining the fleet in October 2019).

Enchanted Princess is scheduled to launch on June 15, 2020 sailing on a series of European voyages. Her maiden season sailings will be available to book from November 8, 2018.

Jan Swartz, president of Princess Cruises, said: “The name Enchanted Princess is captivating and conveys the elegance and grace of our new ship which will introduce more travellers to the pleasures and value of cruising. We are certain Enchanted Princess will exceed the expectations of our guests, ensuring they have the most memorable cruise.”

Construction of the 3,660-guest Enchanted Princess will take place in the Fincantieri Monfalcone shipyard with the ship set to feature an evolution of the design platform used for the cruise line’s existing Royal-Class ships.

Enchanted Princess will be followed by the debut of the sixth Royal-Class ship for Princess Cruises in 2021. Two new Liquefied Natural Gas (LNG) powered ships are also on order to be delivered in late 2023 and spring 2025, bringing its new ship order to five ships in six years.