Princess Cruises longest ever season sailing from the UK and Europe 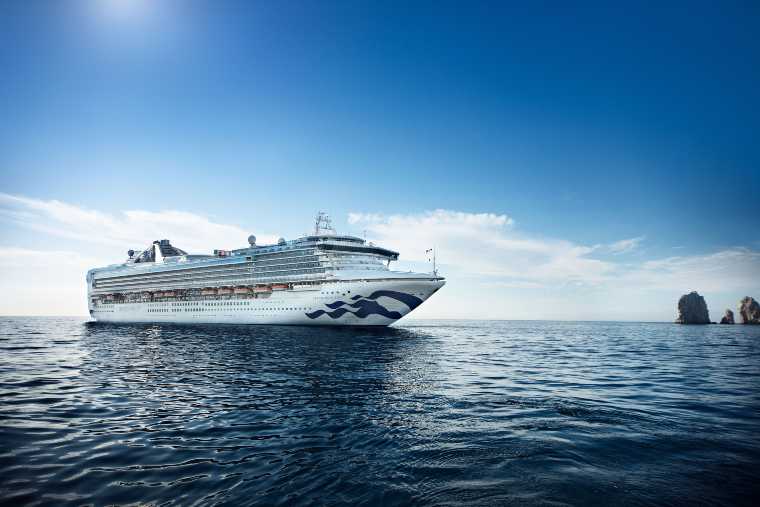 Princess Cruises has announced that 2021 will see its longest UK and Europe season ever.

The season will include a total of nearly 500 days cruising from the UK in Southampton across three ships – Grand Princess, Island Princess and Crown Princes. Grand Princess will sail the longest ever period for a UK-based ship, from April to November.

Sky Princess and Enchanted Princess, will be based in northern and southern Europe respectively. This brings the total European cruise days up to almost 1,000.
Tony Roberts, Princess Cruises vice president UK & Europe, said:

Europe continues to go from strength to strength as the destination of choice for UK guests and we are thrilled to be able to offer our longest season in history. We will offer more choice than ever before, with UK guests able to take advantage of a huge range of fantastic destinations sailing from right on their doorstep. Having five MedallionClass ships based in Europe, including our latest vessels Sky Princess and Enchanted Princess, is testament to Princess Cruises’ commitment to offering UK guests new onboard experiences, premium services and a wealth of holiday options.

Grand Princess will sail for 207 days from Southampton, including six school holiday sailings across the season. The ship will depart for the Mediterranean, northern Europe and Canada & New England, with several new voyages including:

The 2,200-guest Island Princess will spend a season sailing out of Southampton from June to October across northern Europe. The ship will similarly will take in a range of new sailings such as:

Crown Princess will sail the British Isles from April to October on 14 Southampton sailings. The ship will travel to destinations including Liverpool, Dublin, Orkney Islands (Kirkwall) and Edinburgh, with select itineraries offering overnight calls in port.

The line’s two newest ships, Sky Princess and Enchanted Princess, will both be based in Europe in 2021. Sky Princess will spend April to September sailing Scandinavia and Russia roundtrip from Copenhagen, visiting destinations including Tallinn, Oslo, Helsinki and Berlin (Warnemunde), and will offer overnight calls in St Petersburg.

Enchanted Princess – which will be named in Southampton at the end of June next year – will sail across the Mediterranean from April to October via Rome, Athens and Barcelona, taking in the likes of Mykonos, Santorini, Kotor, Florence and Istanbul.

All of Princess Cruises’ ships based in Europe during 2021 will feature OceanMedallion, and benefit from MedallionNet. 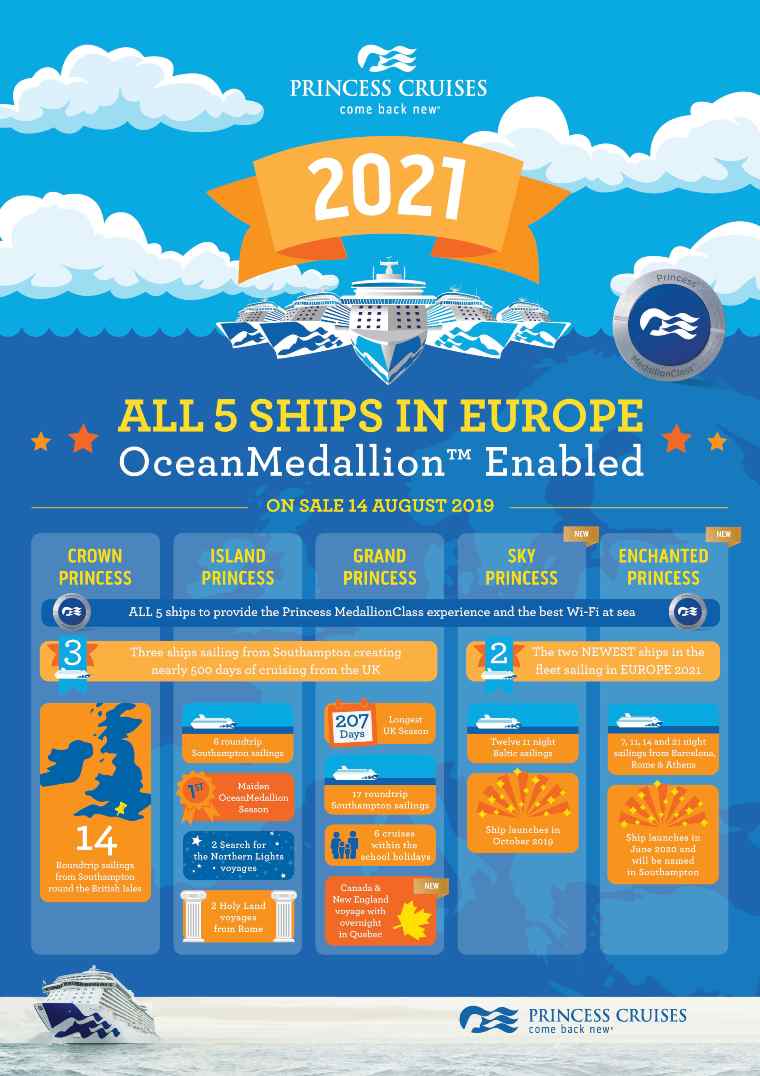