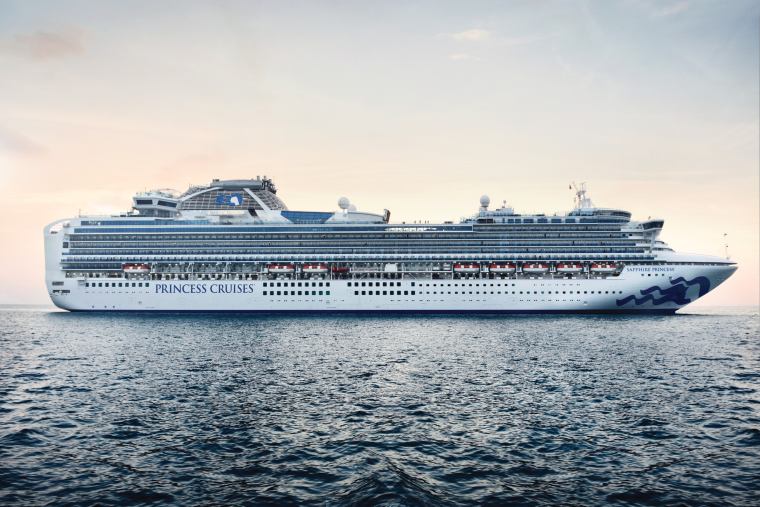 12 new maiden ports of call have been announced for Princess Cruises this year, complementing the 380 destinations the line currently sails to across all seven continents.

Guests will have the opportunity to make an inaugural visit to Rockland, Maine, directly from the UK via a 24-night Canada & New England voyage sailing roundtrip from Southampton on Sapphire Princess in September.

Two UK destinations will feature for the first time. Crown Princess will make the opening visit to Portland in Dorset in April as part of a Western Europe Passage from Fort Lauderdale, Florida, to Southampton. The ship will then start a five-month season of round Britain sailings before heading back to Fort Lauderdale in September via Portland once again.

Two further Portland visits will take place during the year with the first by the 2,000-guest Sea Princess in July during a world cruise.

Pacific Princess will also make inaugural stops to Pointe-a-Pitre, Guadeloupe, in both April and December. The December visit forms part of a 14-day Caribbean Connoisseur cruise, which will also see the ship make a maiden visit to Mayreau, the smallest inhabited island of the Grenadines, on New Year’s Eve.

Pacific Princess will make one further new stop at Jamestown, on the island of St Helena, in the South Atlantic. The April visit is part of a 111-day world cruise that sails from Los Angeles and takes in the likes of Australia, Singapore, Brazil, South Africa and Mauritius.

The 12 maiden ports of call are:

Cruising is a wonderful way for people to see different corners of the world. We are committed to ensuring our itineraries continue to meet growing demand from guests to visit new and exciting destinations, which is why we’ve introduced such a diverse range of new ports this year.