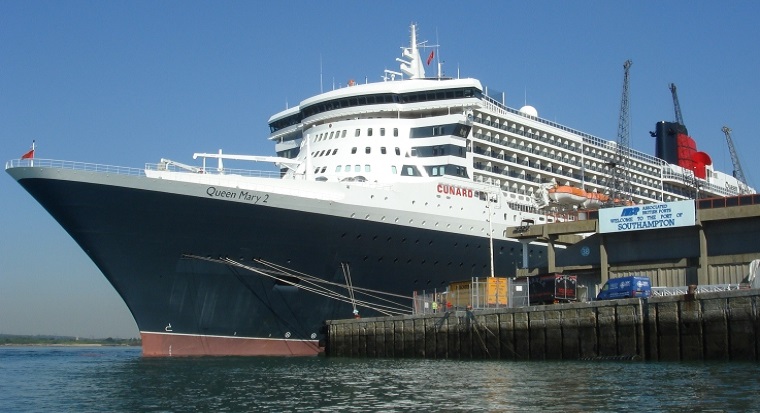 It has been announced that a substantial revamp of Southampton’s QEII terminal will soon take place. The project, which is set to reach the sum of £5 million will be jointly funded by ABP Port of Southampton and Carnival UK.

The revamp will include a new ship-to-shore walkway to replace the existing one, which was originally installed for the arrival of Cunard’s flagship, Queen Mary 2. The new walkway will open up the terminal to welcome a greater range of ships due to the new technology as well as improving overall passenger flow and the general experience within the terminal itself.

Existing check-in services, baggage and X-ray areas will all be revamped in order to modernise the terminal. A 46 person lift will also be installed to re-organise the drop-off area. The first phase of the refurbishment is due to take place in spring 2016, with the second phase of the installations to be completed in winter 2016.

ABP Southampton director, Nick Ridehalgh said: “The number of cruise passengers coming through Southampton’s port continues to rise, with 1.75 million expected to pass through this year.

“It’s therefore vital that we ensure our facilities are in the very best shape to accommodate these passengers and that they are laid out in a way that gives people a seamless and stress-free start to their holidays.”

Carnival UK port services and government affairs director, Steven Young, said: “We are delighted that these works, following on from recent improvements to both the Ocean and Mayflower cruise terminals, will give our guests a consistent and improved experience regardless of the terminal at which they join or leave the ship.

“As well as Cunard and P&O Cruises other Carnival brands including Princess, Holland America and Aida will benefit.”??