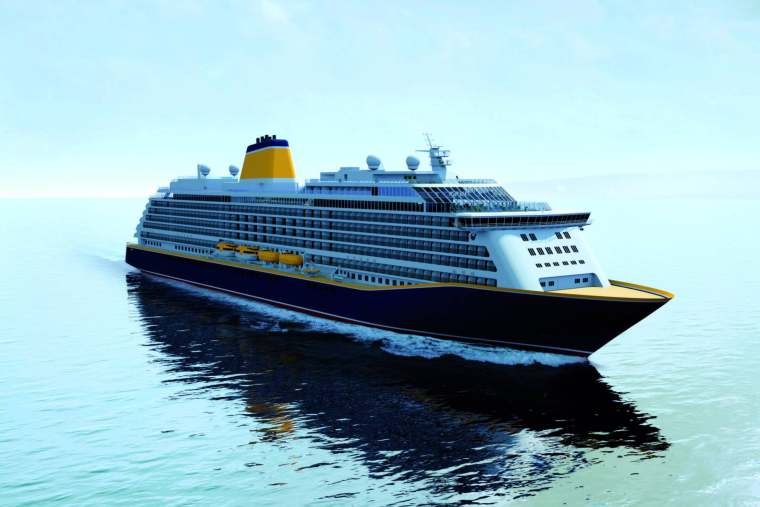 Saga has announced that the official naming ceremony of Spirit of Discovery will be held at the Port of Dover on July 5, 2019.

Spirit of Discovery will be the first ship to be named at Dover for more than a decade following the £250m redevelopment of Dover Western Docks.

As the place that Saga’s first cruise ship set sail from more than 20 years ago, Dover was ‘the natural choice. With Saga’s Group headquarters based in Kent, we felt it only right that we name our first brand new, purpose-built cruise ship in Kent and what better way to do that than with the iconic White Cliffs of Dover as a backdrop. Spirit of Discovery will be the first cruise ship to be named in the port for more than a decade and the first following the regeneration of the Western Docks. We are already planning a few surprises, and will no doubt add a few more before next year, so save the date, as we christen the first of our new-build fleet.

Her maiden voyage has already sold out and will sail from Dover on July 10, 2019, and the 999-guest luxury boutique ship will circumnavigate the British Isles. Most other 2019 itineraries are well ahead of expectations with the 109 single cabins proving extremely popular. Throughout summer 2019 Spirit of Discovery’s destinations includes Spain, Scandinavia and the Baltic, as well as a four-night mini-cruise to Holland, Germany and Belgium.

Saga recently announced their decision to move to all-inclusive cruising as standard from 2020.  Nigel Blanks said:

The decision to go all-inclusive in 2020 had been made to distance ourselves further from the competition and mass cruise market. I firmly believe this will not only sit very well alongside our ‘Boutique Cruising’ proposition but will reaffirm our position as Britain’s niche luxury cruise operator.

Throughout summer 2019 Spirit of Discovery’s destinations includes Spain, Scandinavia and the Baltic, as well as a four-night mini-cruise to Holland, Germany and Belgium.