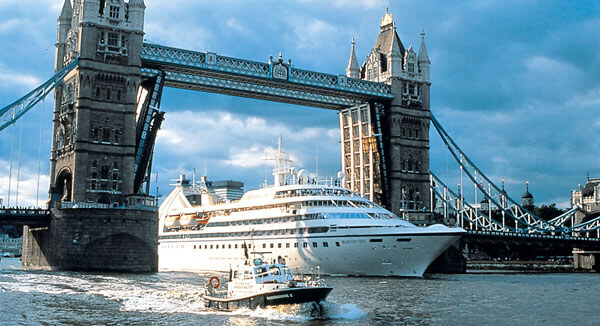 Seabourn has announced the news that many regular passengers have been waiting for.  Following the recent announcement that several of the Seabourn ships will make their way to sail under the Windstar banner beginning in 2014, many loyal Seabourn lovers were hoping for a farewell season full of festivity and that is exactly what is going to happen.  A series of voyages aboard Seabourn Pride will be dedicated to celebrating this special ships sensational spell under the Seabourn banner.  Spanning 25 years, the ship has set the bar for Seabourn and will, in 2014 go onto be transferred to its new owners Windstar.

To celebrate the final year of her Seabourn cruises, the line have put in place an array of special Caribbean voyages before she says her goodbyes.  The cruise line has designated 15 sailings from November 2013 onwards labelled the “Farewell Season”.  The series of itineraries will see many special faces return including many of the cruise lines veteran staff and alumni who have served on board for years.  The Caribbean sailings will pay tribute to the ship with many signature Seabourn experiences for passengers to enjoy.  The “Caviar in the Surf” beach barbecue that many believe to be the symbol of Seabourn will take place as well as a whole series of events revolving around the iconic Marina at the aft of the ship.  Such experiences pioneered a new style of luxury cruising at the time of the ships launch and have gone onto to place Seabourn at the heart of small-ship cruising.  Along with celebratory events and festivities, the cruise line will also welcome back recipes from the past for guests on board.

The final sailing for Seabourn Pride under the Seabourn banner will take place on 30 March 2014 as she departs for a transatlantic voyage from Fort Lauderdale.

Seabourn President Richard Meadows said; “Seabourn Pride was the ship that originally inspired one writer to exclaim that ‘Seabourn is in a class by itself.  It has won the hearts of an exceptionally loyal group of travelers over the years, and we want to give them a number of opportunities to recapture the magic and celebrate the unique family feeling, fun and fellowship they have enjoyed while sailing aboard the intimate Seabourn Pride.”