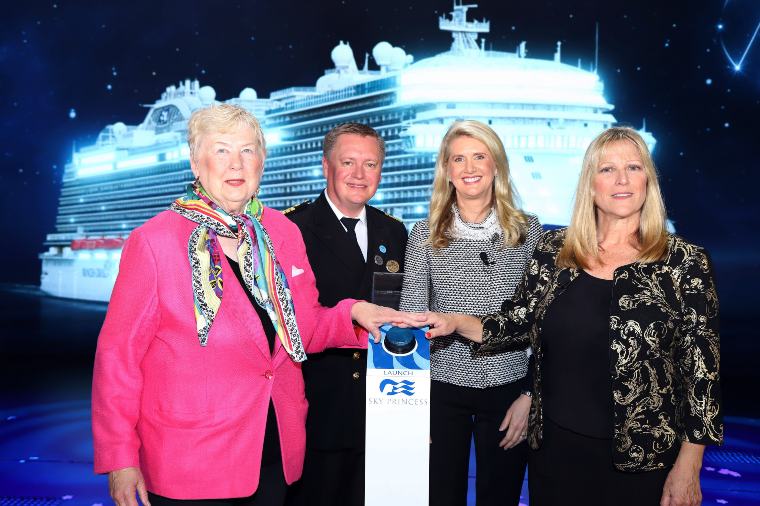 Northcutt served as the first female mission control engineer when NASA made history with its mission to the moon. She earned the Presidential Medal of Freedom after her team’s calculations brought the crew of Apollo 13 home safely after they became stranded.

Hire served as Captain in the U.S. Navy reserve before joining NASA in 1989 as an engineer. She flew to space for the first time in 1998 as a mission specialist on the space shuttle ‘Columbia’ and for the second time in 2010 on the space shuttle ‘Endeavour’ to help assemble the International Space Station.

As we celebrate our newest, most technologically advanced ship – one whose spirit of adventure and discovery match the grandeur of her name, Sky Princess, we also applaud the groundbreaking women of the U.S. space programme. And our godmothers, Captain Kay Hire and Poppy Northcutt, remind us all of what we can achieve when we aim for the sky.

Sky Princess is an evolution of the design platform used for its three sister ships: Royal Princess, Regal Princess and Majestic Princess. Her new features will also be on another sister ship, Enchanted Princess, which launches in Southampton in June 2020.

The new features include:

Sky Princess is the first purpose-built ship to offer the wearable OceanMedallion device to all guests.