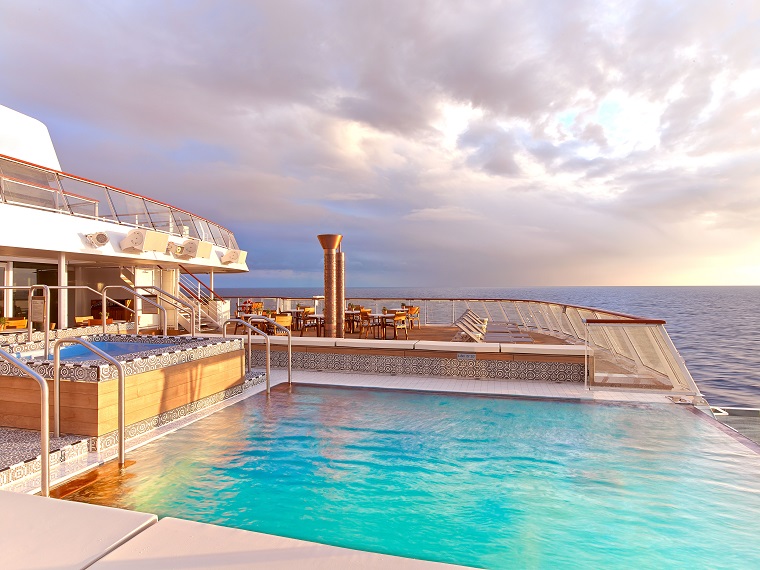 Viking Cruises announced that its fourth ocean ship, Viking Sun, was officially named on The Bund, in the heart of Shanghai.

Viking Sun is currently sailing a sold-out 141-day World Cruise from Miami to London, and its stop in Shanghai marks the first time one of Viking’s ocean ships has called in China.

“I am very pleased to officially name our newest ship in Shanghai. We care deeply about tourism in China, and we have been bringing river cruise guests here since 2004,” said Torstein Hagen, Chairman of Viking. “China is the home of Viking Sun’s Godmother, Mrs. Yi Lou, and in the coming year, Shanghai will also welcome our fifth ship, Viking Orion. We look forward to introducing thousands of new travellers to the cultural treasures in Shanghai and throughout China.”

Viking’s World Cruise guests and international dignitaries were treated to a high-tech show and musical concert on the waterfront that paid tribute to the special friendship between Norway and China.

Viking Sun has now set sail from Shanghai for Southeast Asia and India and will continue to make her way through the Red Sea and the Suez Canal into the Mediterranean.

When Viking Sun finishes her 141-day World Cruise, she will have visited five continents, 35 countries and 64 ports.