Venice is renowned for its grandeur and with a four-night stay in the city, you will be able to explore its incredible architecture and maze of waterways. With three included tours, see the side of Venice that you might otherwise not have seen, creating memories that will last a lifetime. Then you’ll embark Silver Nova, an ultra-luxury ship for a cruise to some of the other gems of the Adriatic scross Croatia and Montenegro. 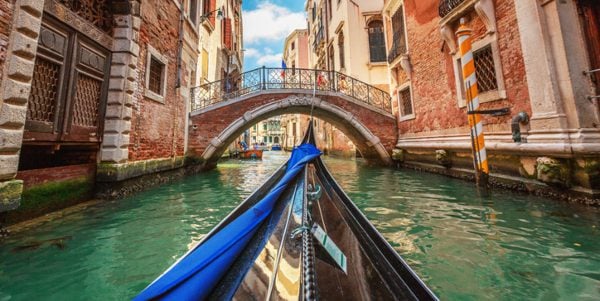 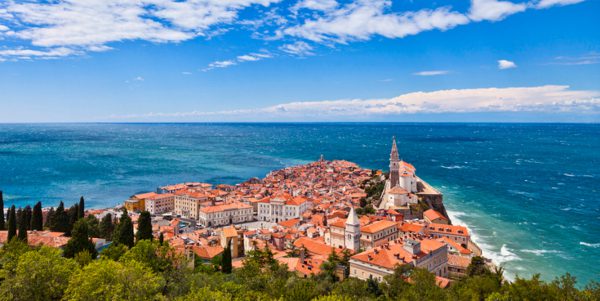 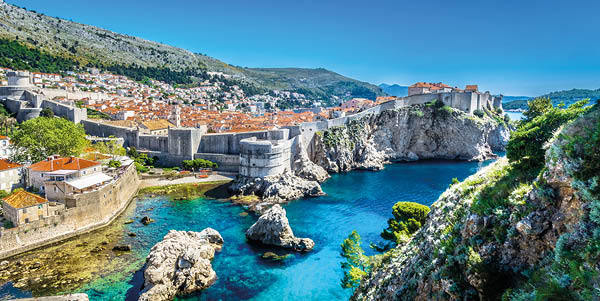 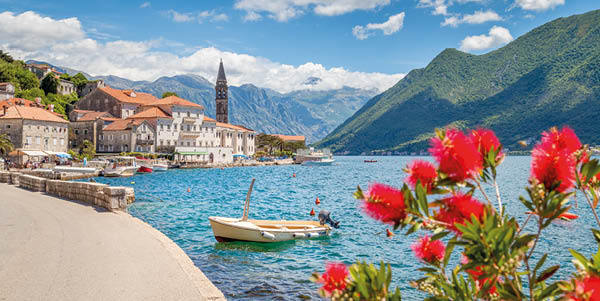 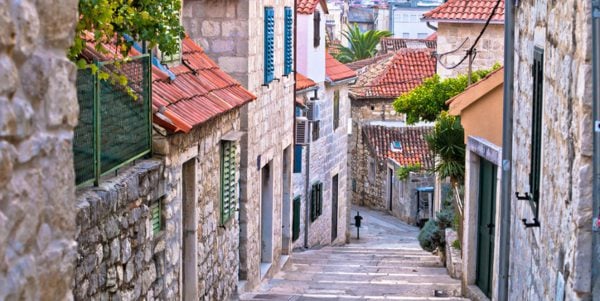 Fly from the UK to Venice.

Arrive in Venice and take your private transfer to your five-star hotel for a four-night stay.

From Venice to the Heart of the Dolomites tour.

Take your private transfer to the port and embark Silver Nova for your seven-night cruise.

The last decades of Venetian rule were marked by decadence, due to the competition with the nearby Austrian port town of Trieste.

Croatia’s Capital of Cool, Zadar is a dazzling mesh of influences and creativity. Romans founded the city before the Venetians, Austrians, French and Italians all had their say, leaving a wealth of architectural interest. Glorious turquoise-water beaches and heavenly waterfalls also lie within easy reach of this energetic city of festivals and outdoor fun. See the old town, with its robust city walls, boasting decorative stone gateways and marble streets. View less

The church of St Donatus, was built from stones pillaged from the Roman forum, while Zadar Cathedral – Dalmatia’s biggest – stands among the many architectural treats of this city, which was once an impenetrable stronghold of Venice’s republic. Head for the ‘pillar of shame’ with its chains to humiliate the criminals of a bygone time – or succumb to the tempting treats of shopping in the market. The sparkling Adriatic’s waters calls you, and Kolovare Beach is a mere ten-minute stroll from the old town. A day trip to Kornat National Park – which incorporates the Zadar Archipelago’s immaculate scattering of beach-fringed islands – or to the divine waterfalls of Plitvice Lakes National Park, will introduce you to more of Croatia’s thrilling natural beauty. The sea truly does sing here in Zadar, thanks to a unique waterfront artwork, which encapsulates the city’s playful spirit. Designed to make music when the waves wash over it, the ebb and flow of the Adriatic, plays the Sea Organ instrument like a maestro. Not far away, the Monument to the Sun is a 22-metre-wide disc, which gathers the sun’s rays during the sunny days, and releases the solar energy in the form of a magical light show after dark. Sit and admire the artwork coming to life, as one of the city’s famous sunsets plays out before you.

Croatia’s crowning glory rears up vertically from the tranquil waters of the Adriatic, and Dubrovnik’s daunting fortresses town is a truly imposing sight to behold. Encircled by chunky stone walls so thick and dramatic they could have been purpose-built as a film set, this city’s unmatched old town is the setting for countless films and shows – from Star Wars to Robin Hood, Game of Thrones and every production in-between seeking a truly authentic medieval flavour.

This fantasy fortress’s walls – which are no less than 12-metres thick at places – are certainly not just for show, however. They kept Dubrovnik safe when it was a maritime republic and they were besieged as recently as 1991, when Serbian and Montenegrin forces attacked, as Yugoslavia broke apart. Fully restored now, the stone streets of the city take you through a beautiful mosaic of architectural splendour, baroque churches and splashing fountains. Tapering alleys rocket up from the central boulevard of Stradun, offering spectacular views down, but you’ll need to walk the city walls to appreciate the fortress city’s full scale. Banking up sharply to the rear, you can gaze across an ocean of terracotta roofs and church spires, clamouring together before the sparkling Adriatic. Visit the neighbouring fort of Lovrijenac, for another perspective, or swing up to Srd fortress’s glorious panorama on a cable car. Dubrovnik’s streets are crammed with eateries and candlelit tables, where couples splash wine into glasses and enjoy gnocchi mixed with creamy truffle sauces. Nearby beaches like Banje are also close by, and hidden bays reward the intrepid who venture out beyond the old town. Take sunset drinks to sit back and watch as flotillas of sea kayaks roll by, or sail on the pristine waters to explore island gems like Lokrum – where peacocks are the only permanent residents.

Embedded into the slopes of the steep Lovćen mountain, and overlooking the deep blue Adriatic, the fortified town of Kotor boasts a spectacular, imposing staging that few can match. Squeezing in through the tight Bay of Kotor is a daunting and impressive approach in itself, as you arrive via the waterway of Europe’s most southerly fjord. A pearl of Montenegro and the Adriatic, Kotor’s warren-like streets drip with history and authenticity. View less

Under Venetian influence for four centuries, the city’s UNESCO World Heritage Site old town invites you to wander amid atmospheric stone-clad streets, overlooked by a sea of terracotta roofs and the double towers of the cathedral. Protected by thick stone walls – and the mountains behind – Kotor draws comparisons with another fortified Adriatic wonder in Dubrovnik. Many favour Kotor for its compact layout, smaller crowds, and authenticity, however – having been spared from shelling during Yugoslavia’s breakup. The tightknit streets here are patrolled by a slinking population of feline residents, who were adopted as the town’s mascots, after being left behind by transient trader ships. Learn of the city’s extensive heritage on the waves, in the dedicated maritime museum that is contained within Grgurina Palace. Pick your way through tight alleys of workshops and studios, walking below fresh laundry strung from windows, before settling into shiny, paved piazzas for an afternoon coffee or seafood meal. If you’re up for an aerobic challenge, tackle the 1,350 steps up the steep walls to St John’s fortress. The views over the gorgeous bay make the arduous slog worth it, as you rise past the city’s eye-catching 15th-century church bell tower.

Split is a busy port with numerous ferries operating to and from nearby islands. It is also a popular resort with beaches, pleasant promenades and good hotels. Venetian Gothic and Renaissance houses and several medieval churches add architectural interest. As a major cultural center, Split does not lack in museums and art galleries. However, the city’s principal attraction is Diocletian’s Palace. It occupies an area of 34,680 square yards and was constructed to serve as a residence and a fortified military camp. By the Middle Ages, the palace had been enclosed within a strong wall with square corner towers, enclosing a town with narrow house-lined alleys. As the city grew, people gradually moved outside the walls and the city center shifted westward.

The first documented mention of Rovinj was in the 5th century. However, it is very likely that Rovinj is much older, emerging somewhere at the turn of the 3rd and the 4th centuries. During this period, Istria was occupied by the Romans who stayed there until 476. Later came the Ostrogoths, Franks and the Venetians. During the Venetian times, Rovinj was developing into a strong fishing, shipbuilding and maritime center, especially in the 17th and 18th century when they had the precedence over Istria. At the time that the town walls were secured, the town started to expand to the mainland and in 1763 the channel between the mainland and the island was covered up and Rovinj became a peninsula.

In 1797 the Venetian republic lost its power and for a short time and Istria fell under Austrian and then under Napoleon’s rule.

In 1813, Rovinj became part of the Austor-Hungarian Empire and a period of industrial and urban development started.

Rovinj fell to fascist Italy until the end of World War II and in the second half of the 20th century was a part of Yugoslavia, as was all of Croatia, until 1991.

In the past 40 years Rovinj has developed from a fishing village into a real tourist center thanks to its picturesque surroundings, its pleasant Mediterranean climate and its cultural-historical values.

Disembark Silver Nova snd take your private transfer to the airport for your return flight to the UK.