If rich history and stunning landscapes are high on your holiday agenda, New York and New England are sure to excite. These eastern shores are dotted with culture and outdoor escapades, making them the perfect place to escape this autumn – after spending two nights in the Big Apple, Caribbean Princess will be your home from home, from which you will explore a wealth of picture-perfect spots. 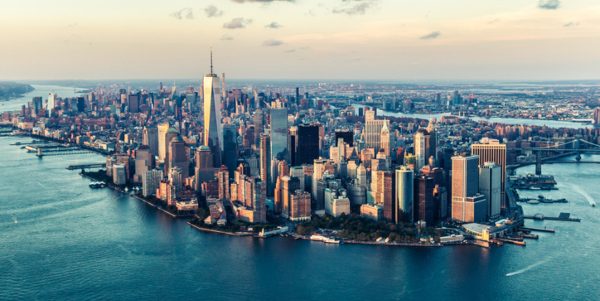 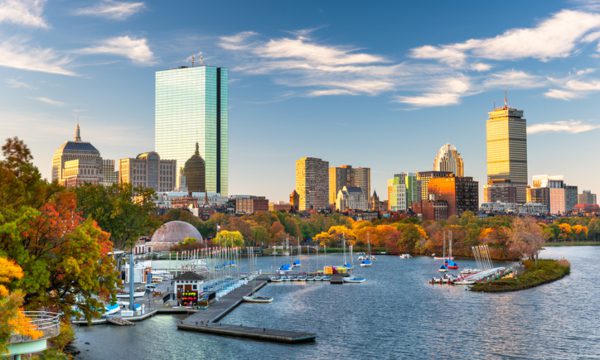 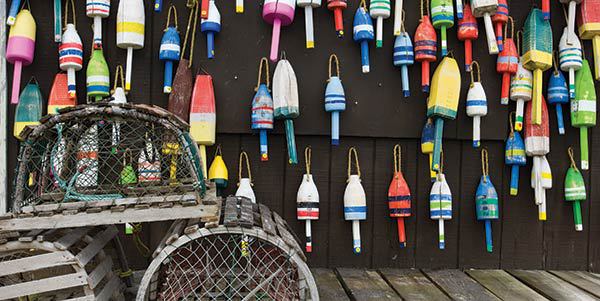 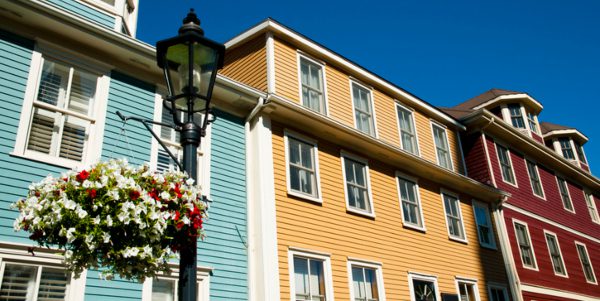 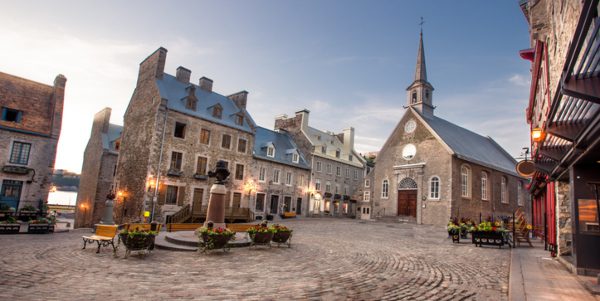 Book one of our EXCLUSIVE Cruise & Stay packages today!

Fly from the UK to New York.

On arrival, make your way to your four-star hotel for a two-night stay.

Make your way to the port and embark Caribbean Princess for your 10-night New England cruise. Depart New York.

In the 19th century, Newport was America’s Versailles. It was here that the great merchant princes and robber barons of the Gilded Age erected the elaborate summerhouses they so ingenuously dubbed “cottages.” At the height of its splendor, a Newport season was a giddy whirl of grand fêtes, yacht races and elaborate beach picnics for assorted Vanderbilts, Astors and Morgans. Today, it is the privileged traveler who marvels at the splendor of great mansions like The Breakers, The Elms, or Rosecliff. Gone are the days when “Tessie” Oelrichs, one of Newport’s fabled hostesses, had 12 skeleton ships anchored offshore and dramatically lit for her legendary “White Ball.”

Hailed as the “Cradle of American Independence,” Boston is filled with historic sites. Boston was America’s first great city. In the 19th century, Boston was rightly described as the “Athens of America.” Today this city of 800,000 retains its vitality, combining historic districts with revitalized urban centers while remaining faithful to its venerable roots. It is a city every American should visit at least once. Follow the Freedom Trail along three of the most historic miles in the country. See the site of the Boston Tea Party, trace the route of Paul Revere’s famous ride, and stand on the bridge where Minutemen fired “the shot heard ’round the world.” In the old Charleston Navy Yard you can see the USS Constitution, the nation’s oldest commissioned warship.

Standing atop Cadillac Mountain in Acadia National Park, it is easy to see why individuals like John D. Rockefeller felt so strongly about preserving this area’s natural beauty.

Established by individual donations, Acadia National Park is a stunning intersection of sea-scoured shores, towering cliffs, and forested mountains. Mount Desert Island had been a resort destination well before the establishment of Acadia National Park in 1919. The wealthy flocked to Bar Harbor at the turn of the century, building Newport-style “cottages” that turned the quaint New England town into a fashionable summer resort. It was the efforts of these wealthy vacationers, including John D. Rockefeller, which led President Woodrow Wilson to establish Acadia as the first national park east of the Mississippi. Many of Bar Harbor’s great houses are a memory. A catastrophic fire in 1947 ravaged the town and the surrounding forest. But Acadia National Park survived, and today it is one of the most visited national parks in America. Acadia’s 35,000 acres are studded with natural wonders: In addition to the stunning landscape, some 50 species of mammals including moose, black bear and white tail deer roam the park.

Boasting unspoiled natural beauty and a spectacular coastline, New Brunswick’s pristine shores await you. The capital of Saint John is Canada’s oldest settlement and was a thriving industrial port until it was leveled by fire in 1877, but redevelopment of the Old City Market and Heritage Area has restored the town’s charm and its sense of history. Saint John lies on the Bay of Fundy, which boasts the highest tides in the world and the astonishing Reversing Rapids, caused when the tides change and the river is forced to reverse direction and flow upstream. Witness this natural phenomenon along with heritage sites on a guided trolley ride and zip-line adventure, or cruise the Bay of Fundy for different views of the area’s spectacular natural beauty. Discover the inspired eateries that have put uptown Saint John on the map as a true foodie destination and venture on to the quaint seaside town of St. Andrews by-the-Sea and St. Martins for a relaxed stroll.

The capital of Nova Scotia and the largest city in Canada’s Atlantic Provinces, Halifax was once Great Britain’s major military bastion in North America. The beautifully restored waterfront buildings of Halifax’s Historic Properties recall the city’s centuries-old maritime heritage. Stroll the waterfront, and you may find Nova Scotia’s floating ambassador, the schooner Bluenose II, tied up to Privateer’s Wharf, just as old sailing ships have done for over 200 years. Halifax is also the gateway to Nova Scotia’s stunning scenery, including famous Peggy’s Cove, where surf-pounded granite cliffs and a solitary lighthouse create an unsurpassed scene of rugged natural beauty.

Cape Breton is fabled as a magical travel destination and the Port of Sydney is the gateway. Known for its beauty and unique Celtic music and culture, Sydney puts some of the Island’s greatest sights and attractions at your fingertips when you disembark into the Joan Harriss Cruise Pavilion.

The dockside pavilion offers an array of Shopping Boutiques, a Craft Market and the World’s Largest Fiddle. You will also find wireless Internet services, a Visitor Information Centre, and the Cape Breton Island Exhibition Centre featuring artifacts, images and an overview of the rich culture and heritage of this historic Island. Or you can simply sit and savour our local seafood cuisine at the Range Light Cafe, or enjoy a glass of wine on our second level balcony.

The city of Sydney has a deep history and was originally founded in 1785 by British Loyalists fleeing the perils of the American Revolution. The rich natural resources led these new settlers to establish prosperous coal and steel industries, which attracted immigrants from a myriad of ethnic and cultural backgrounds. To this day, Sydney remains a haven of multiculturalism.

The Joan Harriss Cruise Pavilion is just a short drive from the community of Baddeck and the breathtaking Bras d’Or Lake where Alexander Graham Bell lived, worked and studied. On the east coast of Cape Breton lies the largest historic reconstruction in North America, the Fortress of Louisbourg. The Fortress is a Parks Canada National Historic Site and is described as a Williamsburg-style attraction that is not to be missed.

While Prince Edward Island is Canada’s smallest providence in terms of area and population, it more than makes up for this with the friendliness of its people, its natural beauty, and for being known as the birthplace of Canada.

The island’s landscape is dramatic and features rolling hills, pristine forests, reddish-white sand beaches, ocean coves and the famous red soil. The capital of Charlottetown offers a small town feel and a relaxed atmosphere with a cosmopolitan flair. The town has evolved into a dynamic city without sacrificing its historic charm. One certainly cannot think about Prince Edward without mentioning the author Lucy Maud Montgomery who once lived on PEI and drew inspiration from the land during the late Victorian Era for the setting of her classic novel “Anne of Green Gables.” PEI also has another claim to fame with the Confederation Bridge built in 1997. The world’s longest bridge over ice-covered waters provides a connection from PEI to the mainland Canada.

Disembark Caribbean Princess and make your way to the airport for your return overnight flight to the UK.