Holland America Line was born in the late 19th century, and got its name from its standard shipping route operating between the Netherlands and New York. Fast forward 100 years, the company was incorporated into the Carnival Corporation, and today operates an amazing fleet of luxurious ships and offers a truly opulent cruise experience.

Holland America shine on many levels, but there are some areas specifically where they never fail to impress, and that’s in terms of their fleet, their dining options, their itineraries, and their ability and willingness to go above and beyond.

In the past few years alone, the cruise line has won awards for their intimate yet exciting mid-sized ships, they’ve been praised for their unique voyages through the Alaskan fjords and around the Canadian coast, their Master Chef Rudi Sodamin has been voted ‘Best Cruise Line Chef’, and cruise passengers themselves have claimed that Holland America Line is exceptional for passengers with disabilities or mobility problems. The service on board the Holland America fleet is truly excellent.

For many travellers, food is one of the most important considerations when booking a cruise holiday, and many cruise lines are starting to reinvent their on board culinary offerings. Holland America are no different, and you can expect nothing less than the best when you dine in one of Holland America’s on board restaurants, whether that’s in the main dining room, a speciality restaurant, the buffet, or even if you order room service.

The company has assembled what they call the ‘Holland America Line Culinary Council’ which is made up of some of the world’s best chefs including David Burke of Iron Chef America fame, and Michelin starred chef Jonnie Boer. The Culinary Council are entrusted with overseeing every aspect of on board dining.

If you’re open to the idea of a fly cruise, you’ll have an incredible selection of itineraries to choose from. While Holland America sailed exclusively between the Netherlands and the American east coast when they first launched, they’re now truly global, sailing all over the world. Travellers have the options of focusing on one specific region, such as Australia & New Zealand, Hawaii & Tahiti, or South America & Antarctica, for example, but can also opt for world voyages departing from Singapore, Dubai, or Fort Lauderdale, Florida. You’ll also have the chance to visit ‘boutique’ ports on board the MS Prinsendam, whose small size means it can reach fantastic ports that others cannot, such as Mgarr, Malta, where you have the chance to sample some traditional Gozitan cuisine, Kalmar, Sweden, known for its impressive castle, and Durres, Albania, which boasts some glorious white sand beaches.

Passengers with limited holiday times that are looking for a warm weather escape will love Holland America’s Mediterranean itineraries.  Fly straight to the sunshine with these superb voyages and take in captivating destinations such as Venice, Athens, Mykonos, Istanbul, Olympia and many more.

Although Holland America Line can be traced right back to the 1870s, it’s far from a traditional cruise company. Holland America has evolved in many ways since their humble beginnings as a Dutch shipping line, and is now one of the most technologically advanced cruise companies sailing from the UK. The line utilise modern technology on all 14 of their ships, which not only helps to enhance the at-sea experience, but also appeals to the younger generation of cruisers.

One of the most impressive ways Holland America have incorporated advanced technology into what is typically considered to be a traditional method of transportation is by offering narrative downloads which will take you on a tour of the each ship’s artwork, giving you more information about the type of art on the Holland America fleet, artists who have contributed to the on board decor, and the inspiration behind some of the most prominent paintings on display.

Please select a ship to find out more

Noordam is a beautiful classic ship, the friendliness and service from the crew was 1st class. Not sure it is cut out fo…

The ship sailed from Buenos Aires to San Antonio Santiago via Cape Horn. We were blessed with amazing weather calm and f…

Just returned from a 7 day Alaska cruise followed by two day trip on the Rocky Mountaineer from Vancouver to Banff. Ever…

Norse Legends & Jewels Of The Baltic

Jewels Of The Baltic & Norse Legends

Jewels Of The Baltic

We had a brilliant holiday going though the Panama Canal , the transit was interesting the pilot gave a talk…

Firstly the good bits; the food was excellent with a huge choice. The service was also top class & the…

The ship, food, cleanliness and service were excellent.However, the entertainment was very poor. 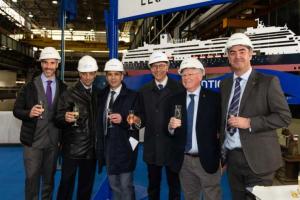 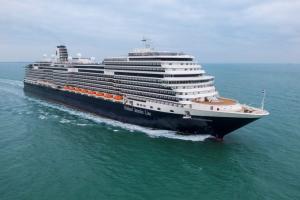