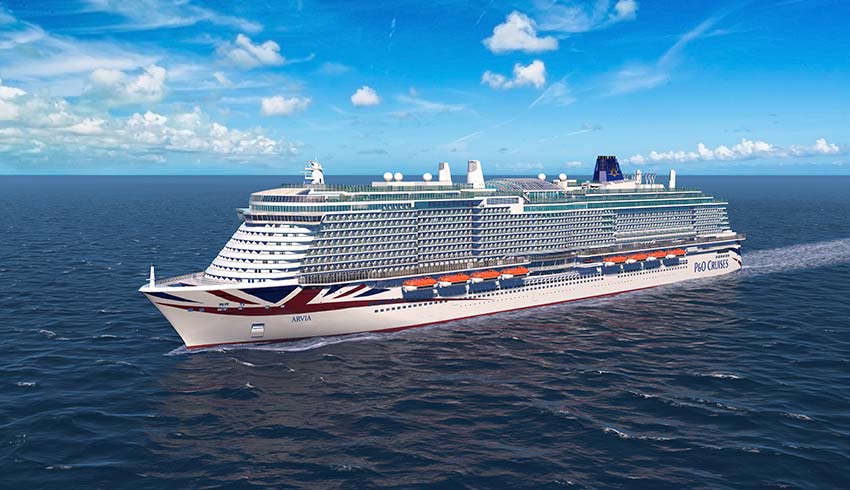 Bolsover Cruise Club lead the way when it comes to securing your selected cruise preferences and making sure you receive exceptional early booking offers, including our Cruise Club Cashback.

Fares below are Select Price fares which means you get a choice of ONE of the following benefits: 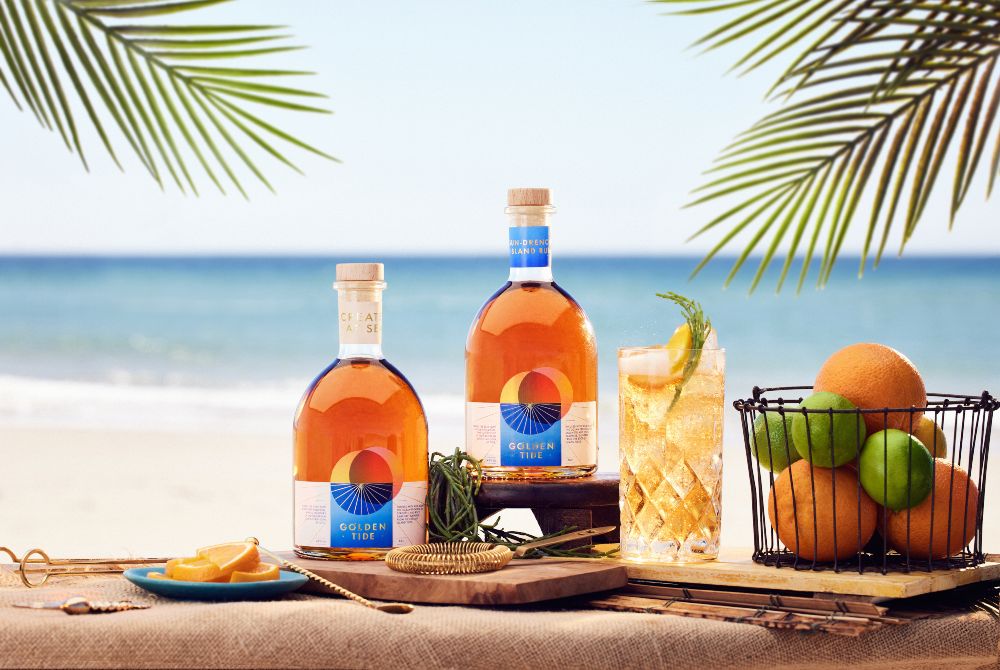 Travel the seas with a golden rum that brings together the Caribbean and the British Isles as one. Created exclusively for P&O Cruises in partnership with The Tidal Rum, Golden Tide is an invitation to savour the essence of a golden-aged spiced rum, infused with coastal botanicals foraged from sea and shore.

This unique blend will be distilled on board Arvia while she sails in the Caribbean, and the recipe will be recreated on the mainland by The Tidal Rum. Sail with Arvia and you can enjoy Golden Tide neat or in expertly crafted cocktails at the bars on board, or buy a bottle to take home and enjoy while reminiscing about your sun-splashed holiday.

Embrace a story of togetherness, connection and the enchantment of travel to sun-drenched island shores and enjoy all the pleasure of making your own golden memories with Golden Tide.

Savour a variety of fine rums at this special tasting as our on-board rum expert explains the story behind each one. Try P&O Cruises very own Golden Tide rum, and other carefully selected favourites including The Tidal Rum, in a unique experience at Anderson’s Bar on board Arvia – home of Aurelia, the first rum still at sea. Garnishes and mixers will be served to perfectly complement each rum and you’ll receive an accompanying guide that leads you through this one-of-a-kind tasting journey. 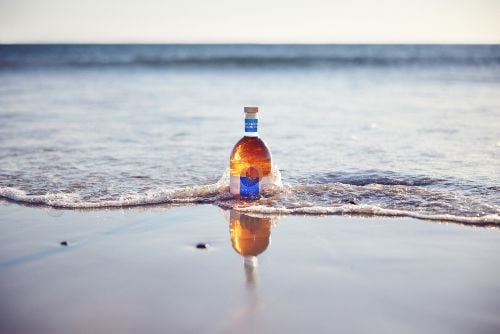 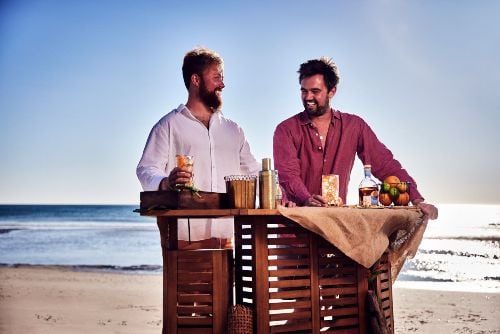 If you’ve ever fancied blending your own rum, here’s your chance to give it a try at Anderson’s Bar on board Arvia where you’ll find Aurelia, the first rum still at sea. During this hands-on experience, our P&O Cruises rum expert will show you how to use a variety of blends and infusions to create your own delicious spirit with flavours from the Caribbean and British coasts and beyond. Even better, you’ll take your bottle of rum away as the ultimate golden memory – perfect for recreating that sun-drenched holiday feeling at home. 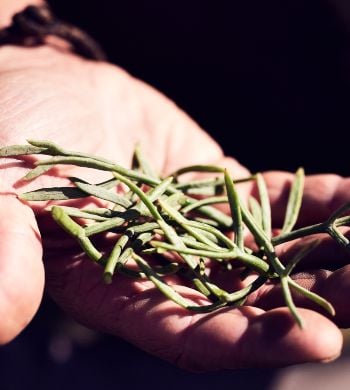 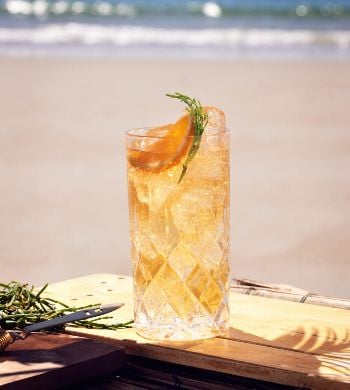 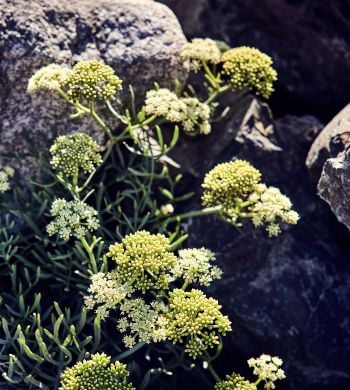 So, what will be onboard Arvia? Here’s a little taste of what’s to come…

Our very own P&O Cruises Insider… 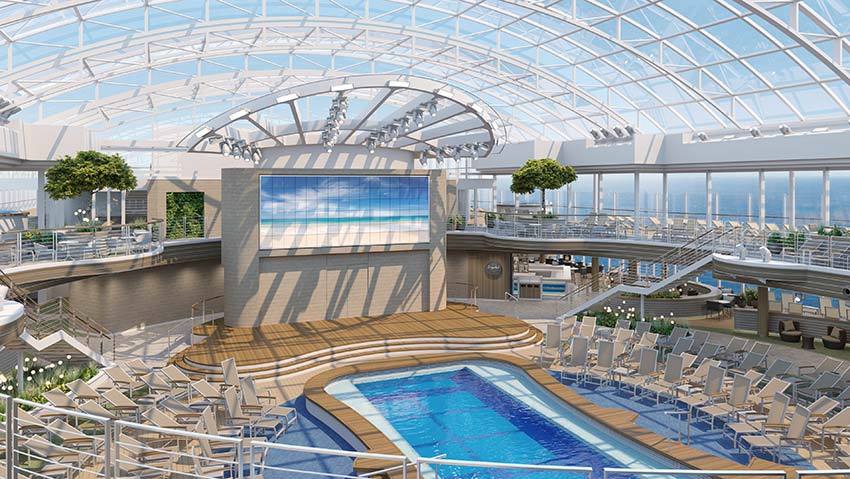 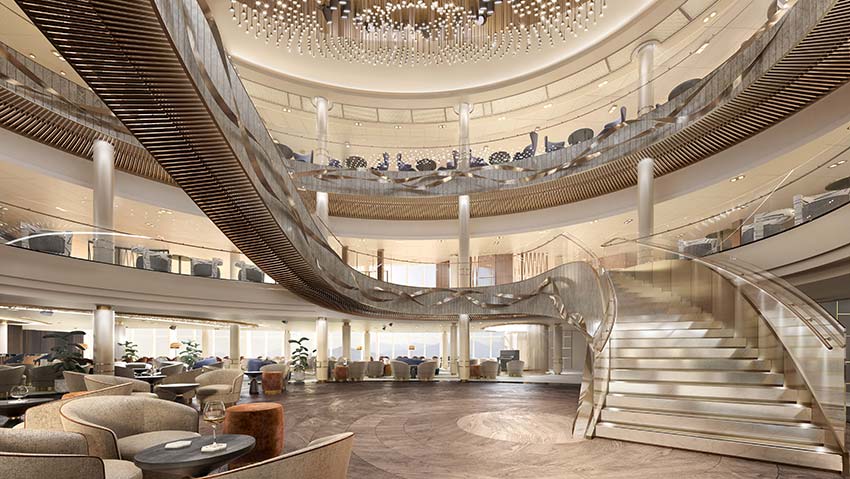 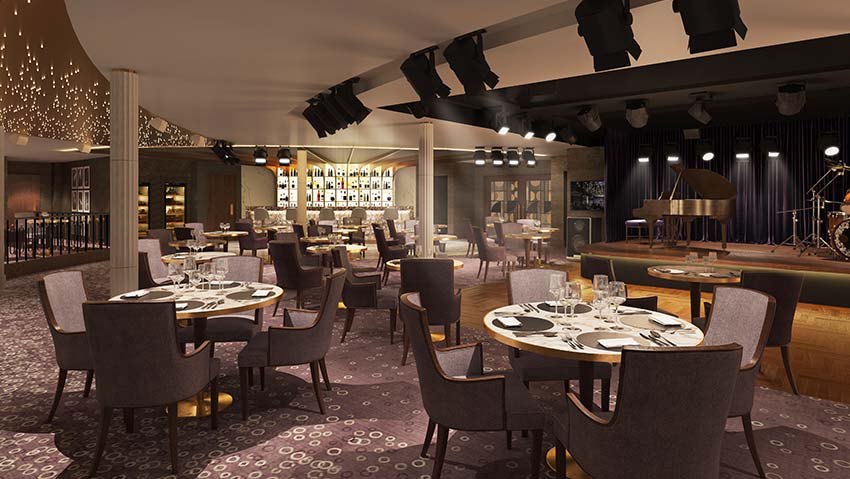 Arvia will be the second LNG-powered Excel class ship in the P&O Cruises fleet, following Iona’s arrival this year. The new P&O ship has a host of surprises in store too; with Arvia’s luminous glass-roofed SkyDome, on-board gin distillery and a whole world of dining and entertainment on board, we can hardly wait to share her with you.

The Official Take That Musical by Tim Firth, exclusive to Arvia 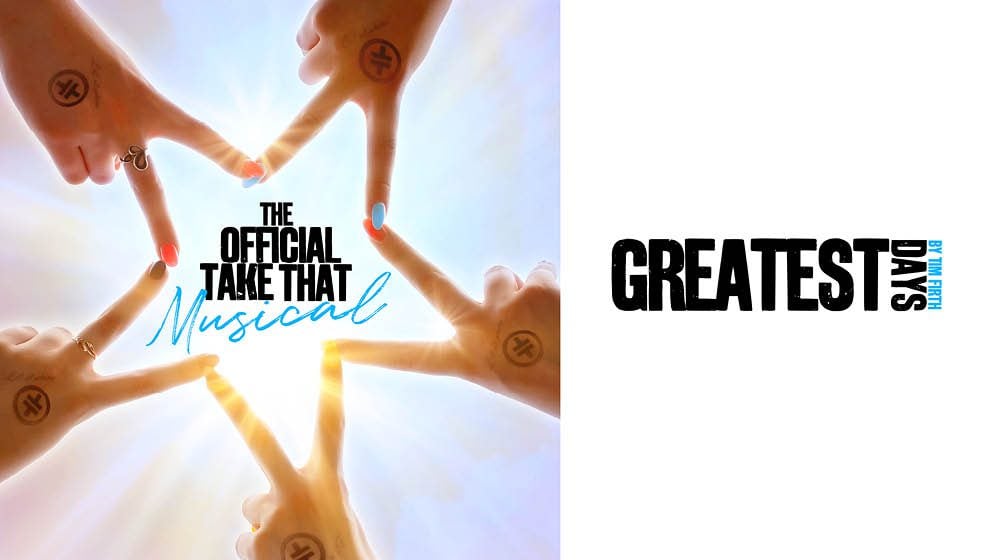 As Arvia’s arrival draws closer, P&O Cruises are thrilled to announce the latest addition to her line-up of show-stopping entertainment: Greatest Days by Tim Firth. The Official Take That Musical.

Arvia is the only place in the world where you can watch this captivating feel-good show, an adaptation of the acclaimed West End musical The Band, featuring the songs of Take That and a beautiful story by Olivier Award-winning writer Tim Firth. Greatest Days is named in celebration of the upcoming film adaptation of The Band and will be brought to life by an amazing cast, handpicked from P&O Cruises Headliners Theatre performers.

Greatest Days – a story about friendship and music

It’s 1993 and for five 16-year-old girls, Take That is everything. Join us as this group of girls, who were once inseparable, reunite after 25 years apart and try once more to fulfil their dream of meeting the boy band whose music became the soundtrack to their lives.

Greatest Days features the music of Take That, Britain’s all-time most successful boy band, whose songs include Never Forget, Back for Good, A Million Love Songs, Greatest Day, The Flood, Relight My Fire, Shine and Rule the World.

Excited about this exclusive experience? So are Take That!

Here’s what the band have to say about the new show: “Almost ten years ago, we had the idea of writing a musical with our songs. It was a big wish of ours to make a show with Take That’s music, but without us – not the story of our lives. Our wishes came true and five years ago we debuted The Band Musical to the world. Now we couldn’t be prouder to bring the story to P&O Cruises under its new name – Greatest Days.

“In Tim Firth we found an author who invented a completely different and wonderful story to which our music makes the perfect frame. A story with a lot of heart and friendship. A musical that shows how music brings friends together. The story works so wonderfully, you don’t even have to know our music!”

Singer, songwriter, producer and performer… Gary Barlow’s many talents speak for themselves. And now he has taken on the exciting role of Music Director of The 710 Club on P&O Cruises newest ships Arvia and Iona.

A place to immerse yourself in the seductive sounds of an array of genres that have inspired Music Director Gary Barlow over the years, The 710 Club on P&o Cruises Arvia is a sophisticated bar crafted to Gary’s creative vision. Atmospheric and low-lit, The 710 Club will serve up live music from resident band The 710s with an unmistakably vintage vibe, stylish cocktails and the most important ingredient of all: a little escapism, to ensure the good times continue long into the night.

Arvia was made for sunseeking and she’ll spend her maiden season sailing cruises to the Caribbean, making herself at home in serene turquoise seas as she hops between eight of the most magical islands.

Cruises on Arvia promise adventure unlike any other, with a design created to make the sea the star and the sun shine in – think swim-up bars and infinity pools with a view of paradise. There’ll be al fresco chill-outs under those ever-blue Caribbean skies and plenty of looking across golden shores with a spritzer in hand.

Holidays on Arvia are set to be all about spending more time ashore, so the new P&O Cruises ship will offer itineraries that include overnights and late calls in some of the Caribbean’s most exciting ports of call. All Arvia’s guests will enjoy an overnight stay in Barbados – home to famous Oiston Fish Fry as the lights go down and the party starts. Choose a 14 or 15-night cruise on Arvia and you’ll also get the chance to kick back and enjoy the evening vibe in Antigua and St Lucia (those Piton views are even better at sunset…) And for those lucky enough to join Arvia for a 22-night repositioning cruse, there’ll be two blissful days in Barbados, plus either two full days in St Kitts or two full days in either Martinique and St Lucia. Doesn’t the sound of being castaway in paradise for a week or two sound like heaven? 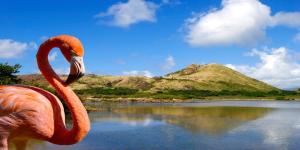 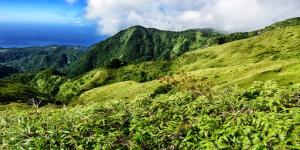 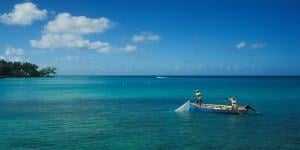 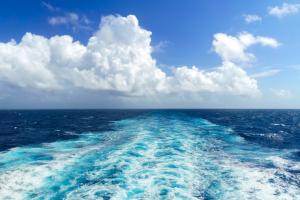 P&O Cruises, Cunard, Princess and Carnival Update Covid Requirements A number of cruise lines have updated their Covid-19 testing and vaccination requirements, due to come into force on the majority of voyages departing from… 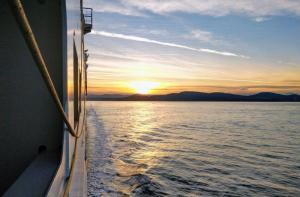 P&O Cruises Updates Covid Vaccination and Testing Requirements Updated: 12 August 2022 P&O Cruises has announced a series of changes to its Covid vaccination and testing requirements, which will affect all sailings currently…
All News 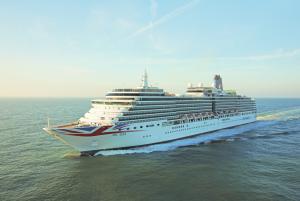 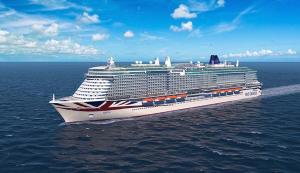 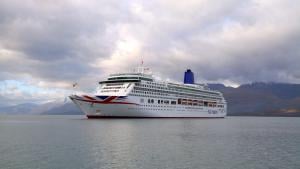 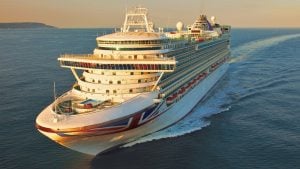 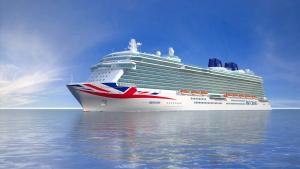 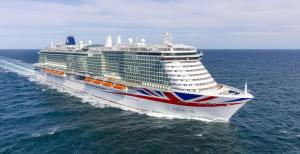 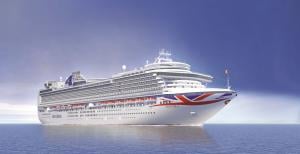