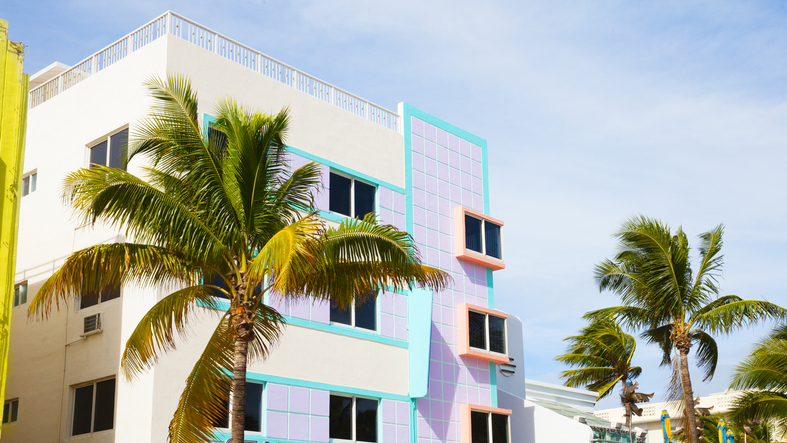 Welcome to Miami, bienvenidos a Miami!

We can’t guarantee a Will Smith welcome to Miami but we can promise that the city is every bit as unforgettable as the song.

Feast your eyes on our Miami Cruise & Stay holiday >>

Things to do in Miami

It is hard to get your head around just how much Miami manages to cram into its city borders. From hip Wynwood and its painted walls to art deco Ocean Drive, as historic as it is illuminated. From the sleek Design District to the swampy Everglades and sandy Key West; Miami has it all. The hardest part of holidaying here before or after a cruise departing from Port Everglades or the Port of Miami – two of the busiest cruise ports in the world – is deciding which bits deserve your attention and which will have to wait until next time. And there will be a next time, because once is never enough when it comes to Miami.

Cinematic Miami Beach epitomises the city you’re used to seeing on screen. The neighbourhood’s emblematic Art Deco District is pretty in pastels during the day and bright with neons at night. The area’s Ocean Drive and Collins Avenue are a place to see and be seen whatever the hour, their palm-lined promenades frequented by men in motors and ladies who lunch. When you’re done with people watching, take a walk north along 5th Street to the Art Deco District Welcome Centre. Free audio tours will give you a run down on the area’s past, which is almost as colourful as its buildings. 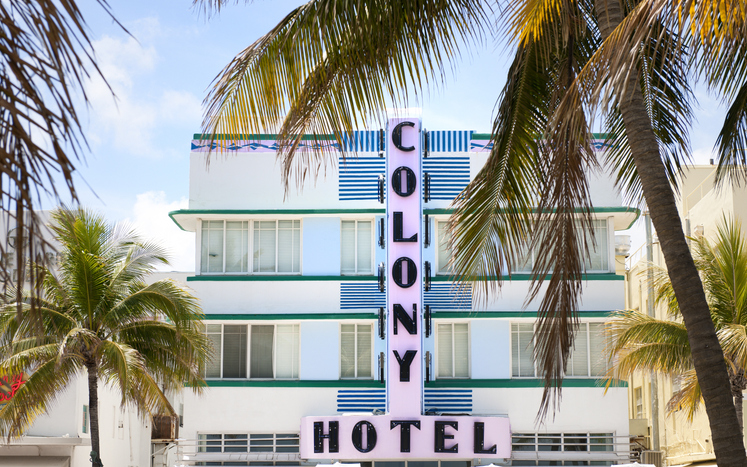 One place where it pays to enlist the services of a local guide who really knows their stuff is Wynwood, a former warehouse district now entirely dedicated to art. This once rundown part of town has been transformed by the power of creativity, the biggest names in graffiti and street art contributing to a landscape of larger-than-life murals. The Wynwood Walls official tour is led by two of Miami’s most-prolific street art stars, Ryan the Wheelbarrow and Pedro AMOS, and offers a fascinating insight into Tony Goldman, the man behind the outdoor art museum, as well as the ever-changing artworks within it. Afterwards, refuel with a home brew and a sausage platter at Wynwood institution, The Butcher Shop, before delving into the surrounding boutiques that sell the wares of local designers. 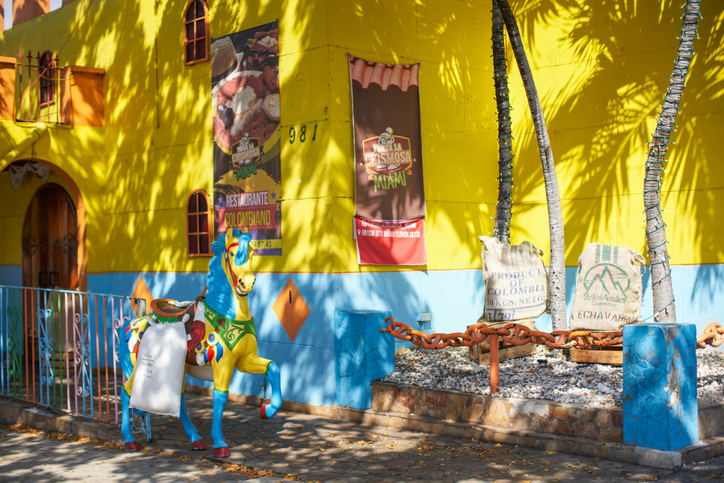 After Fidel Castro came to power, thousands of Cubans fled to Miami, settling in what is now known as Little Havana. This neighbourhood just west of downtown is small in size but big in personality. Strolling Calle Ocho, with its hand-rolled cigar shops and Latin music emanating from every open window is as close as you can get to Cuba without having to cash in your dollars for pesos. Once you’ve taken the obligatory selfie with the painted roosters outside El Pub, visit the Azucar ice cream parlour for a scoop of Café con Leche. Eat it over the road in Maximo Gomez Park, watching the local gents remonstrate over heated games of dominos.

As the southernmost point in the US, Key West can provide a taste of what’s to come in the Caribbean before you set sail or a final fling to soften the blow before you head home, depending on whether you visit pre or post-cruise. If you have already seen everything that Miami and the Everglades have to offer on previous visits, a day out here is never wasted. Sightseeing excursions depart Miami Beach often but the cheapest way to spend a day in Key West is with GoBuses. The new Miami Beach to Key West service departs at 7.30am and returns to the mainland at 11pm, giving you seven hours to enjoy the laidback island oasis in the Gulf. The service runs on state-of-the-art deluxe coaches equipped with air con and Wi-Fi, with tickets costing as little as $18 return. 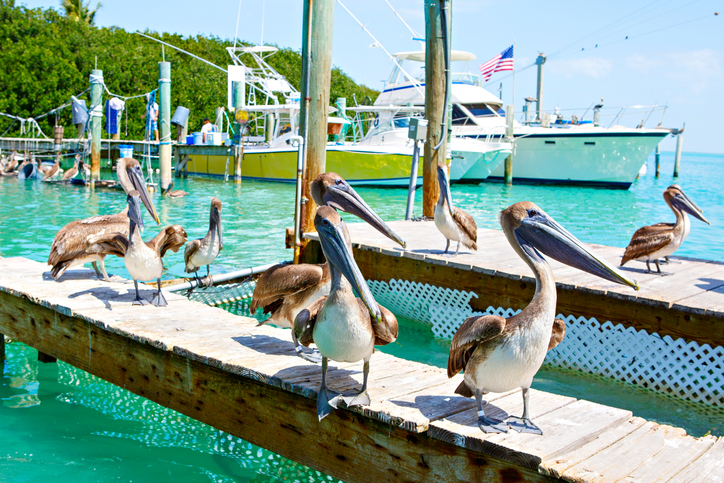 Miami caters for every appetite, from the kale-consuming gym bunny to the gluttonous fast food fiend. The destination has evolved to become one of America’s big foodie cities, with the country’s best chefs no longer shunning Miami for the bright lights of New York or Los Angeles.

In the Design District, Michael Schwartz is leading a culinary renaissance that has helped to transform the area. Those who have cruised with Royal Caribbean may recognise the name; Schwartz is the man behind the meals at 150 Central Park, the acclaimed signature dining venue aboard three of the cruise line’s Oasis-class ships. In Miami, Schwartz has revolutionised the foodie scene with his farm-to-table ethos and famously delicious desserts, his three Design District hangouts – Michael’s Genuine Food & Drink, The Cypress Room and posh pizza joint Harry’s Pizzeria – proving enough to lure locals back to the previously overlooked neighbourhood. Today, it is one of the most impressive locales in the city, a creative hub of food, art and fashion encased in award-winning architecture. 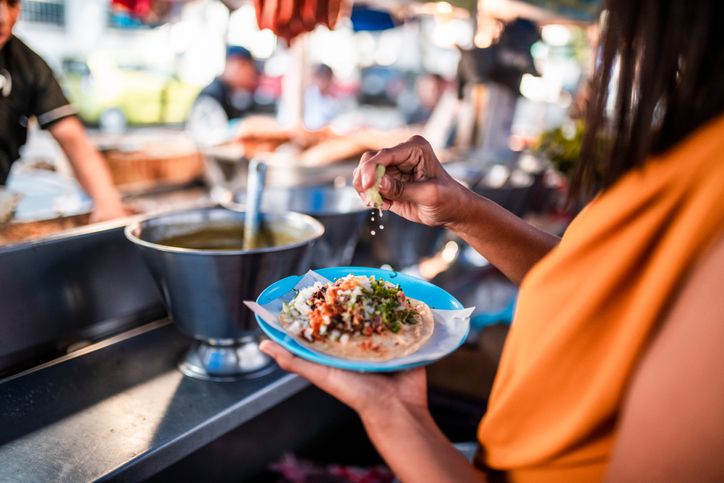 As the one-time home of Gianni Versace, The Villa Casa Casuarina at 1116 Ocean Drive is already one of the most famous addresses in the world. Now fashion fans can get a glimpse inside the Versace mansion without stumping up the hundreds of pounds it costs to spend the night there. Newly-opened restaurant Gianni’s brings the Mediterranean to Miami, with tables on the terrace commanding views of the gorgeous Thousand Mosaic Pool and surrounding tropical gardens. It isn’t cheap but the expense is worth it to say you have eaten at fashion’s most iconic address.

Almost 70% of the population here is Latin and some of Miami’s signature flavours have been dictated by the influx of Cuban, Peruvian and Colombian communities that arrived into the city during the 1960s. Nowadays, eating Cuban food in Little Havana is bucket list stuff and there’s no better place to oblige than at Versailles. Entirely unrelated to its Parisian namesake, ‘The World’s Most Famous Cuban Restaurant’ has been dishing up surprisingly authentic Cuban cuisine for almost 50 years. Despite its popularity with tourists and appearance in almost every Miami travel guide, it remains a spot where locals come to chow down, chill out and talk politics. 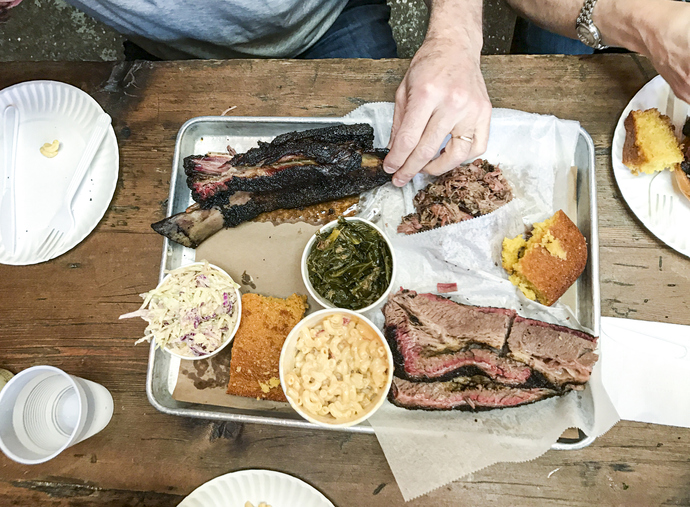 With Latin, Pan-Asian, Mexican and more on the menu, one could quite easily forget that Miami sits in America’s south, home of soul food and epic portions. Located just off Lincoln Road, Yardbird serves up a tasty reminder of your whereabouts with a menu of Southern comfort food. Think beef short-rib, shrimp ‘n’ grits, fried chicken, cornbread and collard greens and you’re on the right lines. Equally all-American is Big Pink, a Miami stalwart that needs no introduction. The stereotypical diner may look like a Barbie playhouse but its vast menu has won the hearts of everyone from celebrities quenching their carb cravings to post-bar patrons in need of something to soak up the alcohol. There aren’t many after-effects of one too many mojitos that a big bowl of their special skillet-baked mac ‘n’ cheese can’t cure.

Once the sun goes down, things really start to heat up in Miami, where cocktails and Coronas are as much a part of the experience as sun, sand and psychedelic lifeguard towers.

As the sun sets, the party people come out to play. Get a head start on the revelry by embracing the American institution that is happy hour; almost everywhere in the city celebrates clocking off time with cocktails, beers and bar bites that won’t break the bank.

South Beach is a hive of happy hour activity and choosing a bargain bar in which to spend those precious two or three hours isn’t easy. We like to follow the lead of the locals, a path which inevitably leads to Monty’s Sunset. Located in South Pointe, this cool and carefree hangout boasts the best sunset views in the whole of South Florida. Find out what time the sun will set on the Monty’s Sunset website and plan your visit to coincide with the arrival of blood orange skies over Miami Beach Marina. Unlike some South Beach hotspots, the prime views here aren’t served with a side of snootiness; in no time at all you’ll be tucking into Florida Keys crab with your bare hands and clinking drinks with locals in the tiki hut. 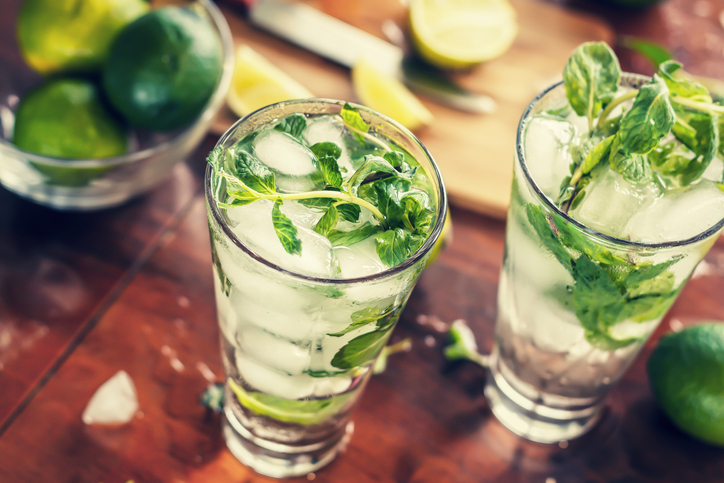 It’s safe to say that you are sorely missing out if tacos don’t factor into your Miami stay and the only thing better than tucking into the Mexican mainstay is knowing that it only cost you $2 to do so. Set aside another $3 for a draft beer too and make your way to Bodega, a seemingly unextraordinary taco shop on South Beach’s 16th Street. Avert your gaze from the fine taco selection long enough to reach the secret door at the rear of Bodega and you’ll find yourself in a not-so-secret speakeasy that is far enough off the beaten path to avoid being overrun with tourists, yet easy enough to find without going too far out of your way. Happy hour runs 6-8pm every day in the two-storey bar, where Cuban interiors and Mexican flavours provide the perfect prelude to your night.

Of course, there’s more to Miami than happy hour. Ball & Chain in Little Havana once welcomed Billie Holiday and Nat King Cole to its stage, putting on a show after hours back when African-American performers were still expected to be out of Miami Beach by midnight. The bar has been restored to look just as it did in its 1930s heyday, its pineapple-shaped stage trodden by the lyrical cream of the crop who are dead set on keeping the tradition for live jazz beneath the tropical palms alive. Order a Mojito Criollo and make yourself comfortable for the show from 6pm Thursday to Saturday. 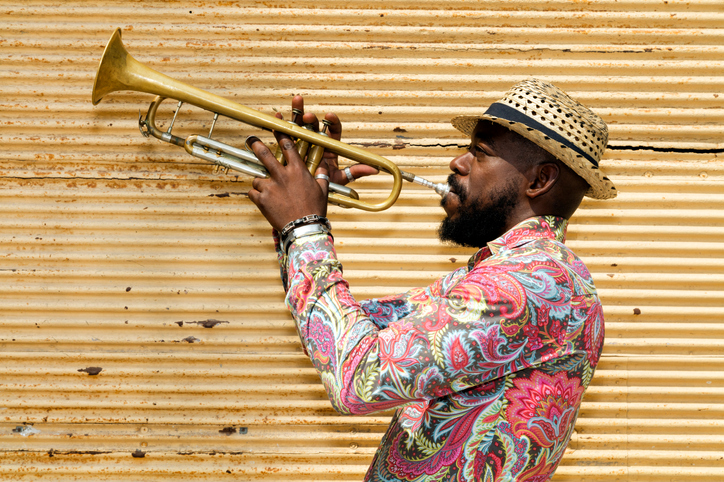 If you’re keen to check out Biscayne Bay from above, Sugar is the very best of all Miami’s many rooftop bars. Located on the 40th floor of the EAST Miami hotel in the Brickell District, Sugar is making waves with its Asian-fusion tapas and craft cocktails. Testament to its success, the venue was recently recognised by Condé Nast as one of the top ten rooftop bars in the whole of the US.

Last but not least, it isn’t often that we recommend a visit to the local hostel. However, Miami’s Freehand Hostel is hiding a secret cocktail haunt in its midst. Broken Shaker serves the best cocktails in the city bar none, its imaginative mixologists knocking up quirky concoctions with herbs picked from a courtyard garden. They have board games too, which is always a winner in our eyes.