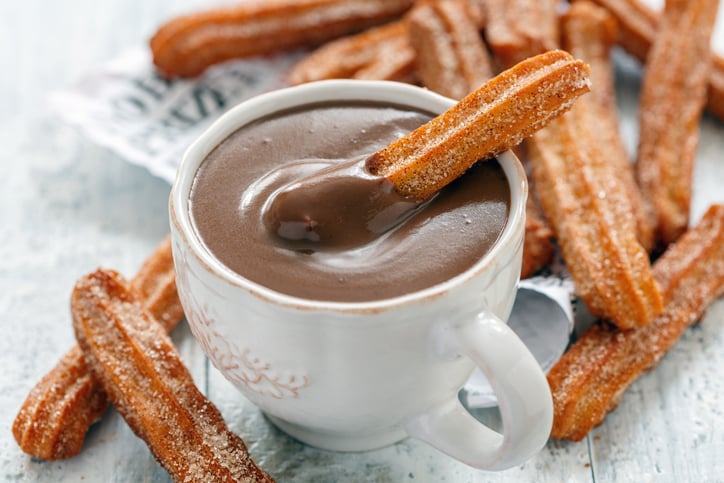 Next up in our quest to taste our way around all the places we’re desperate to travel to is churros, the sweet, stodgy, decidedly Spanish classic that tastes as good in Seville as it does in South America. Or in this case, right here at home. We’ve stumbled head first into the belief that a full stomach equals a happy heart in lockdown and while ever we are fortunate enough to have flour, we’re using it to get our bake on for a flavour of some of our favourite destinations.

FOR THE CHURRO MIXTURE

FOR THE CINNAMON SUGAR