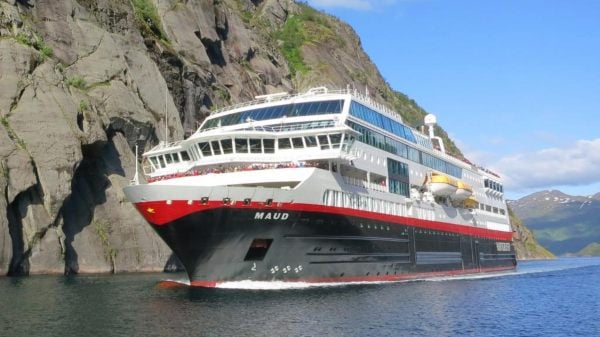 MS Maud is one of Hurtigruten’s expedition ships, transporting guests to exciting destinations throughout the British Isles and Norway. Ivannah from our marketing team recently got the opportunity to explore the ship and, being her first time on board a Hurtigruten ship, she shares her first impressions and personal highlights.

We got our first glimpse of the ship as we were being directed to the car park and what a beauty she is … small but perfectly formed. As soon as I stepped on board, I noted that the interior had a dignified classic appeal.

The lecture hall was our first stop. It’s kitted out with perfect acoustics and with technology so that any talks given could be viewed in your cabin, too. 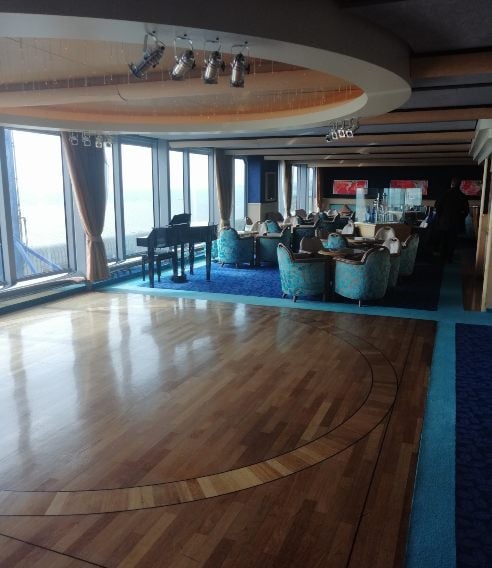 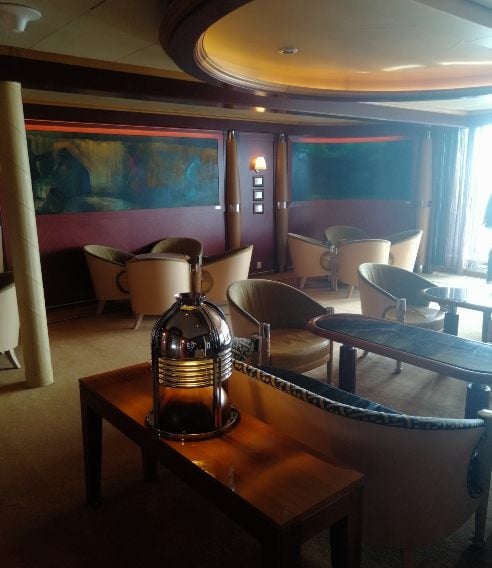 My preconceptions were that the ship would be designed for function due to the nature of the cruises being more about exploration and the ports of call being the focus, rather than the comfort and style. How wrong I was! Comfort seemed to be the order of the day with plush understated interiors and numerous seating areas to while the day or evening away when not out exploring all the world has to offer. There are even hot tubs on the upper deck and a sauna! 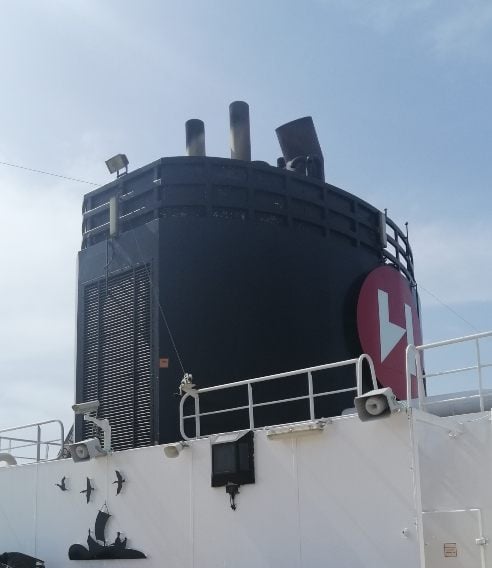 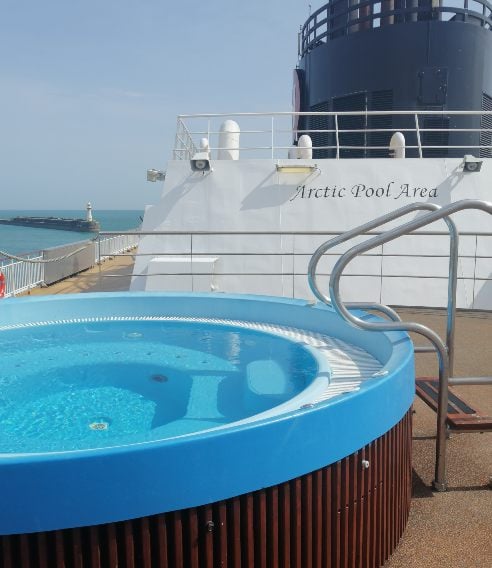 The ship even had a brightly coloured centrepiece which turned into a kaleidoscope of colours as you travelled in the lift.

Being a smaller ship, it was easy to navigate and my usual lacking sense of direction didn’t kick in. It also meant you could save your energy for the intense hiking expeditions ashore or the new evening paddleboarding on offer, rather than traipsing from deck to deck and getting lost.

During our tour of the ship, we were shown the onboard Science Center which I had assumed previously was a large part of the facilities onboard, but it was a discreet area. The onboard experts mainly set it up ready for guests to utilise, rather than guests being independent in this area. 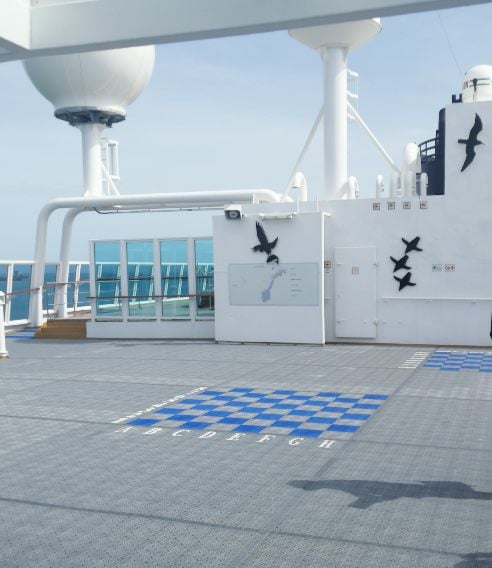 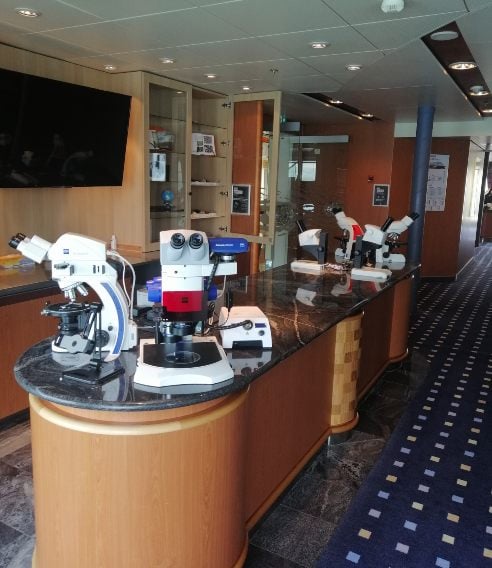 The environment is a hot topic for Hurtigruten. They haven’t used single-use plastic since 2018 and have tried to minimise the impact on the environment by encouraging guests to not have their cabins cleaned and laundered daily, and they donate to charities for each time this happens throughout the cruise.

As part of their science programme, Hurtigruten also encourages the support of monitoring apps both onboard your cruise and when you return home. These can be used to record species of birds and marine mammals such as whales and sea leopards, cloud observations, snow algae and phytoplankton studies. These are carried out in collaboration with IAATO, AECO, the Polar Citizen Science Collective, ASI, NASA, Polar Tag, NIVA, UNIS and several other institutions and universities and endeavour to keep the environmental impact to a minimum in all they do. This was all explained in much more depth than I had initially realised and is definitely a positive for the environmentally conscious traveller.

They have also set up the Hurtigruten Foundation, a collaboration between Hurtigruten and its passengers, partners, suppliers, organisations and donors to make an actual difference on projects worldwide, including those which are not necessarily cruise related. 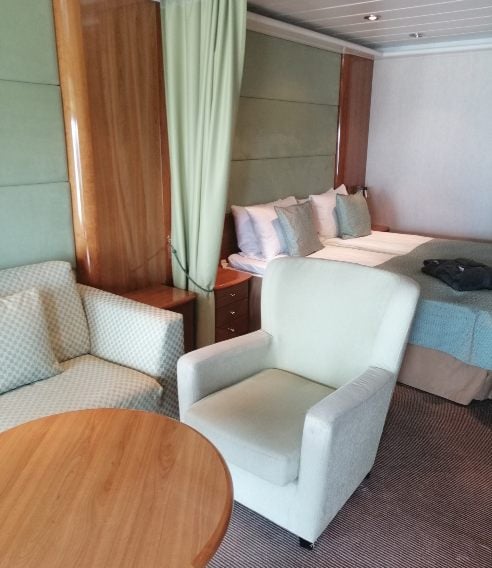 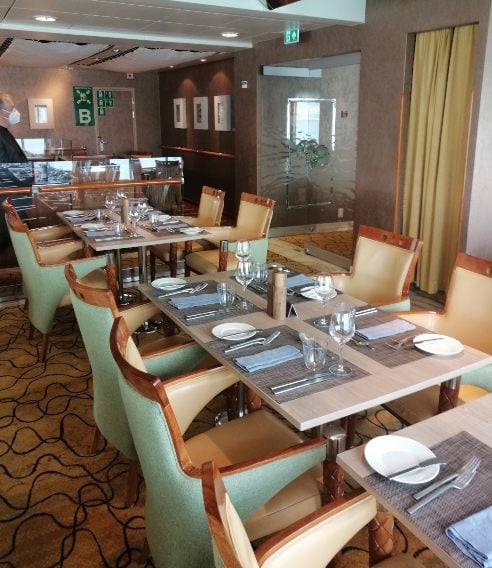 Onboard dining on MS Maud exceeded my every expectation. I thought it would be more fuel for the day of adventures and again understated, but the main dining room Aune served a beautiful selection of local specialities and, unlike other cruise lines, it is rarely a buffet restaurant and mostly table service. It also boasted spectacular views from the floor-to-ceiling windows which are a common feature throughout, especially if you are lucky enough to be seated to the fore of the ship. 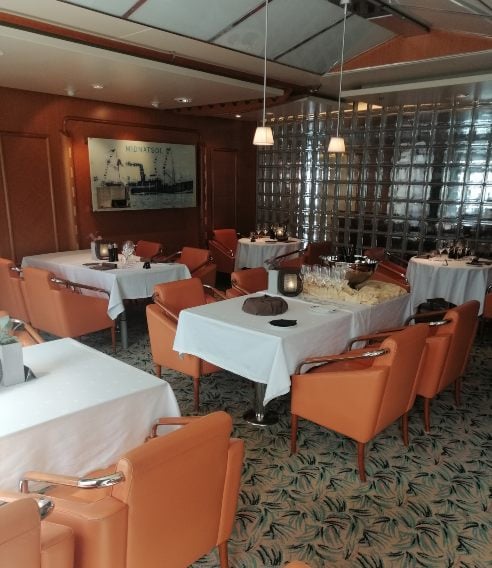 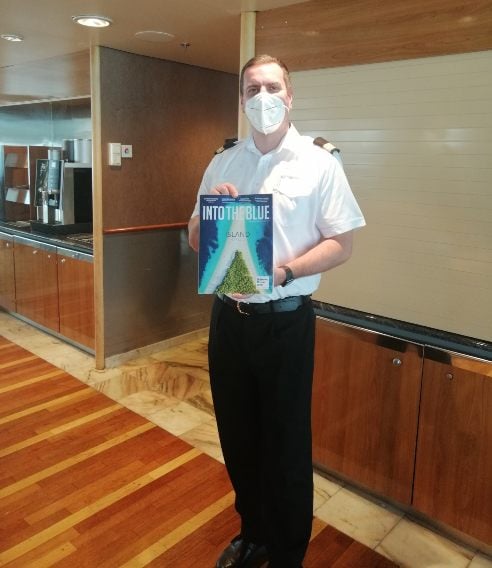 The planned activities ashore vary from cruise to cruise but are very much about immersing in local culture and supporting local activities. There’s even the chance to get involved in local beach cleaning!

All in all, a lovely visit and I would definitely consider travelling with Hurtigruten in the future to try a different kind of cruising holiday. 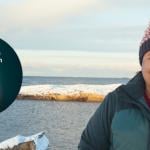