Six Things You Might Not Know About Ambassador Cruise Line

When Ambassador Cruise Line launches next year, it’ll be the first new UK cruise line for more than a decade. Its maiden season is already selling fast and with days to go until their introductory offer of 20% discount plus on board credit and more ends, we’re taking a closer look at what you might not already know about the new cruise line making waves in sailing from the UK.

Ambassador Cruise Line will launch with one ship, Ambience. She’s in for a full refurbishment that’ll leave her unrecognisable, but if she looks a little familiar right now it could be because you’ve seen her plying the seas for P&O Cruises Australia as Pacific Dawn. She was set to become CMV’s new flagship under the name ‘Amy Johnson’ too, but she’s finally found her rightful home as Ambience. 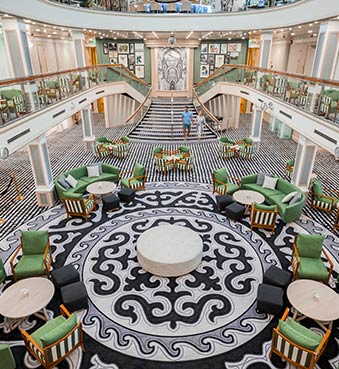 Adult-only cruises have soared in popularity with those seeking a more serene sailing than one might expect with the kids in tow. Ambassador will focus on an over-50s clientele in their maiden season and looking ahead.

…but Ambassador’s multi-generational sailings will welcome the whole family

Okay, we know we said they were for the over 50s, but Ambassador Cruise Line will welcome families on two special sailings as part of their maiden season. We’ve all missed spending time with our nearest and dearest, so two multi-generational cruises from the UK promise to prove very popular indeed.

Children and babies over six months will be welcome on a seven-night Fjordland sailing, departing on 6 August 2022, and the 14-night Baltic Treasure & St Petersburg voyage, departing on 23 July 2022.

Ambassador Cruise Line are already planning their next ships

They haven’t even launched yet, but Ambassador are already on the hunt for fleet-mates for Ambience. They’ll stick in the 1,400 passenger range, but you won’t find new ship orders being placed with shipyards just yet – the waiting list is just too long post-pandemic! Instead, Ambassador Cruise Line will buy existing ships and upgrade them to new standards. How many ships they’re set to sail is yet to be revealed but we have it on good authority that Ambience won’t be an only child. 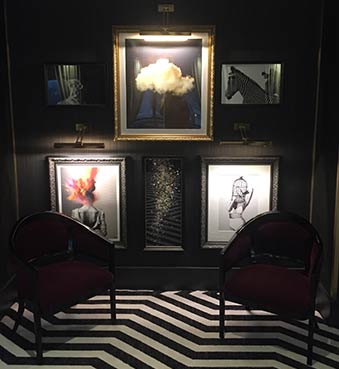 Ambience will sail 33 cruises visiting 88 different ports in her maiden season, and some of those will see her offer ‘expedition style’ voyages. Cuba, the Caribbean, Cape Verde and Scandinavia are all on the expedition cruise list.

Holiday on Ambience and you’ll have the option of all-inclusive, but it’ll look a little bit different to how you’re used to seeing it. Ambassador Cruise Line want customers to be able to ‘pick and mix’ their benefits and choose what they want. Not fussed about transfers but fancy priority boarding? Done. Keen to include insurance in this day and age? They can do that too. 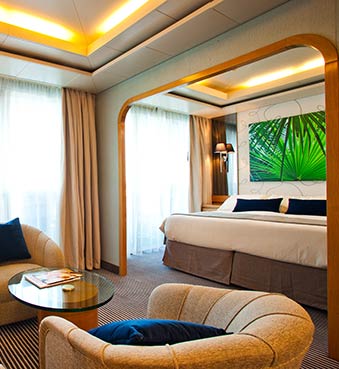 Passengers can access two fares when booking an Ambassador cruise – the Fair Maiden fare and the Ambassador fare.

The Fair Maiden fare offers a 20% discount off the full fare and up to £630 on board credit depending on the cabin booked.

Passengers will also be able to purchase the Ambassador Explorer Drinks package.

A second Ambassador premium fare offers a 20% discount, up to £630 onboard credit and the option to add an Ambassador Expedition Drinks package, which includes premium drinks, teas, coffees, gratuities and service charges.

Whole new cruise lines don’t come along every day! Be amongst the first to experience Ambassador Cruise Line – check out maiden sailings on Ambience right here.