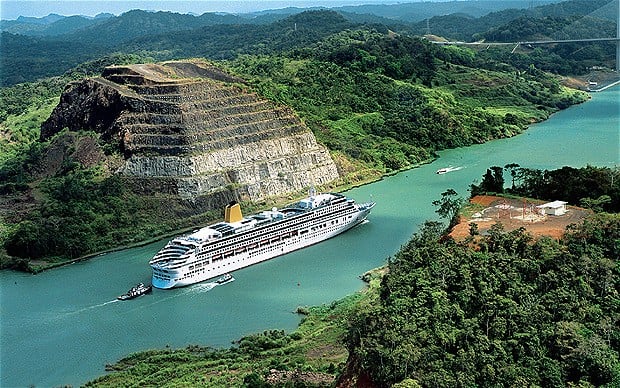 Before the Panama Canal was completed in 1914 – an exercise which took 30 years – trade ships had little choice but to sail around Cape Horn on the southern tip of South America. While many cruise ships today offer amazing sailings around Cape Horn, the smaller trade ships of the past had difficulty in navigating the choppy waters, and it was quite risky for sailors to take this route. However, if they were to import and export goods between Europe and the Pacific region in a timely manner, it was the only way. That is, until the Panama Canal was introduced, this

then offered a safer and quicker way for trade ships to travel between the Atlantic and Pacific oceans. Nothing like this had ever been attempted before, and it instantly became the most remarkable engineering project in the world. The canal is still frequently used for trade purposes, although it has become more of a tourist destination in recent years, with luxury cruise ships making the trip between the east and the west.

Why Take a Panama Canal Cruise?

The west coast of the United States is absolutely beautiful and so wonderfully diverse that anyone with a love of travel, culture, and adventure should visit these glorious shores at some point in their lives. Unfortunately for British travellers, getting there isn’t always particularly convenient. Of course, flights are the obvious solution, but not everyone’s cup of tea due to the long haul flight times, which average 10 hours between London and Los Angeles.

The Panama Canal has made it possible for Europeans to experience the magic of the west coast in a comfortable, luxurious, and cost effective manner. Sailing through the clear blue waters of the Caribbean, immersing oneself in the rich culture and history of Central America, and experiencing the Pacific influences which make west coast USA a world apart from the eastern states creates a truly unique and definitely unforgettable holiday for the intrepid traveller.

However, it’s not just about getting to a destination; it’s also about the journey itself. Sailing along the Panama Canal is a very special experience indeed. With just a small amount of space either side of your ship, you’ll get to go where many 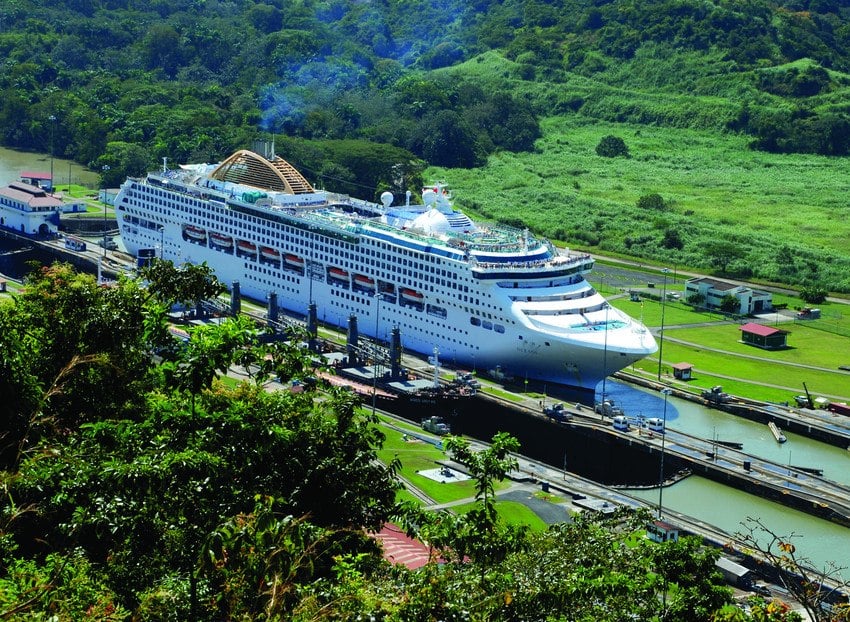 of today’s larger ships cannot, passing through locks which raise the ship a whopping 85 feet along the way. It’s a full scale operation, with land trains that meet your ship and help to keep it steady as it rises. You won’t get an experience like this anywhere else in the world!

Full transit itineraries travel between the Central American cities of Panama and Colón, or vice versa, both of which offer many points of interest for travellers. However, there are also plenty of other fascinating ports at either end of the canal. Here are just some of the ports you may visit on your trip:

Panama City is very historic, and hugely multicultural, which means you could spend weeks here and still not be bored. There are two districts of Panama City that are simply fascinating – Casco Viejo and Panama Viejo – and passengers can’t afford to miss out on strolling around these captivating streets. Casco Viejo has retained its Spanish colonial charm while its surrounds have attempted to modernise themselves, which really highlights the Spanish origins and influence. Panama Viejo, on the other hand, is simply enchanting. The remains of the original city of Panama, destroyed by fire in the 17th century, lie in this district, which has become a designated World Heritage Site due to its cultural importance. 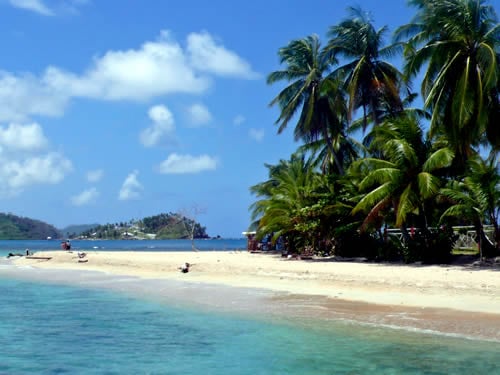 While Colón can’t compare to the beauty of Panama City, it is widely acknowledged as a shopper’s paradise. The cruise port, Colón 2000, is part of a comprehensive shopping centre complete with a myriad of souvenir shops, restaurants, duty free shops, and even a luxury hotel and casino. You could spend hours here! For hard-core shoppers, however, La Zona Libre, one of the largest duty free shopping complexes in the world, is amazing. With imports from Asia, the United States, and South America, you’ll find plenty of wonderful products here. 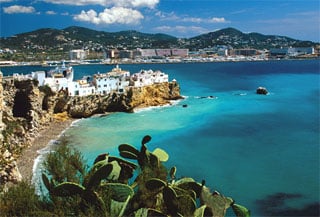 Cartagena perfectly represents the eastern side of a Panama Canal cruise. Located overlooking the Caribbean Sea, this destination is quintessentially Caribbean, despite not being one of the Caribbean islands. Boasting a number of coral reefs just off the coastline, and the stereotypical white sandy beaches of Playa Blanca, Cartagena is a relaxed, laid back Caribbean holiday destination that’s massively popular with travellers from all around the world. Think watersports, colourful cocktails, and mouthwatering cuisine!

Many Panama Canal cruise itineraries start or end in Los Angeles – the City of Angels. LA really is what you make of it – it’s truly a place of contrasts. What many

travellers come here for is the Tinseltown aspect. While there are a number of theme parks here, such as Universal Studios, you don’t need to pass through the gates to get the theme park atmosphere. Hollywood itself, with the dressed-up characters roaming the streets, the Walk of Fame, and the looming Hollywood sign high up in the hills is as far from reality as you can possibly get! This is the perceived gateway to fame and fortune but Los Angeles
also boasts endless beaches, none stop excitement and exhilaration plus an incredible array of entertainment.  You’ll find outstanding restaurants, museums, shopping centres and nightlife not forgetting exceptional sporting attractions and international allure. 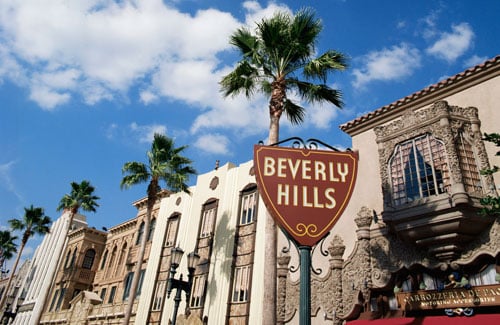 Beautiful Beverly Hills is a must when visiting here.  This is THE place to see the rich and famous.  Take a wander down Rodeo Drive and soak up the atmosphere of wealth, elegance and opulent charisma.  See stunning designer label stores including the likes of Gucci, Armani & Ralph Lauren before heading along the Sunset Strip.  The Hollywood Bowl and Universal City Walk are also two great venues to see when visiting here but to be honest, the list is endless, read as much as you can and choose what best suits you.

Although timings will vary depending on your exact itinerary, many passengers will find that their ship enters the first lock very early in the morning, and you don’t want to miss out! A local pilot, experienced in guiding ships throughout the canal, is often brought on board at around 5.30am, although you’ll find the best viewing places on deck taken up long before that. Yes, it’s early, but this is a once-in-a-lifetime experience. Get an early night to ensure you’re ready and raring to go when your ship enters that first lock, gaining access to the canal.

Staterooms with a balcony are nice, there’s no denying that. However, on many cruises, especially those with plenty of shore days, they’re not always deemed necessary – you’re often out and about during the day, and enjoying dinner and a show in the evening, leaving little time to really make the most of your private outdoor space. On a Panama Canal cruise, we wholeheartedly recommend booking a balcony cabin! Not only will you have a guaranteed view of the breathtaking scenery along the way, but if you’re doing a full transit you generally won’t have the opportunity to leave the ship – it’s just nice to have your own space to get some fresh air when you’ve been on board all day.

Many travellers are of the impression that if they’re going to ‘do’ the Panama Canal, then they’re going to do a full transit. However, if you don’t have the time for this, a partial transit can be equally as amazing – if not more so! While you won’t be able to say you travelled between the oceans, many partial transit itineraries allow passengers some shore time, which provides an excellent opportunity to really discover the local Embera Indian villages in the Chagres National Park, and the majestic and exotic wildlife of the Gamboa Rainforest.