We were lucky enough to spend two nights on Norwegian Bliss as it sailed from Bremerhaven to Southampton. She’s the biggest ship Norwegian Cruise Line has ever built and it only took a couple of hours to realise that Norwegian Bliss is going to be the perfect ship for family cruises to Alaska, something that had shot straight to the top of our bucket list by the time we had disembarked in Southampton on Sunday.

The Mad Milk Shakes in Coco’s

It was the huge stein glasses we spotted first, dripping in white chocolate, studded with rainbow sprinkles and gummy bears. Little did we know that they were just the beginning of a mammoth Mad Milk Shake that would satisfy the world’s sweetest tooth. We’re talking dark chocolate gelato, Oreo cookies, crushed M&M’s, caramel butterscotch, whipped cream and gummy bears, all piled in a chocolate-glazed glass. They call it the Cookies ‘n’ Cream…we call it heaven. Just don’t tell your dentist, eh. 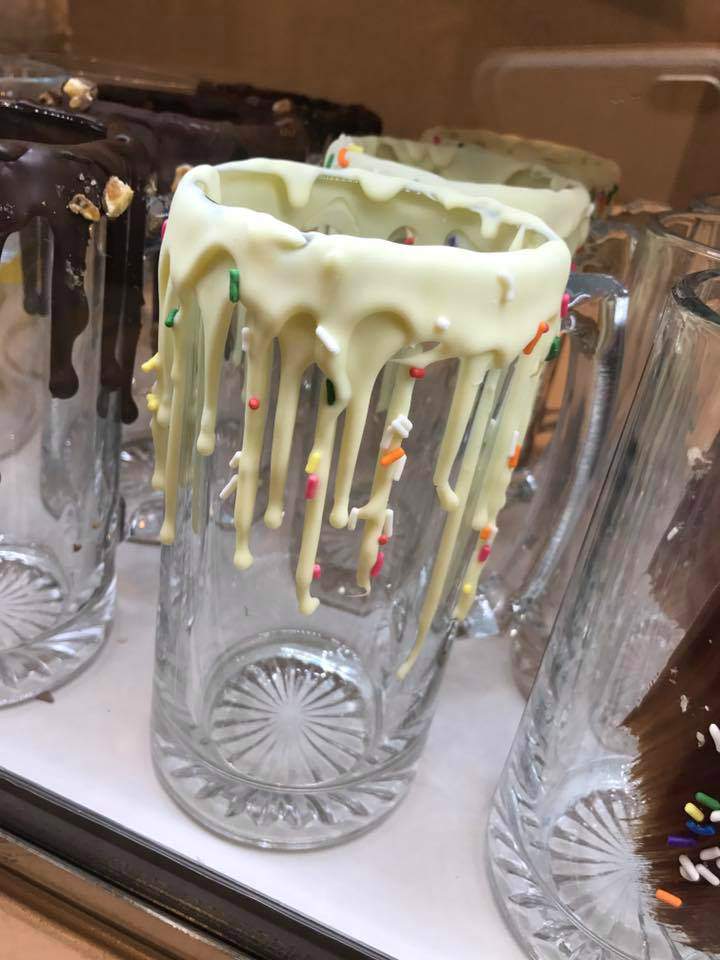 We’ve seen some things at sea; ice rinks, dodgems, zip lines, 4D cinema screens and more. But the largest race track at sea was something else. Strapped in and helmet on, it’s pedal to the metal as you career around the top two decks of the ship, sky and sea blurring into one shade of blue as your take the hairpin bend and cruise towards the finish line. We can only imagine how awesome it’ll be to hear ‘ready, set, go!’ against an Alaska backdrop. 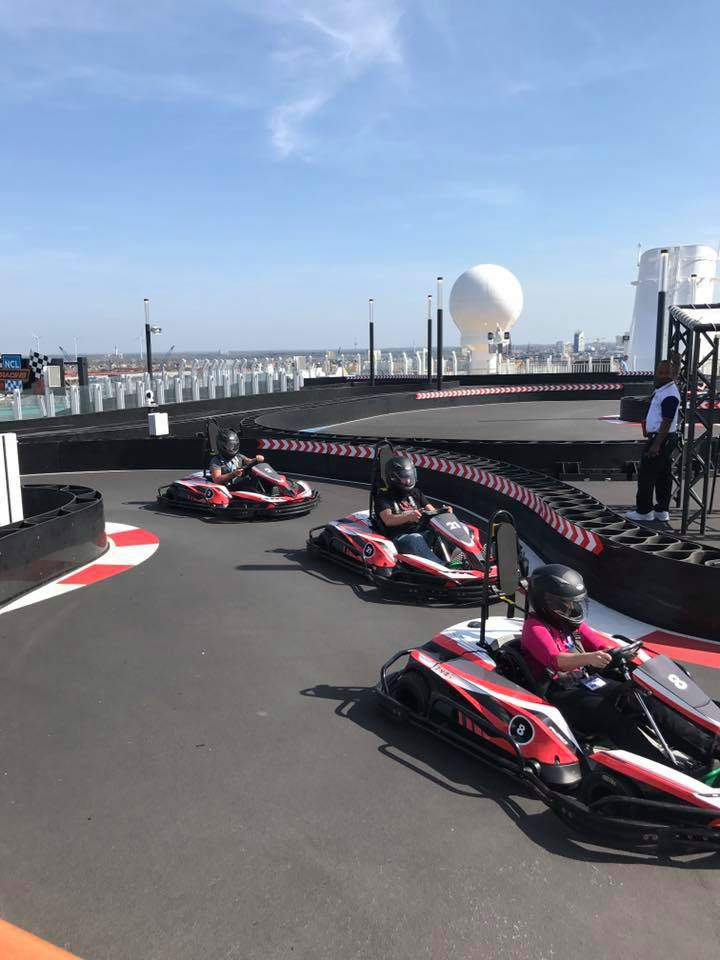 A buffet is a buffet is a buffet, right? Wrong! The Garden Café buffet on Norwegian Bliss is something else and we’re going to go out on a limb and say that it’s the best buffet we’ve ever seen at sea. We’re talking tiger prawns as big as your forearm and desserts that could have come straight from any of the speciality restaurants on board; lemon and blueberry tartlets with sweet meringue, anyone? There’s a burger station and a noodle bar, a sandwich and panini stop, plate upon plate of freshly-rolled sushi, pizzas that could have come straight from Naples…

It’s hard to explain how awesome the food is without you tasting it but – in short – if your appetite wants it, you’ll find it here. 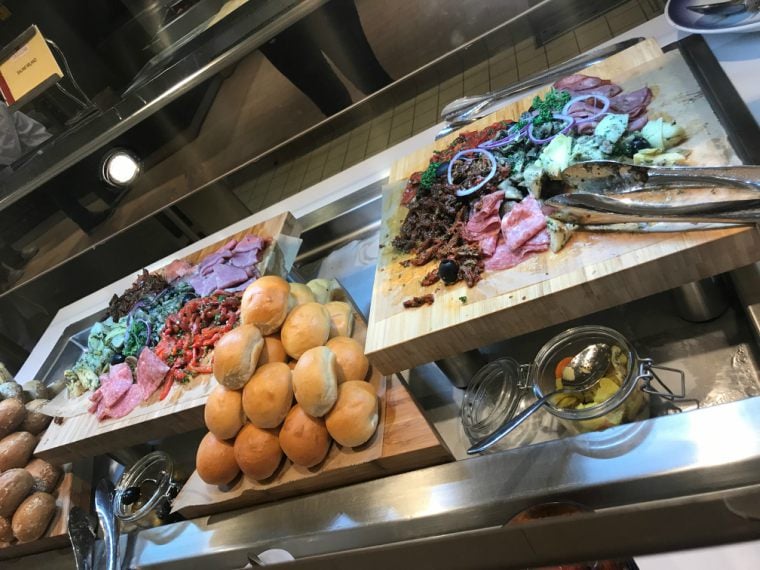 Norwegian Bliss has been purpose built for the destinations it will visit and there’s no better spot from which to whale watch in Alaska or take in those Caribbean sunsets than on the plush velvet chaise lounges in the huge Observation Lounge. The space is as sleek and sophisticated as you’ll find at any five-star hotel on land or any ship at sea; the perfect place to while away the hours with a large Pinot Grigio while the kids are tearing their way around the race track. 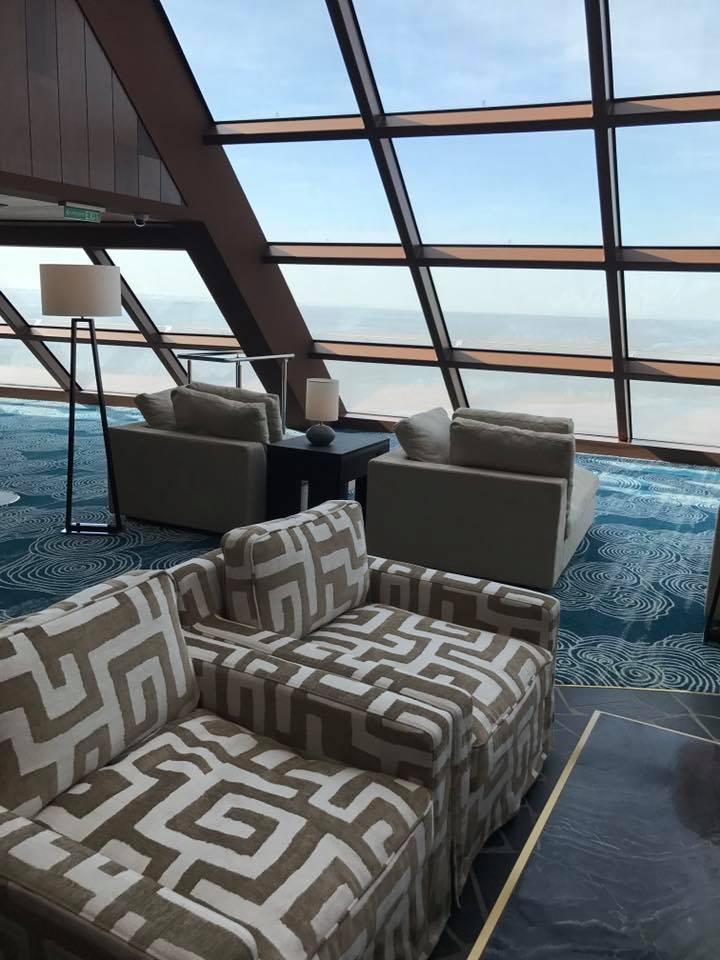 The Mandara Spa and Fitness Centre

It isn’t often a ship’s fitness centre leaves us wishing we had packed our gym kit but that aboard Norwegian Bliss most definitely did.

From UV-lit spinning akin to the achingly cool SoulCycle classes that all the celebs are obsessed with to a row of Everlast punch bags with a sea view – the ultimate stress reliever – the facilities had us wondering whether we could raid the lost property box for some PE pants, just like we did in Year 5.

Everyone knows that the only thing getting you through many a gym session is the promise of an hour in the spa afterwards and the Mandara Spa on Norwegian Bliss would see you power through a workout in record time just to get there. A refuge of relaxation that occupies a huge page at the aft of the ship, it features a snow grotto, sizeable pool, steam rooms filled with Himalayan salt clouds and even a barber shop for the boys. It isn’t expensive either, with special rates of $260 dollars for the week available when we were on board. 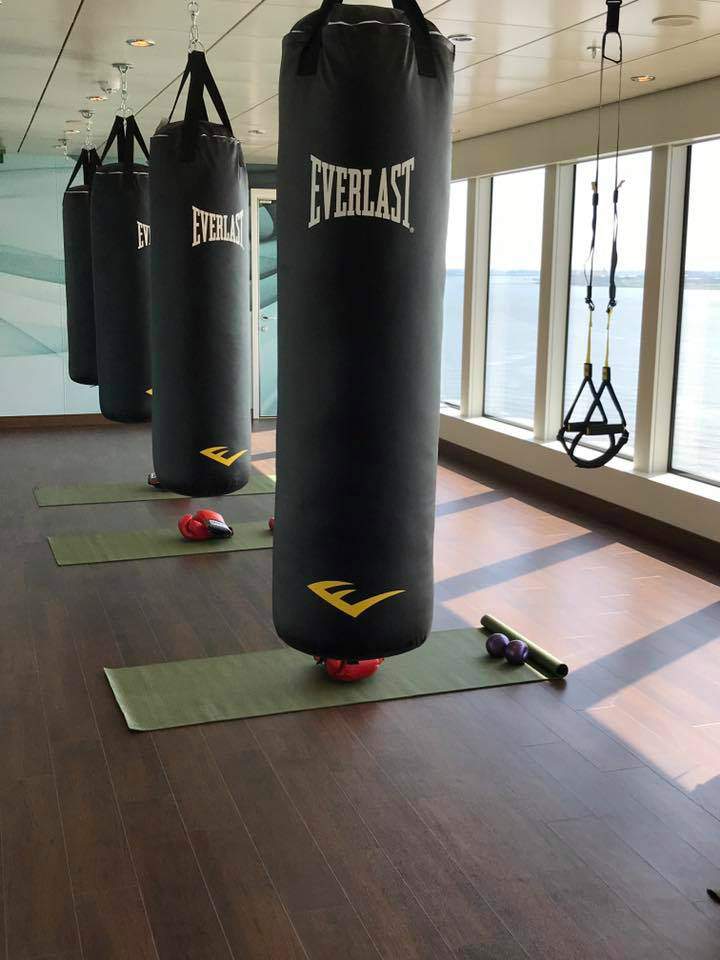 Norwegian Bliss is the most technological cruise ship Norwegian Cruise Line has ever built. We loved the addition of USB charging ports around the Observation Lounge and beside the beds in our staterooms, but it was the touchscreens around the ship that totally changed the way we booked our activities and dining on board. Book a table at Q or Cagney’s or any of the countless speciality restaurants on board, sign up for a singalong the silent disco, throw down the gauntlet on the race track or book your place for a Broadway-ready rendition of the Jersey Boys, then insert your cruise card and type in your stateroom number and voila!

Have you booked your place on Norwegian Bliss? The world’s newest cruise ship is on sale now, sailing itineraries in Alaska, the Caribbean and Mexico. Speak to our Cruise Sales Agents on 01246 819819 to find out more! 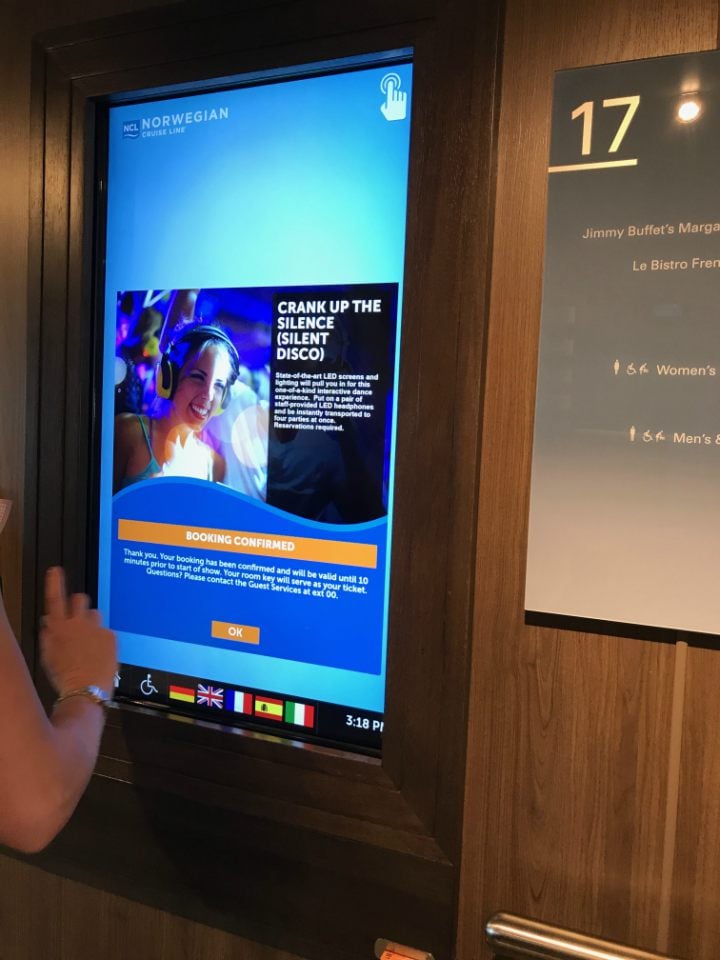 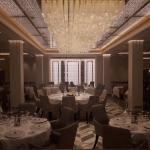 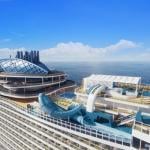 What to Look Out for on Norwegian Prima
Categories: Family cruises