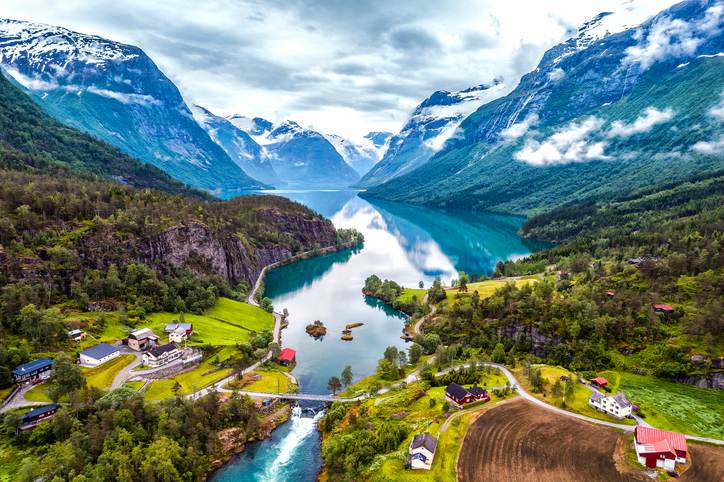 Hurtigruten’s Classic Round Voyage isn’t like any other cruise to the Norwegian Fjords. From tiny villages to adventurous archipelagos and coastal capital cities, you’ll see it all over the course of 2,500 nautical miles and 34 ports. That’s right, THIRTY-FOUR!

There are too many highlights on the voyage to mention in a blog post alone but here are just a handful of those that will inspire you to hitch a ride along the Norwegian coast with Hurtigruten.

For such a big international city, Bergen is a friendly old town. It is surrounded by seven mountains, one of which – Mount Fløyen – is scaled by the Fløibanen Funicular, probably the most famous railway in Europe and with views from the top that are some of the best in the world. Bergen is the gateway to the Norwegian fjords and just outside the city the mountain railway showcases some seriously beautiful sights that will whet your appetite for adventures along the coast. 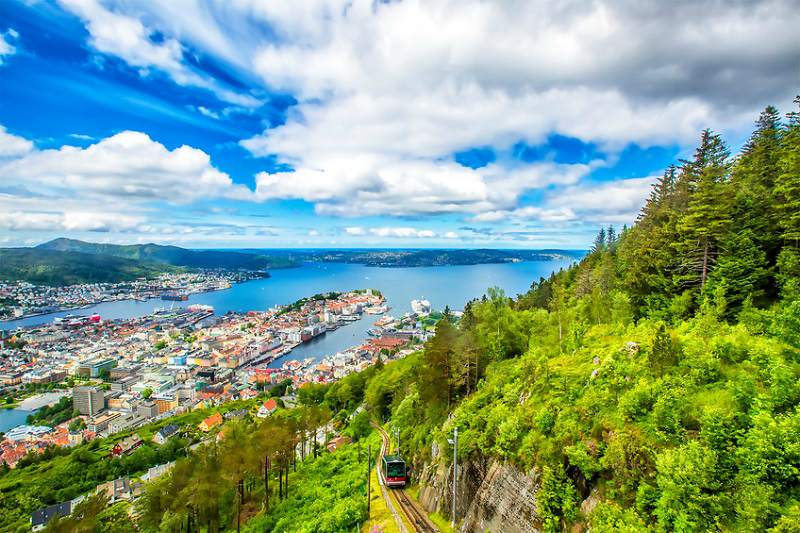 Florø and its surrounding archipelagos are a hive of activity in the great Norwegian outdoors. Islands rise from the sea, encouraging long coastal hikes and gentle strolls alike. There’s sea fishing and kayaking if you prefer to hit the water. The locals still make much of their living through fish farming, along with catching some of the best wild salmon, herring and mackerel in the deepest blue. 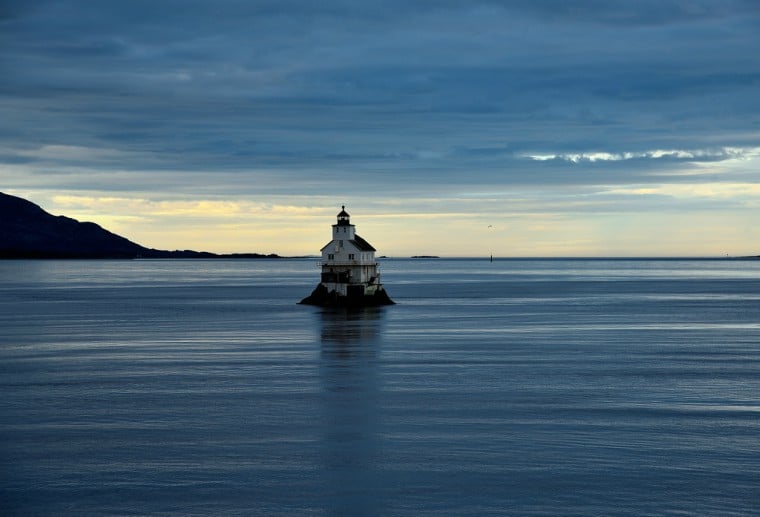 There’s something fishy about Måløy, the charming town with just over 3,000 people yet a yearly export of some 180,000-200,000 tonnes of fish brought ashore from the surrounding waters. Keep your eyes peeled for the mushroom-shaped Kannestenen rock and scout out the island’s silver sand beach, rumoured to be the best in Norway. Måløy is the starting point for trips to the Jostedalsbreen National Park, almost half of which is covered by the Jostedalsbreen glacier; the largest glacier in mainland Europe. Plus, the seafood here is amazing! 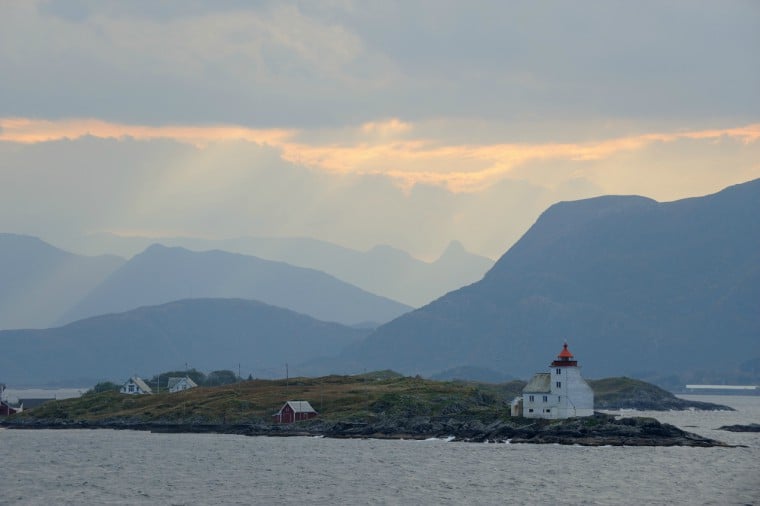 Torvik is the kind of tiny village you see on the Norwegian coast’s green hillsides and wonder who is fortunate enough to live there. The coastal community is a gateway to the glaciers and waterfalls of the surrounding archipelago, including the island of Runde, a birdwatcher’s paradise with 240 species nesting here each year. 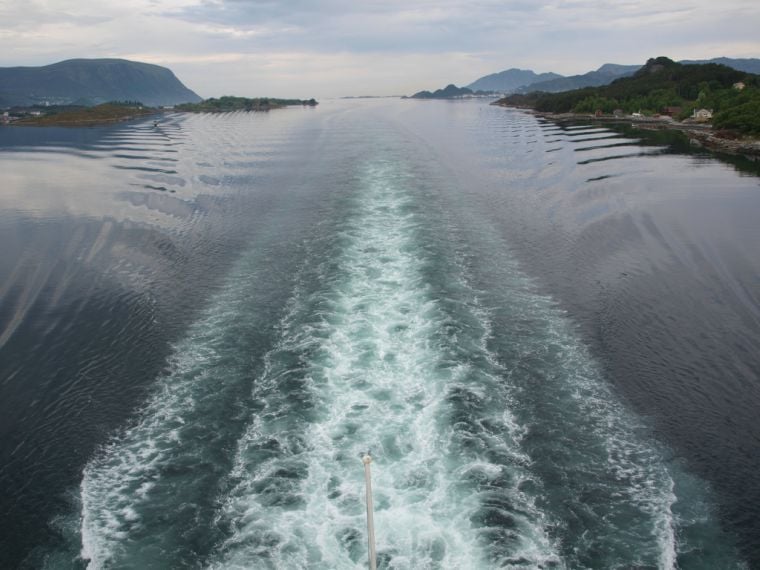 Ålesund’s Art Nouveau architecture makes for an impressive introduction to the Geirangerfjord, a highlight of any Norwegian Fjords cruise. The town itself looks like a fairy tale, all turrets and towers, with the majestic Aksla Mountain commanding spectacular views over the town from atop its 418 steps. The walk to the top more than justifies the patisserie in town once you’re back at the bottom. The mountains around Ålesund attract alpine skiers and only a little further is Geirangerfjord, the real star of the show. Taking a RIB boat or kayak so close to the fjord’s Seven Sisters waterfall that you can feel the spray on your face is an experience you’ll never forget. 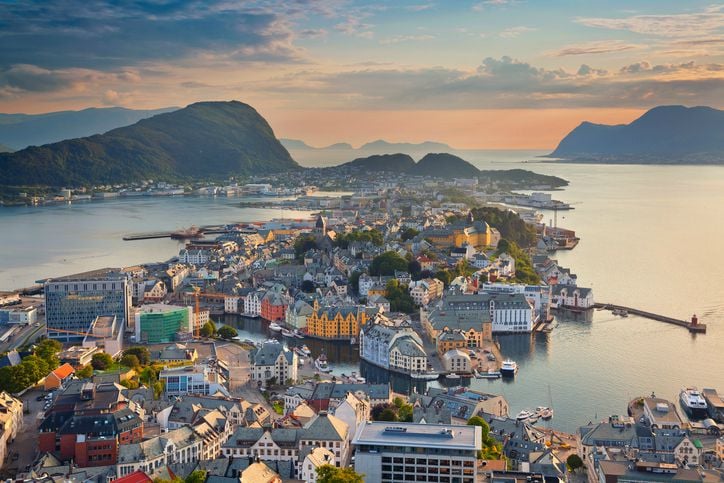 The beauty of Hurtigruten’s Classic Voyages is the unique way they combine Norway’s exuberant cities with charming fjord-side villages. Trondheim blends a typical wooden European city dating back in areas to the 1700s, with a great artisanal shopping scene and the Nidarosdomen cathedral, Norway’s national sanctuary and the world’s northernmost cathedral. Trondheim is also well-known for its foodie scene, so now is the time to give some of those Norwegian delicacies a go. Start with kjøttboller meatballs with creamy gravy and lingonberry jam, washed down with a tot of akevitt, Norway’s national tipple. 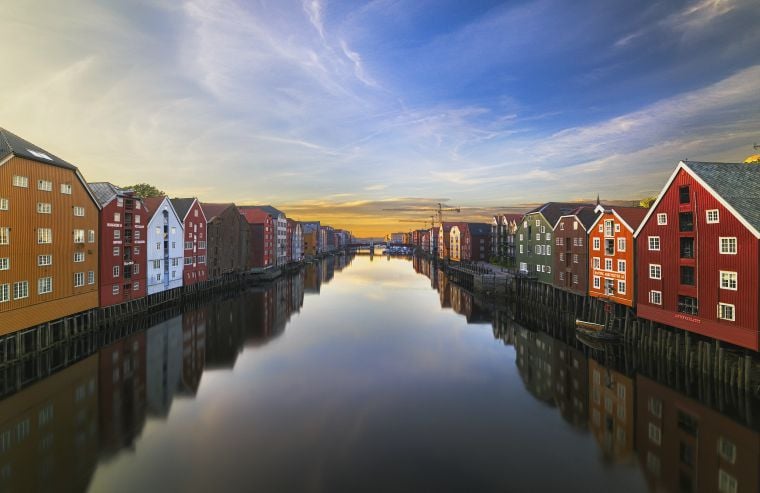 Don’t forget to look up in Bodø; sea eagles, the midnight sun and the northern lights are all overhead. A position between the Arctic Circle and the Lofoten Islands makes Bodø unique. The strongest tidal current in the world, Saltstraumen, is just southeast of the city and its wild waters reach speeds up to 22 knots. It is a fascinating sight, so much so that author Jules Verne wrote about it in his novel 20,000 Leagues Under the Sea. 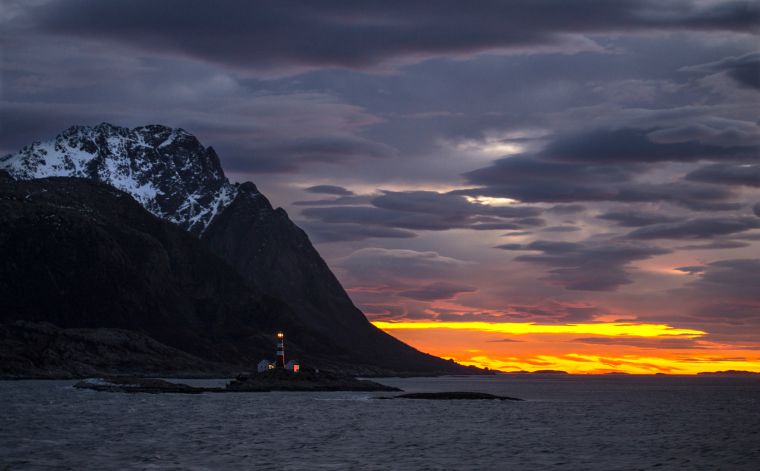 Without Stokmarknes, there would be no Hurtigruten. Founder Richard With started the shipping line here 125 years ago and you’ll find a museum charting the Hurtigruten history in the town, along with MS Finnmarken, an old ship turned impressive landmark. 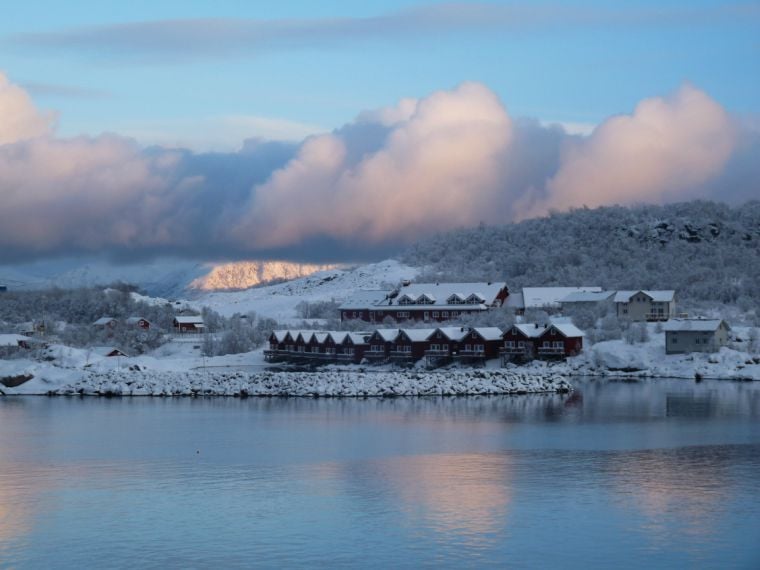 Honningsvåg welcomes you to the North Cape. Here, only the Svalbard islands stand between you and the North Pole. It is Europe’s northernmost point but, standing on the cliff edge gazing out across nothing but sea, it feels more like the end of the world. Arrive here during northern lights season and you’ll find yourself in one of the best spots in the world to watch them paint the skies. In summer, it glows under the ethereal midnight sun and offers the chance to encounter the indigenous Sami people.# 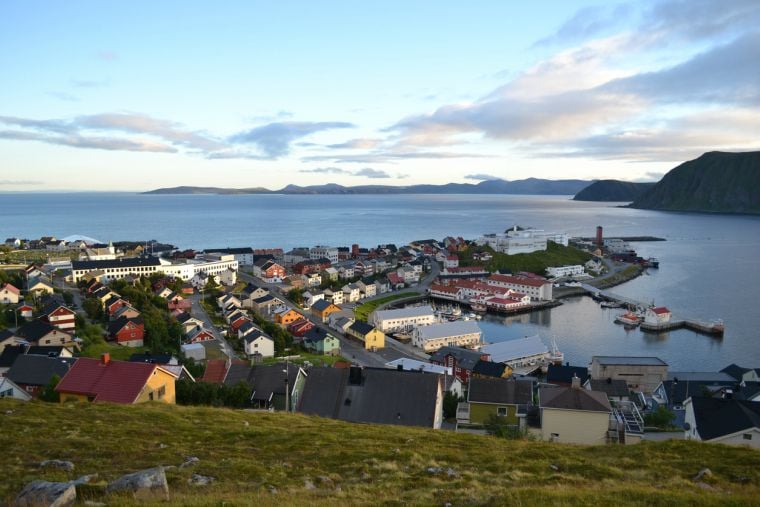 Vardø is the last stop before the North Pole and the only town in Norway located within the Arctic climate zone. It is Norway’s oldest town too, with views toward the Northwest Passage, a crossing made by some of history’s great explorers.

Have we whet your appetite for the Norwegian coast? Nobody does it better than Hurtigruten and you can book one of the most popular Hurtigruten itineraries before anyone else with Bolsover Cruise Club. This Classic Round Voyage with regional departures from Birmingham is available to book EXCLUSIVELY with Bolsover Cruise Club for a limited time only, before going on general sale on 9 April 2018. Chase the Northern Lights aboard MS Nordlys; the 540-passenger ship is scheduled for a complete refurbishment in late 2018 and you’ll be one of the first to enjoy its new Scandinavian-chic interiors. Find out more here. 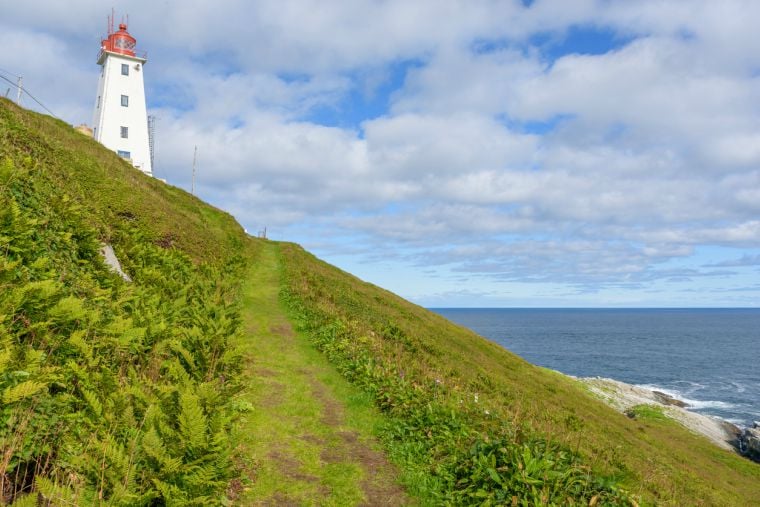