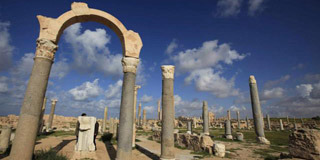 A Mediterranean cruise offers a region rich in history, forever marked by the great civilisations of antiquity: Greece and Rome. Visitors to the region will find an array of classical attractions, so we’ve put together a list of the best antiquated sights in the Med – whether you’re an Ancient Roman fan or Ancient Greek geek.

At the very height of its powers from 27 BC until 476 AD, the Roman Empire still ranks as one of the most influential civilisations in human history. Here are just five of the spectacular sights it has gifted to the Med that you can experience during a Mediterranean cruise. 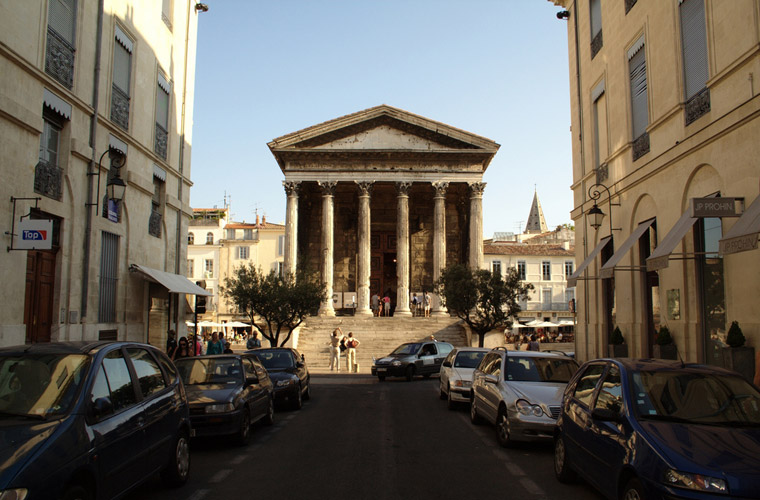 One of the best-preserved Roman temples anywhere, Maison Carrée was constructed in 16 BC by Marcus Vipsanius Agrippa – the original patron of the Pantheon in Rome – and dedicated to his two sons. A fine example of Vitruvian architecture, the temple is renowned for its rectangular structure and striking façade, comprising six Corinthian columns and an ornate frieze covered in carvings of rosettes and acanthus leaves. 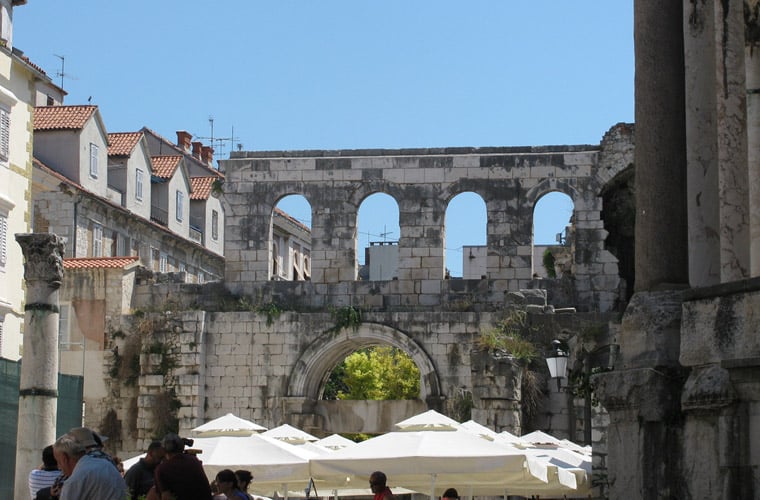 This ancient site, built by Emperor Diocletian for his retirement in 305 AD, lies on Croatia’s Adriatic coast, and boats the world’s most complete remains of a Roman palace. Yet the original architecture has also been embellished with Gothic and Baroque touches. That’s because, since local residents hid here to escape the invading Slavs in the 7th century, it has functioned as a city within a city, in which people live, work and play. 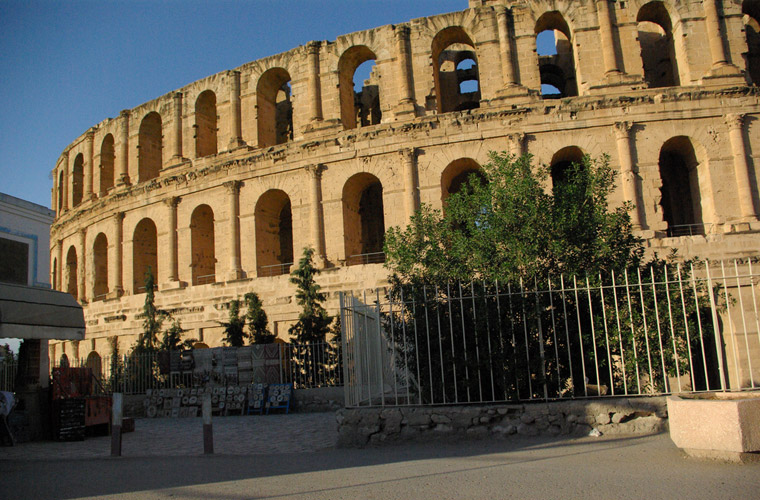 Founded in the 2nd century, the Roman city of Thysdrus – modern day El Djem – was an important centre of olive oil manufacture, and so a thriving metropolis. The city’s amphitheatre, the largest in North Africa, was built around 238 AD and could seat 35,000 spectators for its gladiatorial shows and chariot races. Today, much of the original structure remains, so this UNESCO World Heritage Site is one of Tunisia’s most visited. 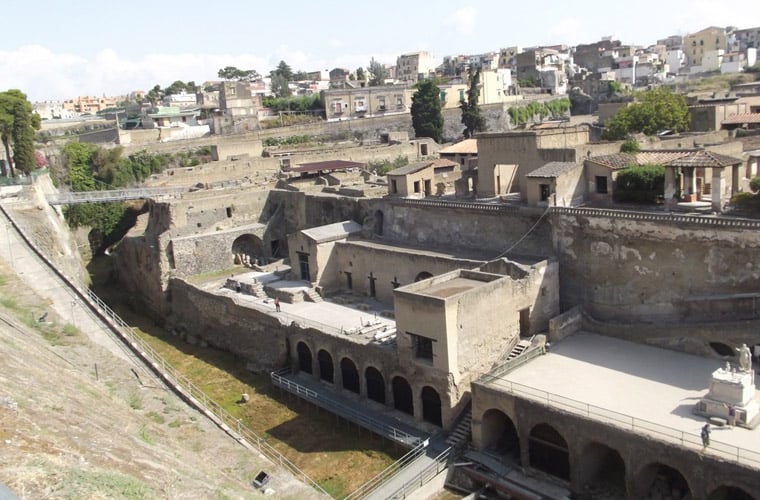 When most people are asked to name an ancient city lost in the eruption of Mount Vesuvius in 79 AD, they will say Pompeii. Yet the town of Herculaneum, merely 10 miles up the coast from Pompeii, is considerably better preserved than its famous neighbour. What’s more, it was a wealthier place, so has a larger density of fine houses with coloured marble cladding. If you only have time to see one town, head to Herculaneum. 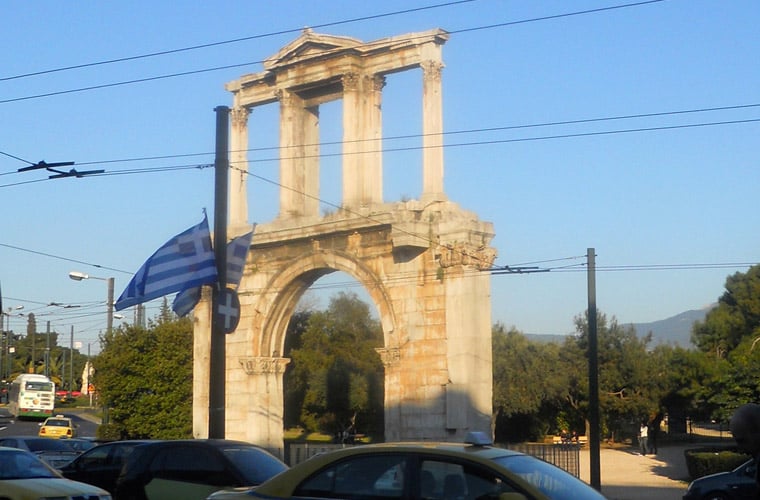 Arch of Hadrian in Athens, Greece

Also known as Hadrian’s Gate, and located just 300 metres from the Acropolis in Athens, this is a significant slice of Ancient Roman history within the heart of Ancient Greece. This truimphant archway was built to celebrate the arrival of the Roman Emperor Hadrian in around 130 AD, and is built from solid Pentelic marble. Some experts believe it is the border between the ‘ancient city’ founded by Theseus and the ‘new city’ of Hadrian.

The Hellenistic period, when Ancient Greek culture expanded into the Eastern Med, only spanned from 323 to 146 BC. Yet, as these attractions reveal, this relatively-short period of empire created a significant legacy. 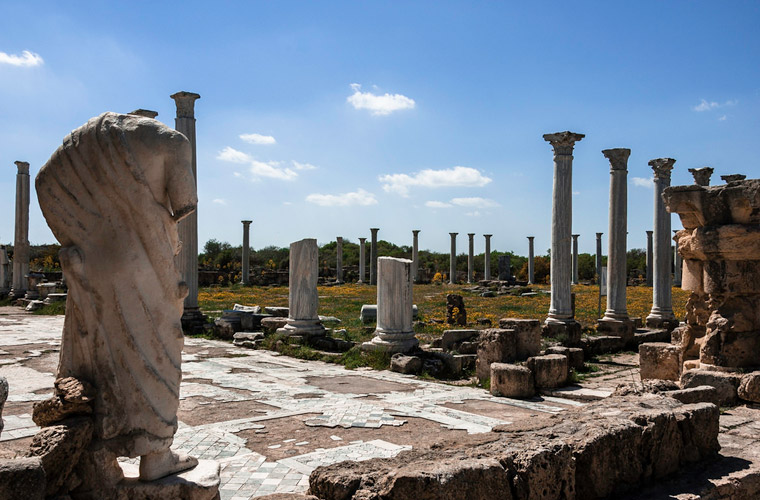 The City-State of Salamis, Cyprus

A Greek city-state on east coast of the island, Salamis is said to have been founded by Teucer, who couldn’t return home after the Trojan War as he had failed to avenge his half-brother Ajax. Under the rule of Greece, Salamis became the capital of Cyprus, and Greek culture and art flourished in the city. While the Romans later took the city, and destroyed much of the old architecture, Greece’s influence is still there to see today. 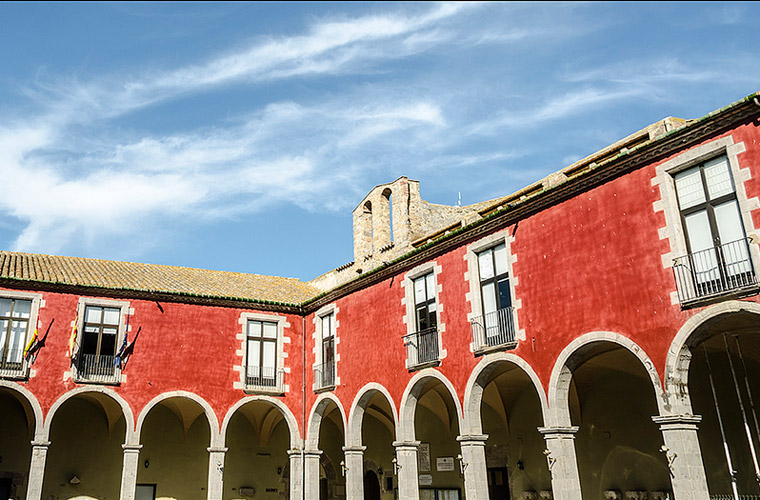 Founded in 575 BC by a group of Greek colonists from Phocaea, and originally named Emporion (meaning ‘Trading Place’), it soon grew to incorporate both an old town and a new town. Features included city walls and fortifications, houses, multiple temples, public squares – even a necropolis. Excavations during the last century have found Greek pottery, mosaics and coins, as well as artefacts from later civilisations living here. 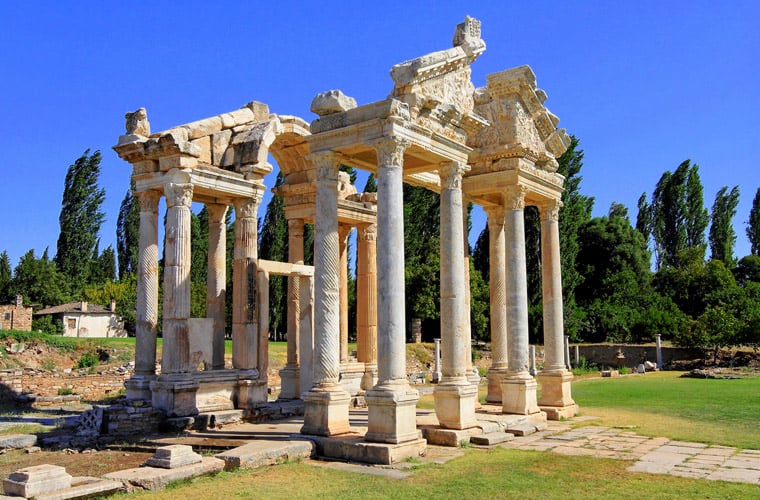 Named after Aphrodite, the Greek goddess of love, this ancient city was built near a marble quarry, which was exploited to construct some remarkable buildings. Despite the long passage of time since, and the fact they were all built on an earthquake zone, many of Aphrodisias’ structures remain standing today, including the old ruins of the Temple of Aphrodite, the well-preserved gateway, and the impressive athletics stadium. 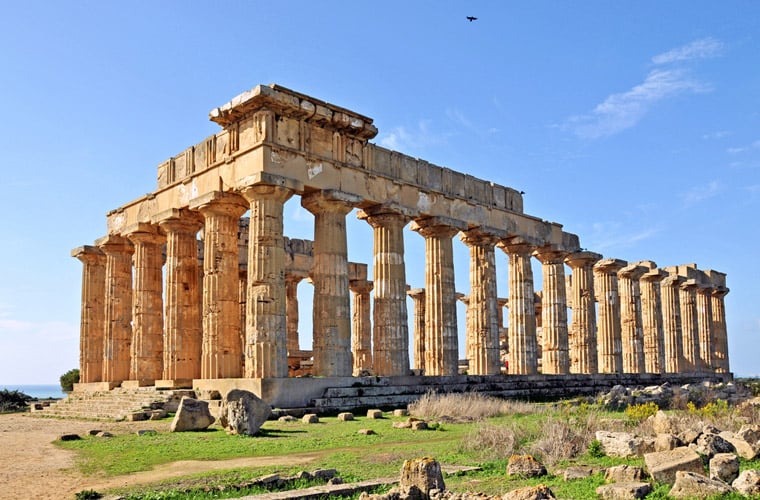 Temple of Hela in Sicily, Italy

The Ancient Greek city of Selinunte, founded around 650 BC, once comprised five temples centred around an acropolis. While many of their ruins remain to this day, as well as several fragments of art, ancient coins and other archaeological finds, there is only one temple still standing tall: Temple Hela. This beautiful, 10-metre-high structure of 21 stone columns stands on the site’s East Hill, and can be seen from far out at sea. 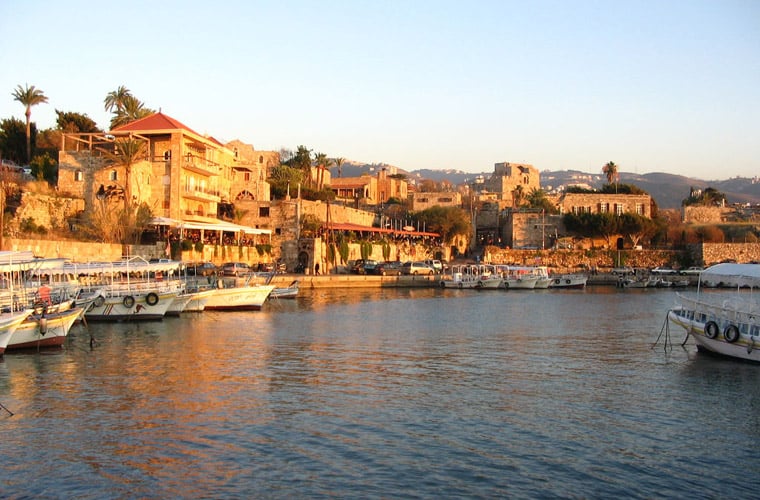 The UNESCO City of Byblos, Lebanon

Believed to be the oldest continuously inhabited city in the world, Byblos first came under Hellenistic rule in 332 BC, with the arrival of Alexander the Great. According to legend, it was the first city in Phoenicia. It was certainly a centre for the cult of Adonis, goddess of beauty and desire, with temples elaborately rebuilt and dedicated to her. Today, crumbs of Ancient Greece can be found amid the 10,000 years of other influences.