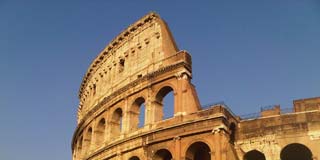 The Mediterranean was the birthplace of several of the world’s most influential civilisations. The Egyptians, the Greeks, the Romans and the Moors are among the many societies that have left a lasting imprint on the Med, and the whole region is peppered with reminders of the past. Here are five Mediterranean cruises that showcase its rich history. 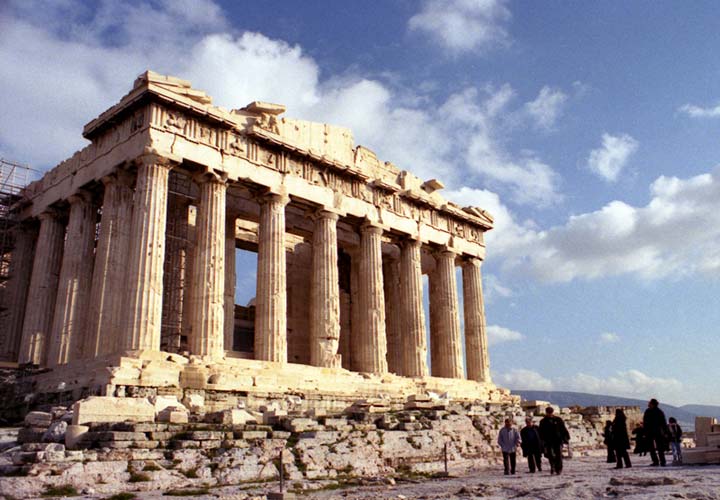 This cruise starts in Europe’s oldest city, Athens. A veritable paradise for history buffs, the city counts the Acropolis, Agora and the Parthenon among its many Ancient Greek attractions. Next up is Nafplion, which is within reach of the ancient Mycenaean ruins of Tiryns, and is also home to a trio of castles — the oldest and most impressive of them being the Acronafplía, which dates back to the Bronze Age.

From there, the ship cruises down south to visit two picturesque Greek islands: Rhodes and Mykonos. Rhodes is home to three ancient cities (Kamiros, Ialyssos and Lindos), while Mykonos offers up an Archaeological Museum that is packed with rare prehistoric and Hellenistic artifacts. 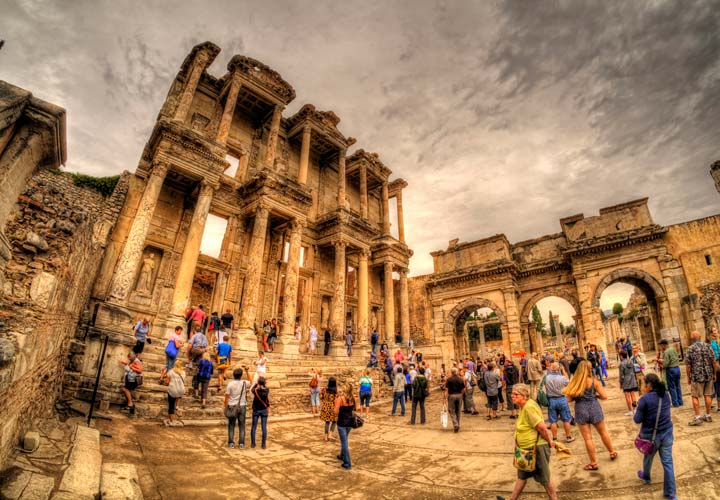 Then it’s off to ancient city of Ephesus in Turkey, a former Greek colony that later acted as the Roman capital of Asia Minor. Ephesus holds one of the Seven Wonders of the Ancient World, although, unfortunately, very little of the Temple of Artemis remains. Instead, visitors can explore its more complete ruins (the Temple of Hadrian, the Library of Celsus and the magnificent Great Theatre), which act as a reminder of just how powerful this ancient city once was.

After a pit stop in Volos, Greece, the cruise pulls into port at Istanbul, which has just about as much history as one would expect from the former capital of both the Byzantine and Ottoman empires.

2. THE MED THROUGH THE AGES

If you want a healthy mix of prehistoric, ancient, medieval, Renaissance and modern Mediterranean history, this cruise ticks all the boxes.

It begins and ends in Genoa, the former Roman port city that went on to become the centre of a major maritime republic during the Middle Ages. Next on this route is Naples, an Italian city with a tangled web of history. Having passed under the control of the Greeks, Romans, Normans and Aragonese, Naples boasts many historical layers. 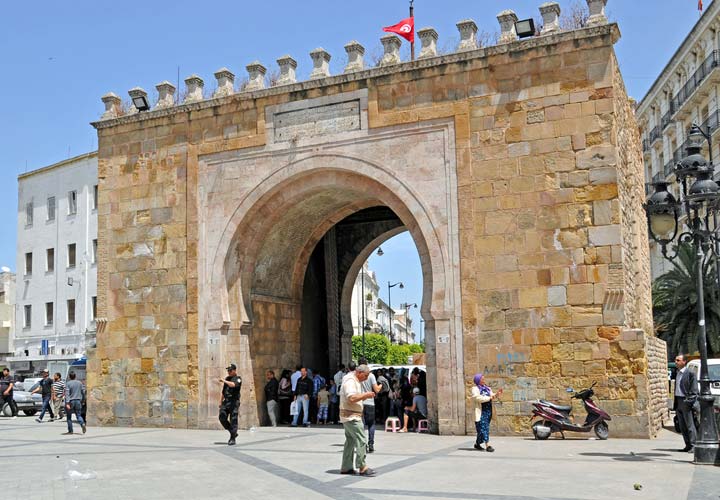 This cruise then departs for Tunis, where there’s a Muslim Medina and a colonial French ville nouvelle (new town). Barcelona (with its well-preserved Gothic Quarter and numerous Spanish Civil War sites) is next, before it drops anchor in Marseille, France, within easy reach of the 27,000-year-old Cosquer cave paintings.

This cruise from Savona, Italy is an odyssey through the ancient world. Its first destination is Olympia, the ancient birthplace of the Olympic Games. 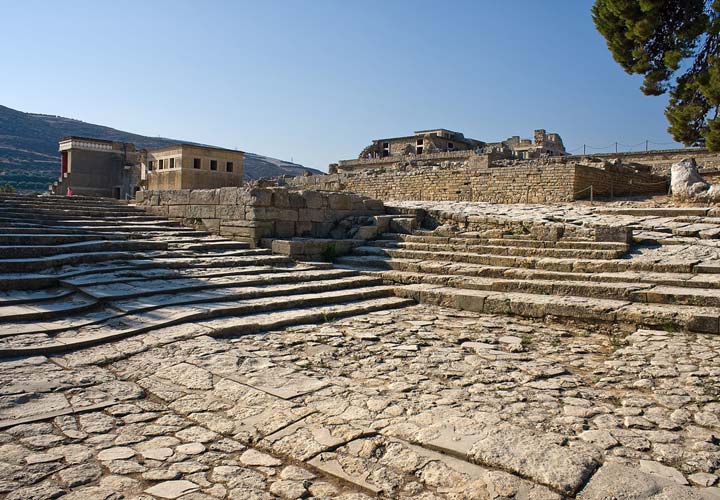 After that, it’s off to Heraklion, Crete, the heartland of the progressive Minoan civilisation, and home to the Palace of Knossos. The cruise then journeys south to Ashdod, Israel, a city with roots dating back as far as the 17th century BC. From Ashdod, it’s just a short journey inland to Jerusalem to see the Holy City’s sacred landmarks such as the Temple Mount, the Wailing Wall and Damascus Gates.

And it doesn’t stop there. When it comes to ancient sites, this cruise keeps on giving. 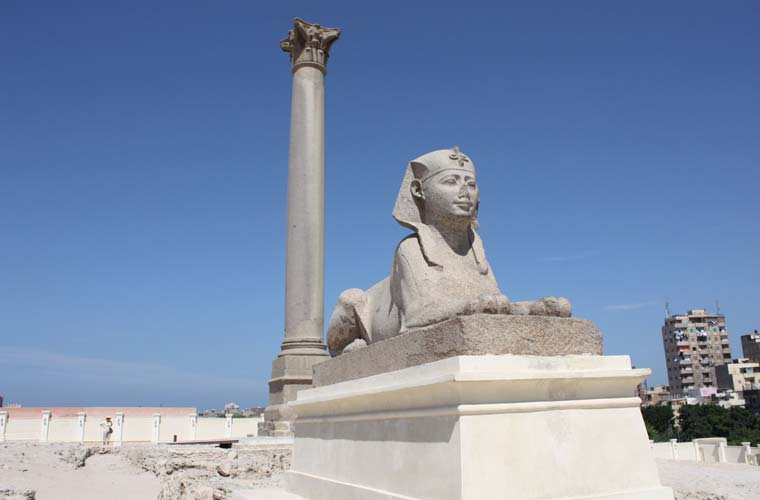 It swings west to Egypt, stopping first at Port Said before pulling up at Alexandria, the old stomping ground of Alexander the Great. This city used to house the Lighthouse of Alexandria, one of the Seven Wonders of the Ancient World. The lighthouse is gone, but there is still plenty to see, including the Roman catacombs of Kom ash-Shuqqafa and Pompey’s Pillar.

The penultimate destination is Civitavecchia near Rome. The former capital of the mighty Roman Empire is home to some of the most dramatic ancient ruins in the Med, such as the Roman Forum, Palatine Hill and the Colosseum.

For those with a penchant for medieval history, this cruise is the pick of the bunch. It kicks off with three destinations that were all at one time under the rule of the mighty Republic of Venice, a major medieval maritime power. First up is Venice (the former capital of the Venetian city-state), and then on to the two other Venetian-ruled territories: the fortified city of Kotor in Montenegro and Kerkyra (Corfu, Greece) — both boasting designated UNESCO World Heritage Sites. 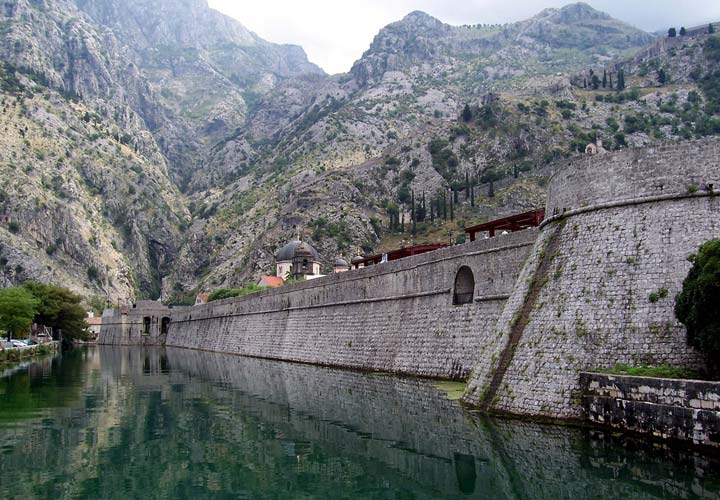 The cruise then journeys to Rome (home to an array of exquisite medieval churches), before stopping at Monte Carlo, Monaco. Monte Carlo used to be part of the Republic of Genoa, Venice’s greatest rival during medieval times. Visitors can get a glimpse into the royal dwelling of Palais du Prince, which is built on the site of a 13th-century Genoese fortress. The final port of call is Genoa itself, the centre of the once powerful Genoese Republic.

Departing from Southampton, this cruise starts with a treat for military history devotees, at the Galician city of Vigo. Vigo is famous as the site of the Battle of Rande, a major naval conflict between the Anglo-Dutch and French-Spanish fleets in 1702. 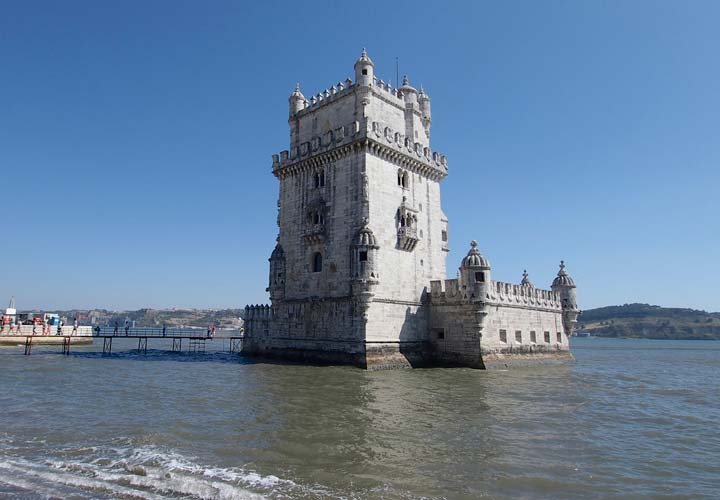 Then, there are two stops in Portugal – Lisbon and Oporto – where cruisers will be able to explore a range of historic sites, from Lisbon’s Moorish-influenced Belém Tower to the UNESCO-listed Historic Centre of Oporto.

On the way back to Southampton, it offers one last historical hurrah, docking in Guernsey. This island is littered with castles, historical houses and ancient tombs including the Neolithic tomb of Le Déhus, as well as several fascinating museums focusing on the German occupation of the island during World War II.