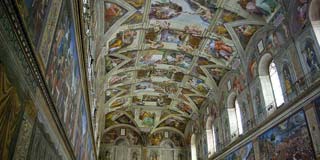 From classical Greek masterpieces to contemporary Spanish surrealism, the Mediterranean is one of the most artistically-rich regions on earth. Here are three great Mediterranean cruises that will feed the soul of any art lover.

This Med cruise takes in some of the masterpieces of Ancient Greece and fine Byzantine artworks in Turkey.

Whatever you want from Ancient Greek art, this cruise has it covered. The first Greek stop is Olympia, home to the Temple of Hela and its series of renowned Ancient Greek sculptures – including the infant Dionysos-carrying Hermes of Praxiteles, the winged Nike of Paionios and 42 sculptures from the Temple of Zeus. Next is the Aegean island of Santorini, whose Museum of Prehistoric Art in Fira houses a number of ancient works. And finally, there’s Athens, with hundreds of ancient artworks in situ (at ancient sites like The Acropolis), and hundreds more in world-class museums (such as the National Archaeological Museum, with highlights like the sculpture the Marathon Boy, the marble Kroisos Kouros and the Artemision Bronze). 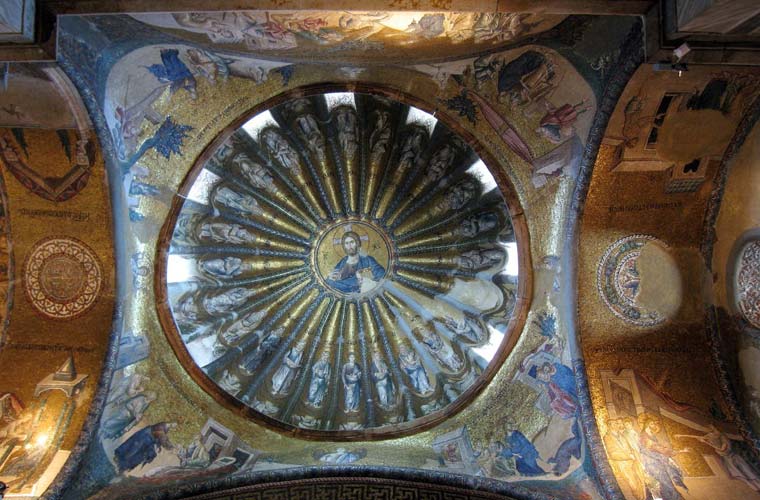 From here, it’s across the Aegean Sea to Turkey for more classical art highlights. The first stops, Izmir and the surrounding area, offer a wealth of artistic attractions, from the art located in renowned historic sites like Ephesus to the fine ancient art collection located within the ?zmir Museum of History and Art. But once again, like Athens in Greece, it takes a trip to the capital to find the finest of the country’s ancient treasures.

Istanbul (formerly Constantinople) has more Byzantine art than anywhere else in the Mediterranean. Head to Chora Church for some of the greatest frescoes ever painted in the Eastern Roman Empire, or visit the Hagia Sofia for unparalleled Byzantine mosaics. Sadly, the best Byzantine sculptures (such as the Borradaile Triptych and the Archangel Ivory) will have to wait until you return home, as they’re in the British Museum.

When it comes to art masterpieces, no country in the world has a richer heritage than La Bella Italia. As the birthplace of artistic behemoths like Da Vinci, Michelangelo, Titian, Botticelli and Caravaggio, it is the ideal destination for any art-loving cruiser. So here’s a cruise that stops in almost all of the country’s art hotspots. 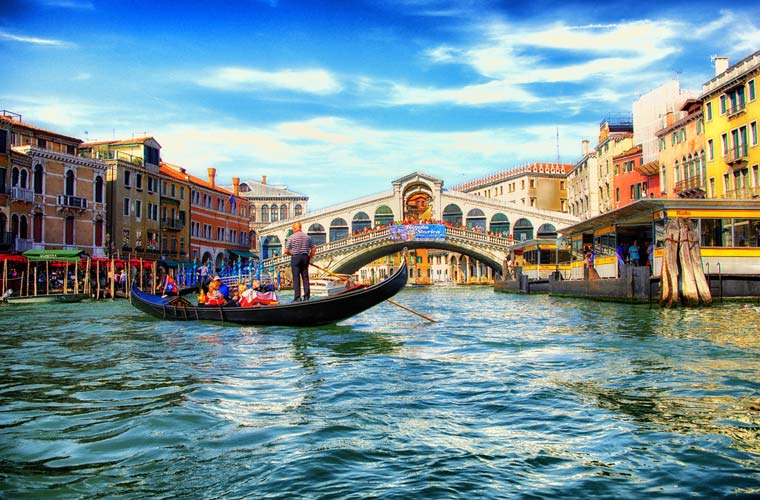 This Royal Caribbean cruise begins in Venice, not just one of Italy’s most beautiful and romantic cities but also an artistic centre. The period between the late Middle Ages and the mid-18th century saw a string of Venetian grand masters including Titian, Tintoretto, Canaletto and Tiepolo, and many of their works can be viewed in city churches and museums today. There’s also contemporary art at the Peggy Gugenheim Collection and the Punta della Dogana, while the Venice Biennale and Film Festival are two of the best art fests anywhere. 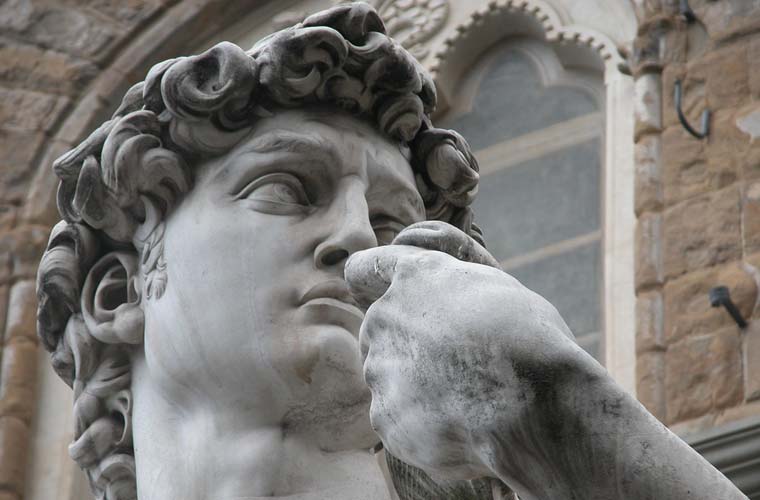 From Venice, the cruise visits Naples, most famous for its museum artworks unearthed from Pompeii and Herculaneum, before continuing to the artistic capital of the world. Not only does Rome boast Renaissance masterpieces throughout its churches and museums (like the incredible Basilica of Our Lady in Trastevere and the mind-boggling Sant’Ignazio), it also has one of the best collections of 21st century art anywhere in the world, at MAXXI. There’s also the little matter of The Vatican and Michelangelo’s Sistine Chapel ceiling.

To top it all off, the cruise then visits Livorno, which is within easy reach of both Pisa and Florence. The latter, in particular, is an artist’s dream – the birthplace of Giotto (often called the father of Italian painting) and Donatello. Yet perhaps the city’s finest work is Botticelli’s Venus – hanging  in the famous Uffizi Gallery.

Surrealist art may be most associated with Paris, but some of the most important and influential surrealists were Spanish. That makes this Iberian Peninsula cruise a fine way to connect with this distinctly 20th century art form. The first stop on the cruise is Málaga, the birthplace of the modern master Pablo Picasso. The city boasts a number of Picasso-themed attractions, including the Museo Casa Natal (Birthplace Museum) and the Museo Picasso Málaga, which features some of the artist’s most unique surrealist and Cubist artworks. 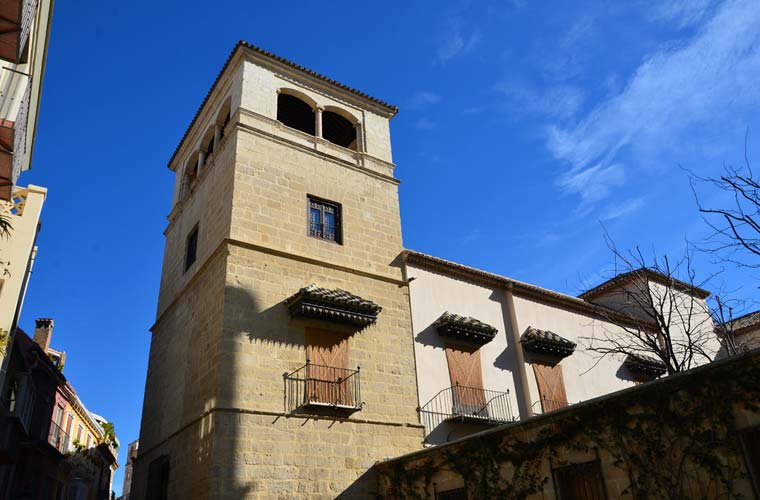 The next Spanish cruise port is Cádiz, which has a thriving contemporary surrealism movement (with fêted modern surrealists including Raúl Rosillo), followed by the country’s third-largest city, Valencia. This city has a rich artistic heritage – it’s the birthplace of Enrique Simonet and home to many works by Goya, Velázquez and El Greco – and its finest contemporary art can be found in the Valencia Institute of Modern Art (IVAM). 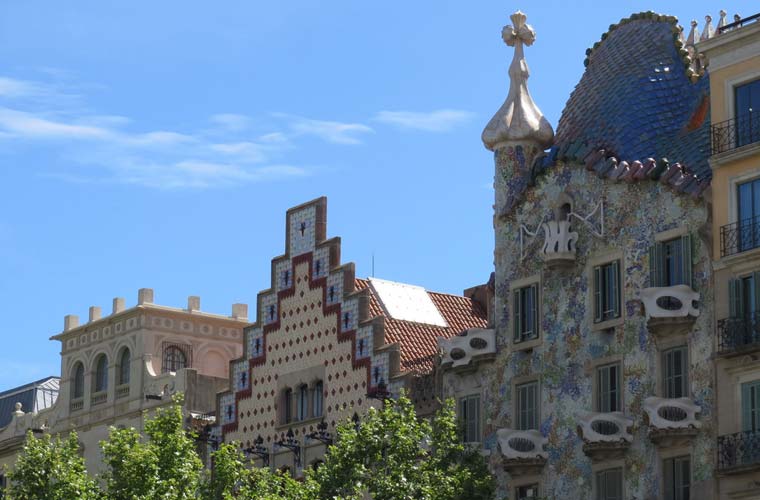 But the last Spanish stop on the cruise hits the surrealist jackpot. Barcelona is the capital of Catalonia, which has produced two of the greatest surrealists in history. The first is Salvador Dalí, whose painting The Persistence of Memory is arguably the most famous surrealist work in the world – cruisers should head just north of Barcelona to visit The Dalí Theatre-Museum in Figueres, the artist’s birthplace. And the second is Joan Miró, a son of Barcelona whose works can be found throughout the city – from the artist’s mosaic on La Rambla to his collection of works in Fundació Joan Miró on Montjuïc. And as if that wasn’t enough, the city is also home to the extensive Museu Picasso, home to a world-leading 4,249 of the artist’s great works. 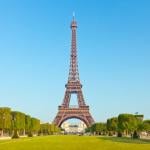 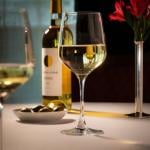 How Does the Cunard Drinks Package Work, and How Can I Buy It?
Tags: Cruise the Mediterranean from the UK, Categories: Cruise destinations,Entertainment & activities