Home Blog Food and dining on cruises What’s The Big Deal with the Baked Alaska?

What’s The Big Deal with the Baked Alaska? 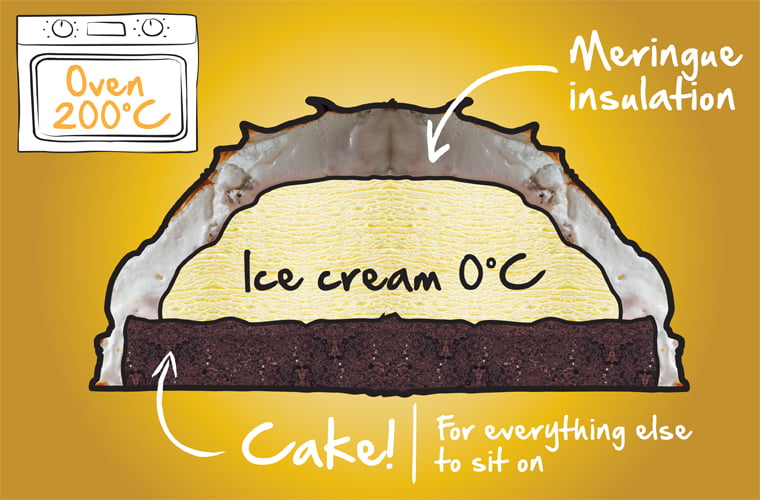 It’s one of those age old cruising traditions that nobody understands but everybody embraces: the Baked Alaska Parade. Lights go down, music turns up and waiters dance around the room with flaming deserts in one hand and twirling napkins in the other. Some love it, others hate it, but exactly what is the big deal with the Baked Alaska? 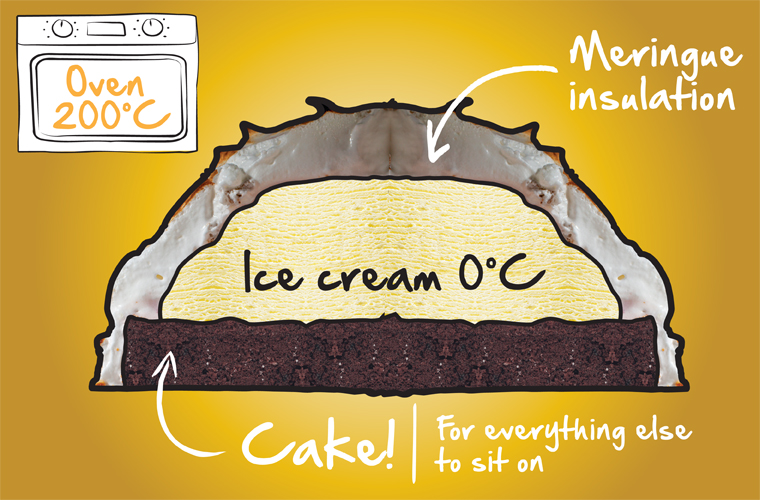 Though long considered a retro 70’s classic, the history of the Baked Alaska actually spans far longer. While the origins of the dessert are sketchy, the name Baked Alaska can be traced back to New York restaurant Delmonico’s. In 1876, Delmonico’s French chef Charles Ranhofer created the dish and named it the Baked Alaska, in celebration of the USA gaining Alaska from Russia.

Earlier mentions of cruising’s favourite dish can be found as far back as 1905, when writer John Maxton-Graham mentioned the Baked Alaska parade in his novel ‘The Only Way To Cross’. Documenting his experience of the maiden voyage of the Hamburg-America liner Amerika, John described “the lights were dimmed and from the kitchen came squads of waiters bearing overhead a sizzling combination of fire and ice”. 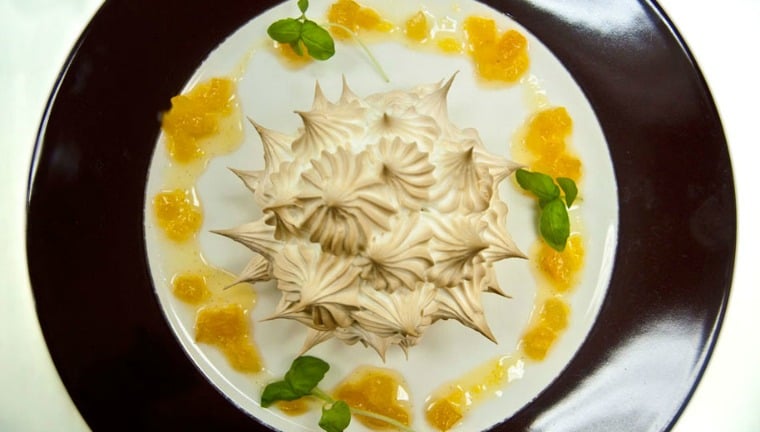 Anyone who ever saw THAT episode of The Great British Bake Off will understand that making the perfect Baked Alaska is serious business. Take another man’s dessert out of the freezer for just a few seconds and you can expect pandemonium, walk outs and screams of sabotage.

Crunchy, warm meringue and frozen creamy ice cream is a combination that signifies the Holy Grail of Baked Alaskas. So here’s how it works; make your sponge base and set your ice cream in the freezer. WARNING! If your ice cream isn’t completely set, you’re heading for an Alaska disaster.

Next, the meringue is smoothed around the entire cake. The science behind the Baked Alaska takes advantage of the insulating properties of the trapped air in the cellular structure of the meringue; any gaps in your meringue covering and heat will reach (and indeed melt) your ice cream.

After a few minutes in a red hot oven, your Baked Alaska is ready to be served by a fleet of well-rehearsed waiters. 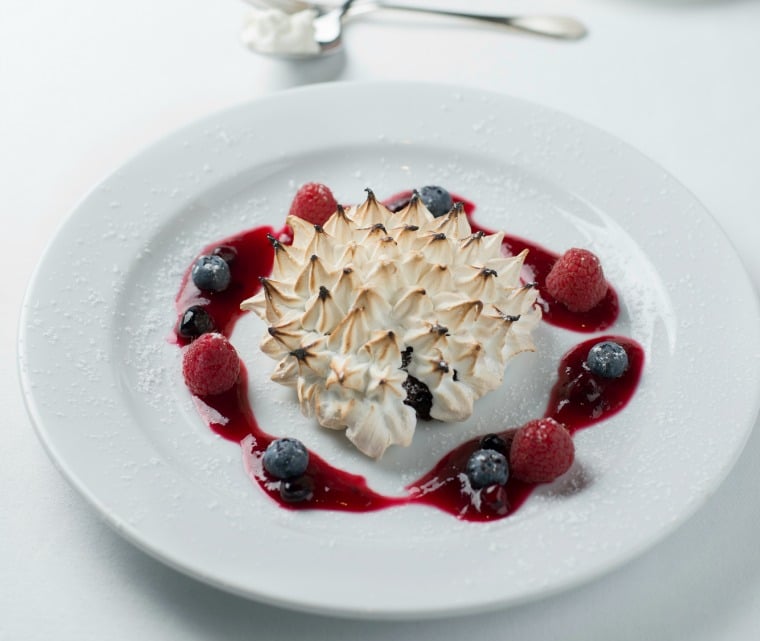 While we still aren’t sure what the big deal is with the Baked Alaska, we would love to know your thoughts on the age-old cruising tradition. Baked Alaska Parade – love it or hate it?