Virgin Voyages are bringing about a sea of change. With Richard Branson at the helm, you had better believe they’re ripping up the rule book and rewriting the future of adult-only cruising as you know it. Hold on to your hats and ready your sea legs, Sailors – there’s nothing innocent about cruising Virgin style.

A cruise with Virgin isn’t for everyone and that’s just how they like it. Ballroom dancing and buffets are out; boozy brunches and live gigs are in. RockStar suites and vegan nosh could have come straight from the streets of NYC; close your eyes during sun salutations at tomorrow morning’s restorative deck-top yoga and you could well be in LA. And while Virgin Voyages have hung on to the cruise ship signature spa, theirs is described as ‘a cross between a week spent in Bali and two hours at a café in Amsterdam’. The Redemption Spa is the self-preservation to last night’s Martini-fuelled self-indulgence, seaweed wraps and mudroom dips bringing you back to life, so you can do it all over again tonight.

Scarlet Lady is the poster girl of the Virgin Voyages fleet, having finally set sail in summer 2021. She’s soon to be joined by Resilient Lady and Valiant Lady, her sisters in a Charlie’s Angels-esque trio of seriously sexy ships aimed at cool cruisers who fancy something a bit different to the cliché beach clubs this year. Miami is the sultry starting point for a Virgin Voyages Caribbean cruise that swings by Costa Maya, San Juan, Puerto Plata and other ports enroute to Bimini, the cruise line’s very own beach club. In the Med, the likes of Mykonos, Corfu, Ibiza and Santorini promises effervescent island hopping.

Adult Only
All Dining
Fitness Classes
Events & Gigs
All Gratuities 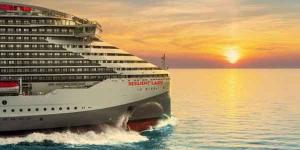 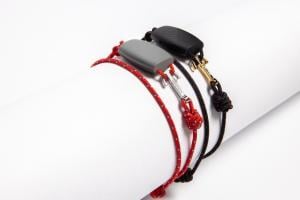