The itineraries, ranging in length from four to 42 nights and visiting over 90 ports, are on sale now ahead of the new cruise line’s launch in April next year.

Ambassador will begin sailing with just one ship, the 1,400 passenger Ambience, with a maiden season from Tilbury running from 6 April 2022 to 16 May 2023. The cruise line’s inaugural sailing is slated to be a four-night round-trip cruise to Hamburg. Fares start at just £369pp.

Destinations on the maiden programme for the first British cruise line launched in over a decade include the Caribbean, Cuba, the Norwegian Fjords, Baltics, Greenland, the Arctic, Iceland, the Canary Islands and the British Isles.

Though aimed primarily at the over-50s market, the cruise line will offer two dedicated multi-generational itineraries in recognition of the trend for holidaying with extended family. A 7-night Fjordland sailing on 6 August 2022 and a 14-night Baltic Treasure & St Petersburg voyage on 23 July 2022 will both welcome children and babies over six months of age on board.

Ambassador’s first ship, Ambience, was formerly known as Pacific Dawn and sailed as a P&O Cruises Australia vessel. It will be extensively upgraded ahead of its maiden cruise in April 2022. 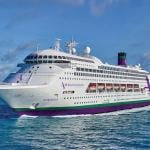 7 Things You Might Not Know About Ambassador Cruise Line 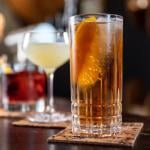 What is the Ambassador Drinks Package … and How Can I Buy It? 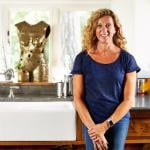