Celebrity Cruises to Base Seven Ships in Europe in 2023 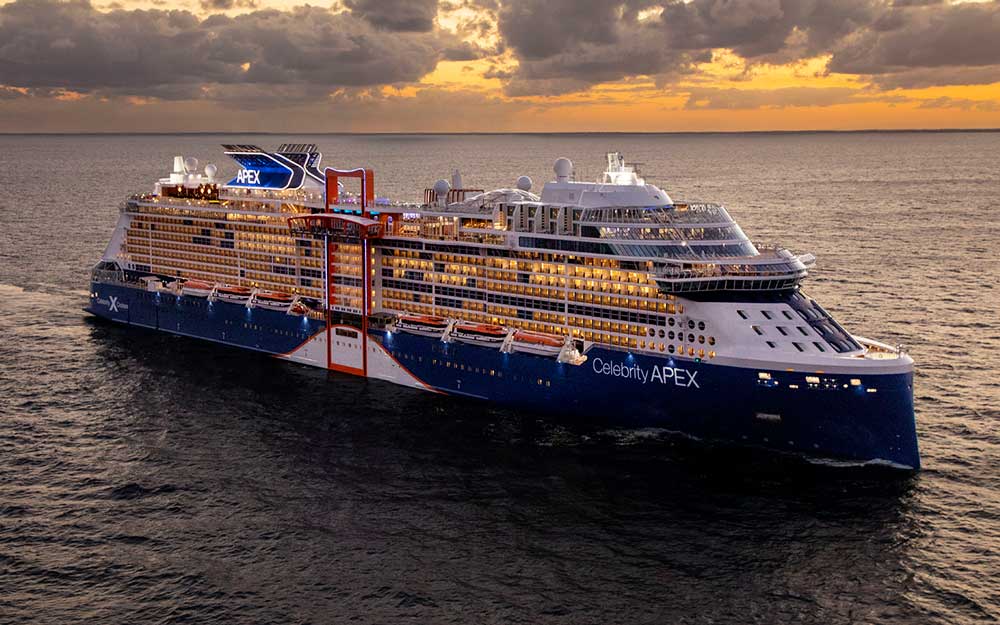 Celebrity Cruises has revealed it will deploy seven ships in Europe in 2023, including all three of its Edge-Class vessels.

The new Celebrity Cruises sailings season will feature more weeklong itineraries than ever before. There are also 45 overnight stays scheduled within the programme, including a host of new overnight stays including Flam, Lisbon, Jerusalem and Alexandria in Egypt.

Celebrity Apex’s call the Alexandria is part of the cruise line’s first sailings to Egypt since 2012. The new 10-night itinerary also includes Israel and ports in the Mediterranean. Apex will homeport in Amsterdam, sailing nine-night cruises to the Norwegian Fjords, as well as the British Isles, Iceland, Ireland, Spain and Malta.

Celebrity Cruises recently revealed that Captain Kate McCue will head up Celebrity Beyond following its 2022 launch.